"I felt like that gator had gotten in the lot to get my calves," said Hal Conover. 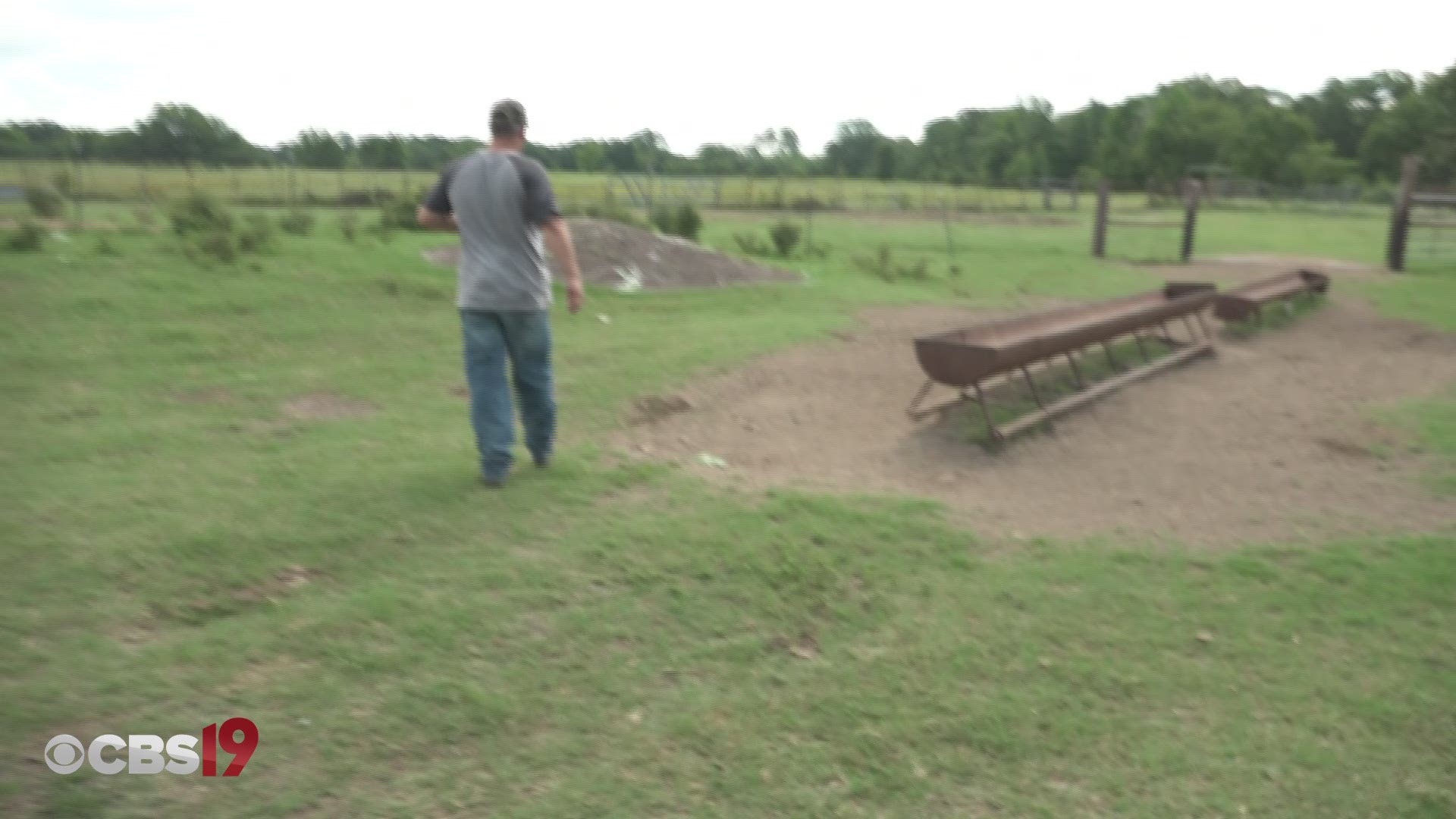 Over the years, Hal Conover said he's seen hundreds of alligators on his ranch outside Hawkins.

"They've all been small," he said. "They haven't bothered any cattle. I've never had any trouble with them; I've left them alone."

The most recent case was different. On June 4, his neighbor spotted a 10 foot, 5 inch long gator in the pen where he was weaning calves.

"I haven't seen any that aggressive," said Conover. "He was looking for a meal."

As the reptile tried to escape from the pen, Conover moved the calves to safety and called his friend Byron South for back-up. He successfully thew one rope around the gator before South and his son arrived.

"We got two ropes on him," said South, owner of Convergent Hunting Solutions. "So during that process is when I decided we oughta film this; this is pretty neat."

The video went viral in the days after South posted it on YouTube.

Rather than shooting the reptile, nuisance alligator hunters were called in.

As Tony Reeves and Terry Mills, licensed nuisance alligator trappers, worked to secure the alligator, it bit Mills, leaving him with minor injuries.

"I gotta give these guys credit," said Conover. "I was 25 feet on the end of a rope. These guys jumped on their back. That was that gator's only chance for survival."

They loaded the alligator into a trailer and transported it to East Texas Zoo and Gator Park in Grand Saline.

"My calves are alright, the gator's alright now and I think everybody turned out good."