Dispatchers, 911 operators reflect on the job

It's National Public Safety Telecommunicators Week, which means dispatchers and 911 operators are being honored for their service. 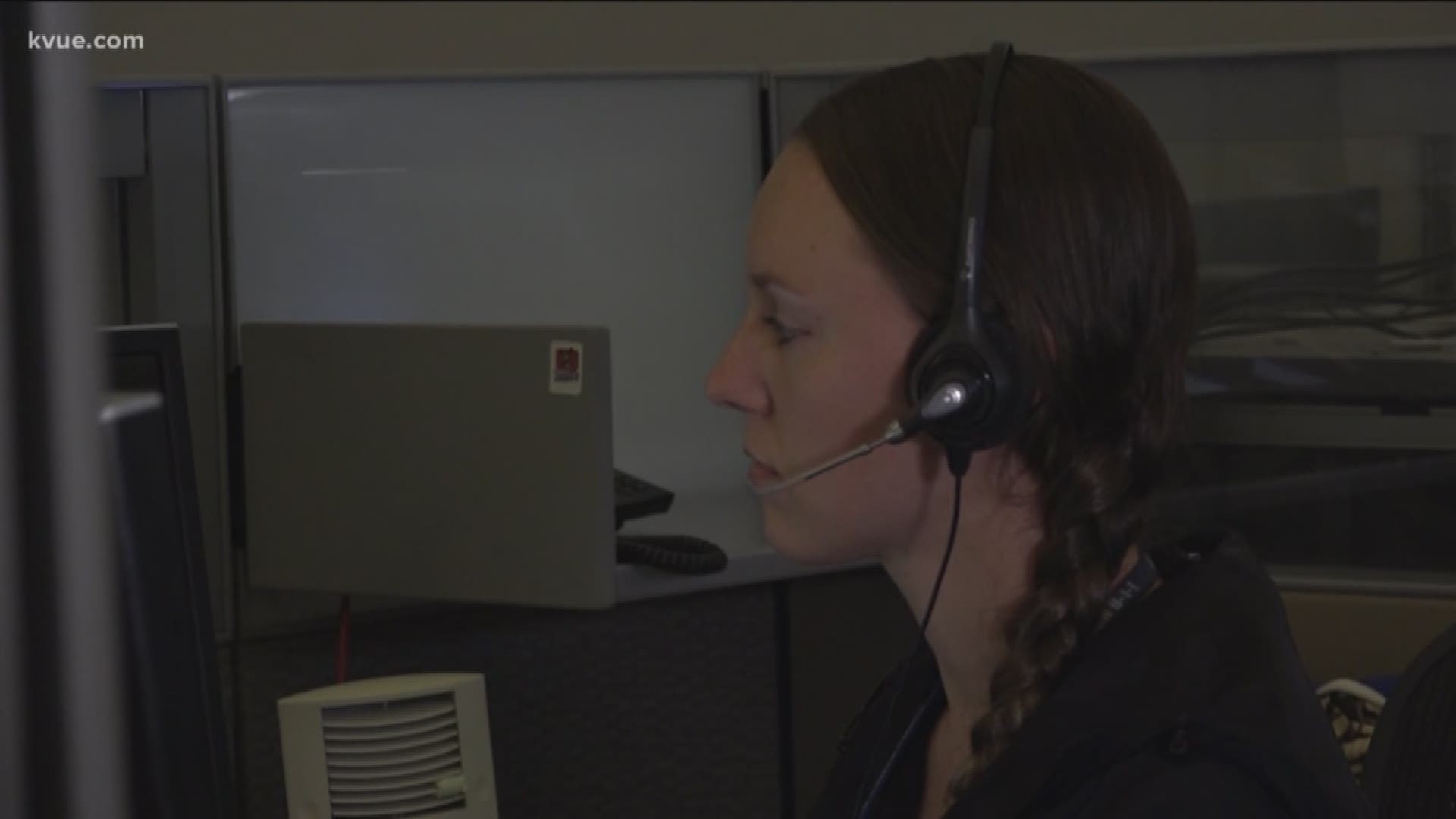 AUSTIN, Texas — They are the men and women who help save lives but rarely get recognized.

911 operators and dispatchers stay on the phone with victims during emergencies.

This week is National Public Safety Telecommunicators Week which, according to the Association of Public-Safety Communications Officials, is a week-long event initially set up in 1981 by Patricia Anderson of the Contra Costa County Sheriff’s Office in California.

Mark Smith has been a police dispatcher with the City of Austin for 25 years.

He applied for the dispatcher position years ago because he had worked in the military, helping in emergencies.

”When I worked in the Coast Guard, I was a radioman and I listened for boats go into distress and we sent emergency units out to them," Smith said. "So when I got the call, I decided to go out and take that call."

He said the job is rewarding when you are “able to find out that all your officers went home safely for the day."

Smith often has to work in coordination with 911 operators like Ashley Brown.

Often when people call in, they can be frantic, “having the worst day that they ever had.”

She said in one instance in particular, there was a woman who could not speak to Brown over the phone because she was being assaulted.

“She could only speak at certain points,” Brown said. “I had to pick up on what she was saying…I had to use our technology to pinpoint her location."

Thankfully, “They were able to get to her, and they ended up catching him. That was one that definitely sticks out to me."

Smith admits it is a lot of work sometimes.

“Sometimes, it’s extremely busy,” he said. “But it’s very rewarding to know that they trust me in what I do.”