Crepe Crazy is a restaurant where you can 'point and you shall receive.' 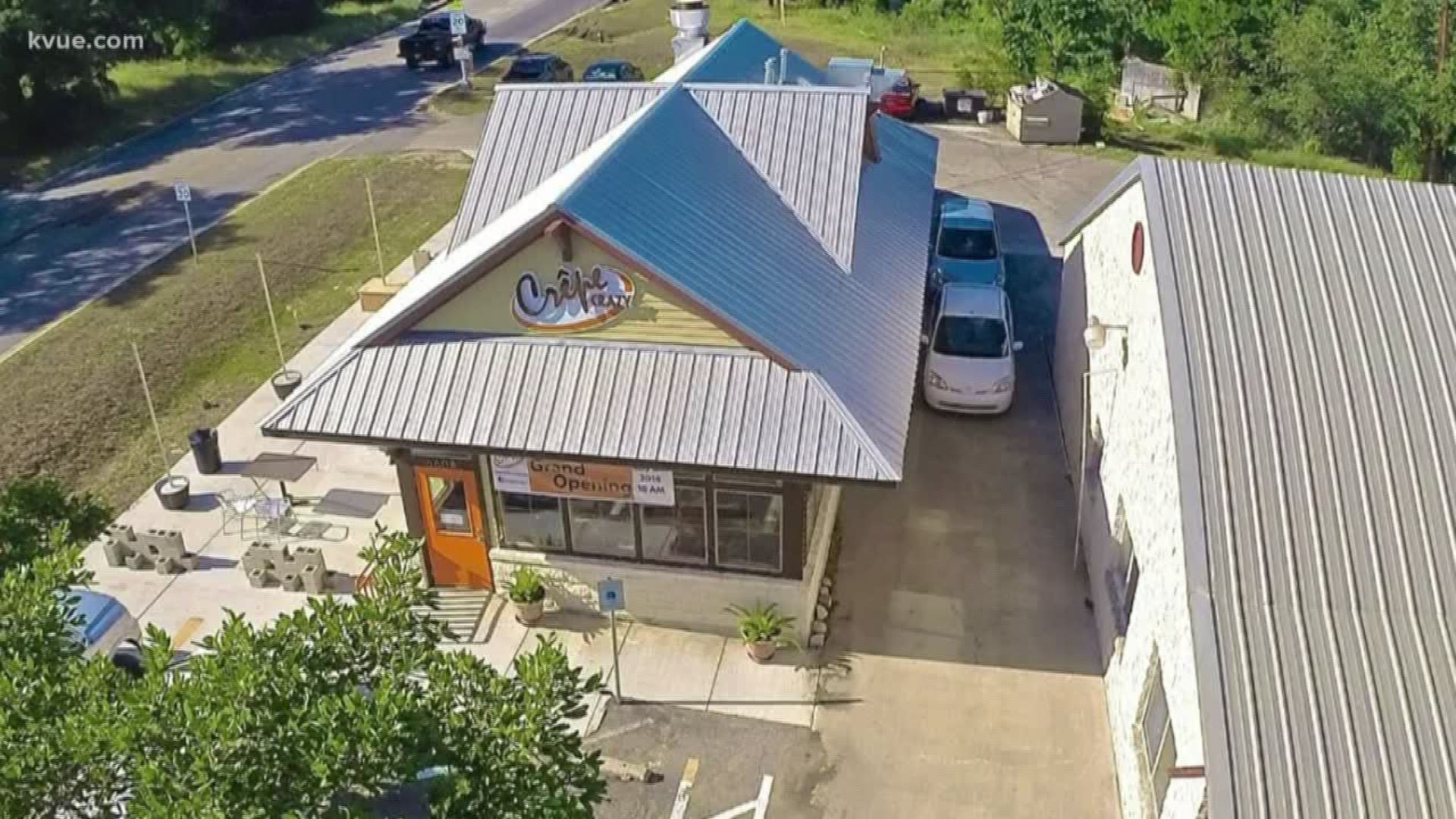 When you walk into Crepe Crazy, you’re greeted by the sights, smells and sounds of your typical coffee shop: the sweet aroma of fresh homemade crepes fill the room; coffee beans are grinding; plates are clinking and customers are chatting.

However, for those behind the counter, it’s silent.

Owners, Inna and Vladamir Giterman, are deaf. They have 30 deaf employees and three hearing employees who can sign. In addition to operating their two store locations in both Dripping Springs and Austin, they also cater food to several events and festivals throughout Austin and the state.

Business is great now, but the two came from humble beginnings.

Inna is from Ukraine and Vladamir is from Russia. Vladamir had a dream to share his mother’s homemade crepe recipe, so the two decided to move to America to try to start their own business.

On top of having to learn American Sign Language, they had to figure out which crowds they would best serve. In 2007, after realizing that they had to start small, they began serving up crepes at festivals. They said it wasn’t easy at first until they began setting up at events like Oktoberfest, the Pecan Street Festival, and other art/wine festivals.

“We started doing that, and we just took off from there. And customers would just -- they were standing in long lines. They would wait forever just to get these crepes because they were so unique,” signed Inna Giterman, sharing that the pair had always aimed to change up their crepe fillings. “It’s not what you typically see, you know like tacos, BBQ, what we normally see in Texas. So people were really excited to try it.”

After customers persuaded her and her husband to open a storefront, they opened the doors to their first location in Dripping Springs in 2014. She credits the community support there for helping them grow enough to launch their Austin location on South Lamar in 2015.

“Thanks to Dripping Springs and the people there, we got that first step," she said.

While maybe for most, it’s been an age-old rule that it’s impolite to point, but at Crepe Crazy it’s a great way to start not only the order but a conversation for non-signing customers.

“I think they feel confident just pointing at the menu and being able to communicate with our employees. Some customers don’t really know what to think like ‘oh, you guys are deaf.' So what helps is that we have signs that say ‘point and you shall receive.’”

Emily McKee and her fiance stopped by the cafe for the first time, sharing she was impressed by more than just her coffee and crepes.

“At first, I just really wanted to make sure we could understand each other, but it wasn’t intimidating at all. It was very kind -- just a very warm, open environment,” said McKee.

For fellow members of Austin’s deaf community, the Giterman’s said that in addition to serving up delicious food, that it was crucial to also create another inclusive atmosphere, whether they’re looking to grab a bite or for a job opportunity.

Many of the employees at Crepe Crazy are college students. Giterman explained like any restaurant, they all greet their employees with a smile and sign “good morning.”

“One of the biggest things we do here is hiring deaf employees because it’s frustrating as a deaf individual trying to find a job in the hearing world. As a hearing person, you can go to any job and be able to communicate with people in your environment, so we really try to provide that same environment for our employees here.”

More than a business, the restaurant has helped to bridge the gap between different communities who may not always know what to say to one another, or much less how to do so.

“It seems that, they’re like ‘wow, deaf people can own a business.’ And why not?” Giterman said. “Deaf people can do anything. The only thing they can’t do is hear.”

KVUE would like to extend a special credit and sincere thanks to Allison Abenchuchan who was the ASL interpreter for the interview.