If you love what you do it will never feel like work. An Austin couple says they have found that magical formula in the world they've created and they are transforming lives. 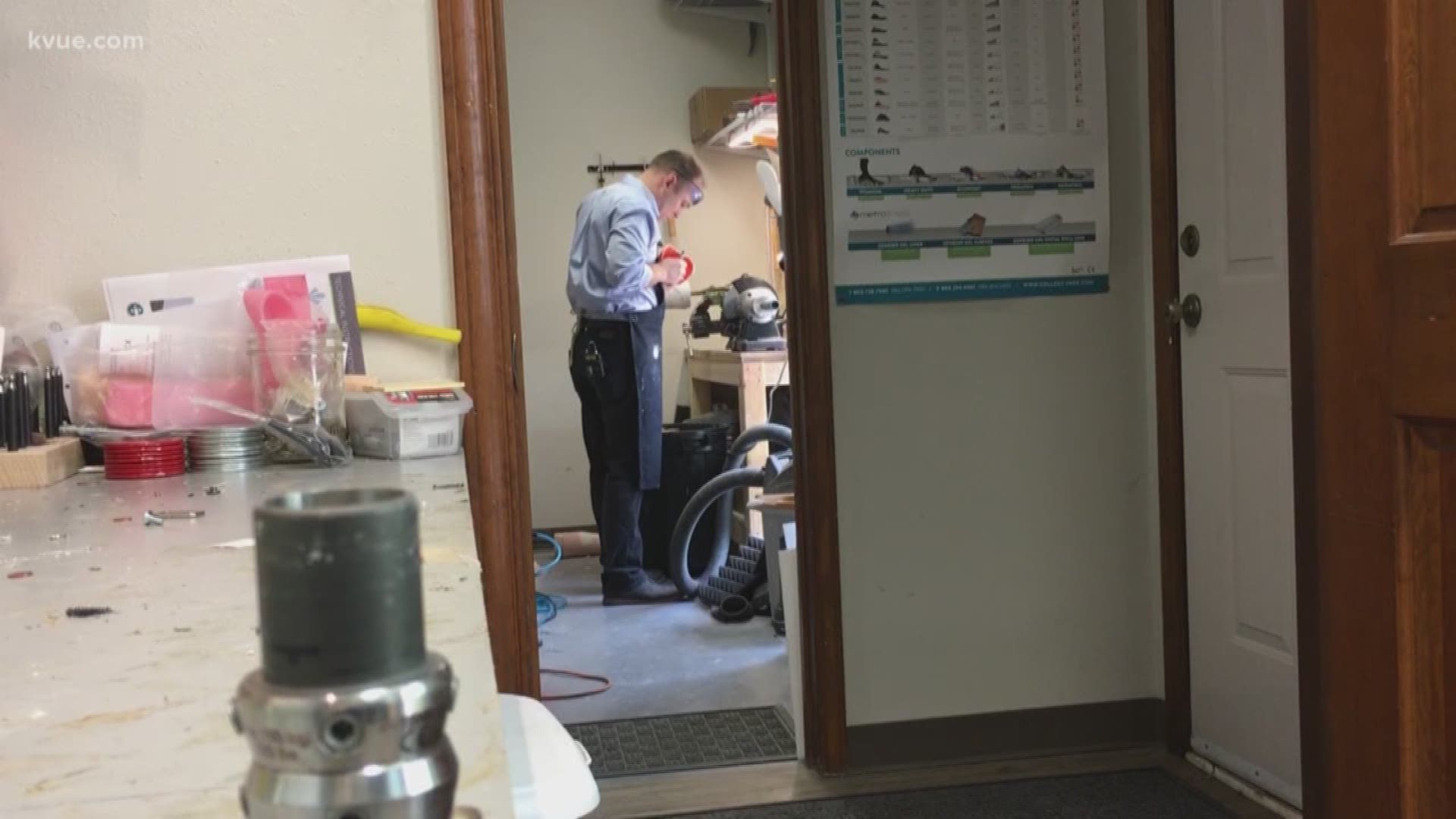 AUSTIN — Sometimes going out on a limb can change more than your life.

Chase Brown transforms lives every day in this small Austin workshop in the back of Capital Prosthetics and Orthotics.

It's a business he started with his wife Megan two years ago.

Giving people their lives back

Handcrafting prosthetics for people who have lost limbs: “It's a lot of work. I've been working on this one for probably close to two months,” said Chase Brown. “It’s humbling.”

“I was 60 years old when I climbed over a fence in blue jeans,” said Laura Roberson. After breaking her leg, Roberson suffered through eight surgeries only to face a life-changing decision to amputate.

“He encouraged me,” said Roberson about Chase Brown. “He told me my life would be back to being whole again. I'm now doing everything I did before. I can still boogie. I can run after the grandchildren, and I go to work every day.”

“That's what I really like to do -- to get people back up and doing what they want to do. Not just back to work -- really help them get their lives back,” said Chase Brown.

It's something his family knows all too well.

Credit: KVUE
Meagan and Chase Brown first adopted Elijiah from an orphanage in Ehtiopia. He needed to have his leg amputated before he was two years old.

“We just knew it was something we were supposed to do,” said Meagan Brown.

The Browns always wanted kids. So they adopted Elias from Ethiopia.

“He had a leg deformity that required amputation. So after six months of being home and getting healthy, his leg was amputated just a couple weeks before he turned two,” recalled Meagan Brown.

In the process of searching for a second child, they found out they were pregnant. That didn't stop them from adopting Tessa.

Credit: KVUE
Tessa was born without legs and an arm, a rare birth defect and was left in an Ethiopian orphanage.

“She was born missing both legs and an arm,” said Meagan Brown. “We don’t know anything about wheelchairs at that point, so that was overwhelming. We would never have imagined that we would have had the opportunity to adopt someone as special as she is. A five-year wait seems long, but it certainly was well worth the wait for Tessa to be in our family.”

The challenges they face are real. It's a perspective these parents pour into their work.

“It brings not just credibility, but a connection with my patients,” said Chase Brown.

“We love getting to give people access to a whole life. They have opportunities to do anything. They aren't limited by disability in any way,” said Meagan Brown.

Chase Brown's motivation began at a young age. When he was a teenager he remembers going to a skate park and seeing a skater with one leg.

“We noticed at stickers on of his legs. I realize he was wearing a prosthesis. He had a hundred stickers on his leg, and I was just blown away. How does this kid who had a disability -- how was he one of the best kids in the park?” said Chase.

That memory stayed with him, and to this day, it’s the joy he sees in others that inspires him.

“One of my favorite things to do is getting somebody with a prosthetic the first time,” he said. “The first time they start walking, they stand up and they’re concentrating so hard, they’re not thinking about it. They don’t even realize that they’re up and walking. So my favorite thing to do is to say 'stop, look, you’re walking on two feet.' I love those moments.”

“It can be, and I forget that sometimes,” said a teary-eyed Chase Brown.

The Browns live what they love.

“I don't want their lives to be limited anyway. So whatever I can do to help with that I will,” said Chase Brown.

They prove every day that the greatest measure of success isn't necessarily what you do but the impact you have on those around you.

Prosthetics have come a long way. The Browns make limbs that allow people to swim, and they are working with a client right now in hopes of getting him back to surfing.