These women define beauty to include their disabilities. 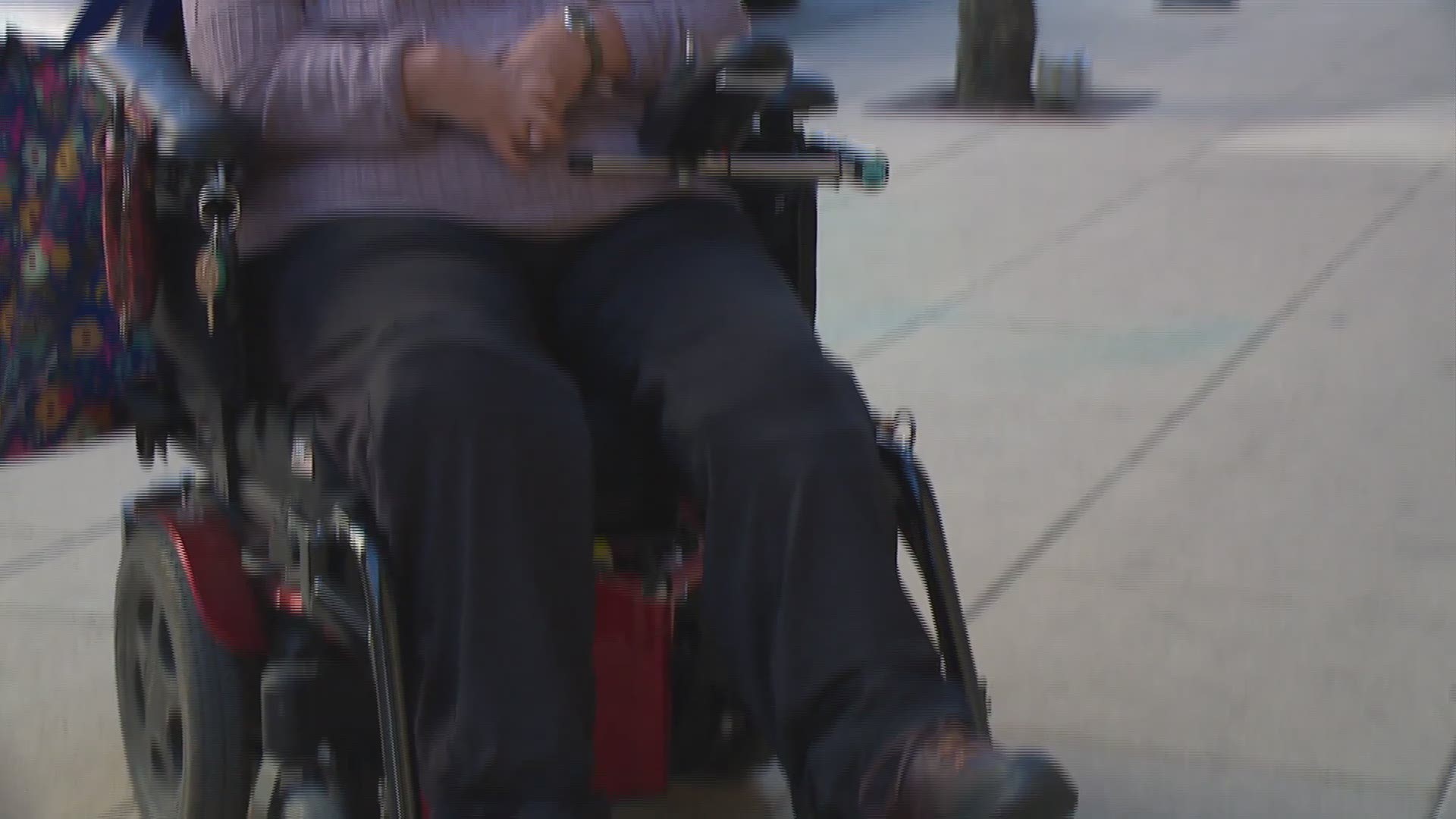 With each click, the camera captured Lopez's features: a million dollar smile, mounds of curly brownish red hair...and the one thing she said was ridiculed for growing up.

"I had people who asked a lot of questions, thought that I was contagious. I had so many negative reactions in society that that became incorporated into my being that I started to think as myself as ugly, freakish," Lopez said.

Lopez was born with a rare birth defect that confines her to a wheelchair. The condition is called arthrogryposis multiplex congenita or AMC. She has a live-in attendant who helps her groom and eat.

She grew up with the idea, "How can someone with a disability and deformity be beautiful?"

But that's not how she sees beauty now.

In fact, she agreed to be part of the "Bold Beauty Project" to heal herself.

As a disability advocate, she had something to prove.

"Kind-of put my money where my mouth is because I'm always telling women with disabilities that beauty is within before it's without," she said.

Lopez is one of 20 models in the Bold Beauty Project. All of the women include their disabilities when they define their own beauty.

Bob Cook is in charge of the project. He said he couldn't help but get involved.

Come February, the project will be on display on the second floor of Austin City Hall.

That's where Cook showed Lopez her enlarged photo for the first time.

"We picked this one because hoping that people see it, it will make people smile," Lopez said.

The one emotion Lopez doesn't want is sympathy. That's not the point of this project.

Instead, the exhibit tells the story of women with unconventional qualities -- like their bravery and their journey -- that make them beautiful.

Before the exhibit hits City Hall on February 5, it will open at Messina Inn in Wimberley at 4 p.m.