This Washington teen built a rollercoaster in his own backyard 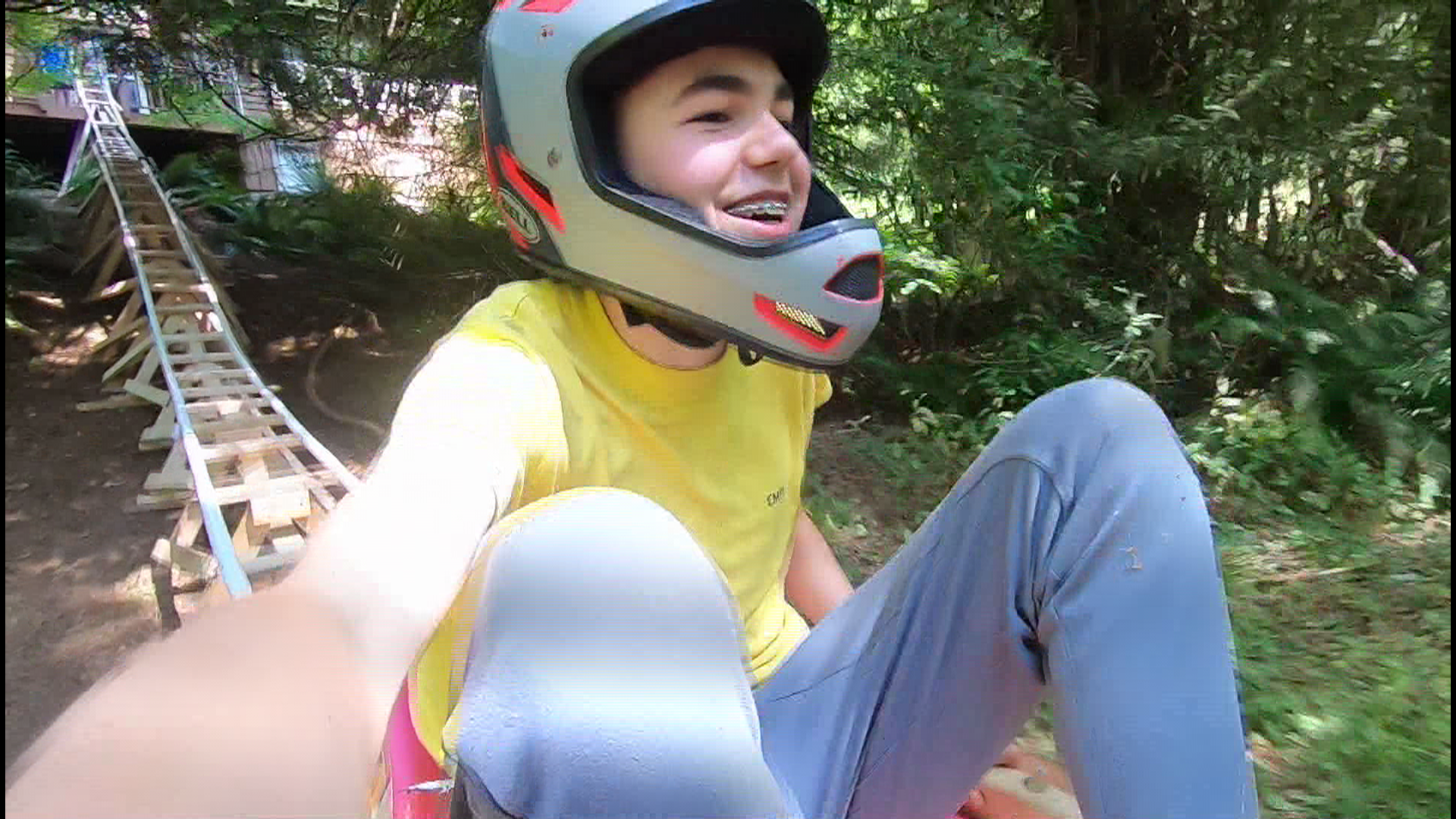 CARNATION, Wash. — After having some extra time on his hands due to the pandemic, tenth grader Jacob Simon decided to work on some projects. At the top of his list was to build a rollercoaster in his own backyard.

After doing some research on YouTube, the plan was to create a 2D rollercoaster — one that can go up and down with no left or right turns.

“In middle school, I took three semesters of woodshop. It really helped with the woodworking skills," Jacob said. "I think my parents felt pretty confident of my abilities to make something."

For his 16th birthday, all he really wanted was a truckload of lumber, PVC pipes, and power tools. And yes, he got them!

He first started working on all the individual segments a few months ago. Now, the rollercoaster runs from his grandmother’s home all the way to the driveway of his parents’ house.

Safety was extremely important for Jacob, so he follows the guidelines and tests everything with a helmet on before letting anyone else try out his DIY coaster.

“It feels professional to be honest, it's pretty impressive I will have to say,” said Jacob's brother, Luke Simon.

The backyard coaster was just the beginning for Jacob because now he has a waterslide from the roof of his parents' home, as well as two homemade swings. His next goal is to build a 3D rollercoaster out of metal.

As Jacob slowly but surely converts his home into an amusement park, it's safe to say that this teen has a passion for engineering.