Zoey Banks started Little Clay Goods as a favor for her mom. 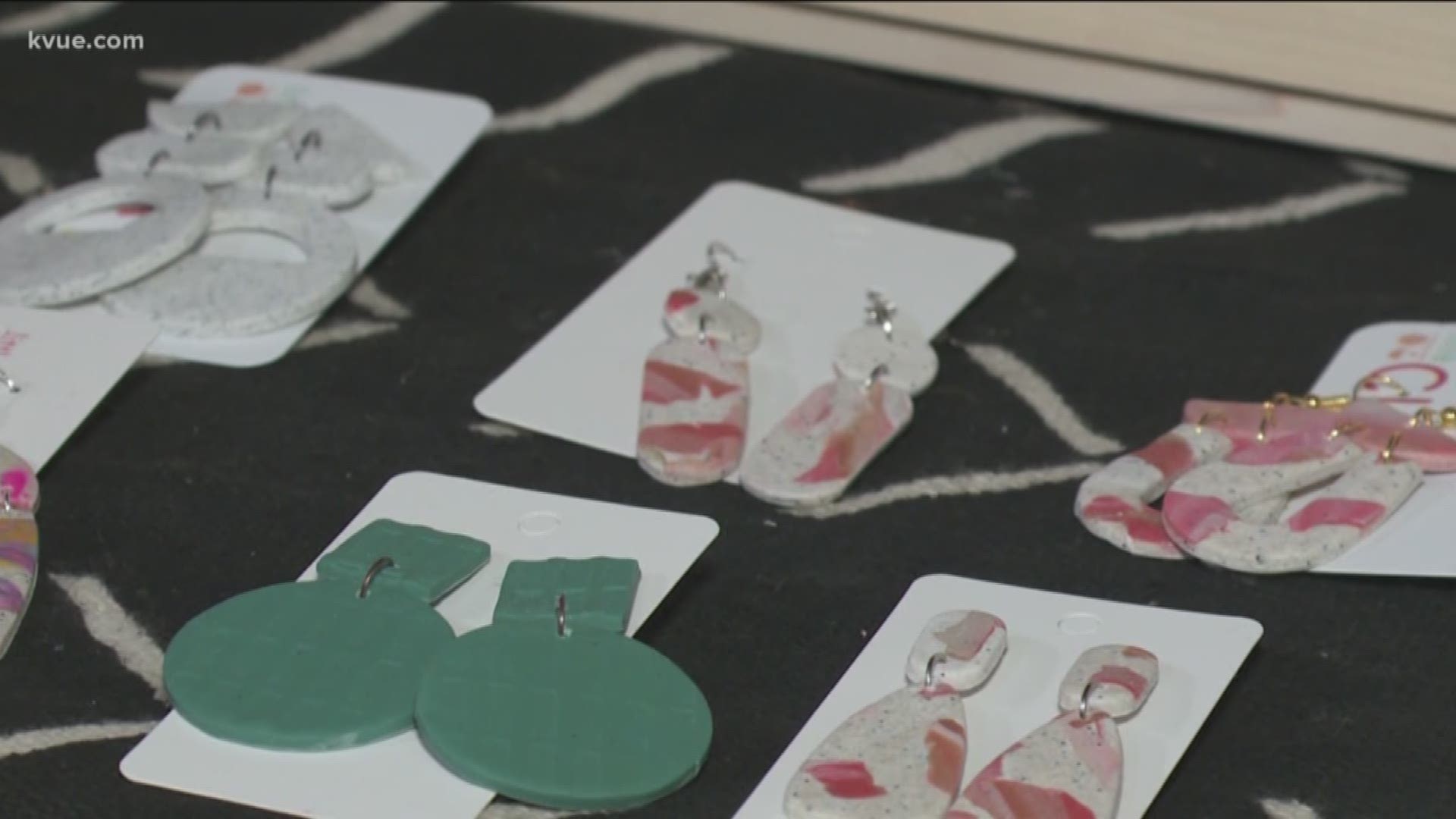 AUSTIN, Texas — Entrepreneurs are always looking for ways to make money. For nine-year-old Zoey Banks, it didn't take her long to figure out how.

Working the pasta-maker takes a few tries for Banks because her work requires perfection.

"You have to get the right shape and proportions or else they look too big or too small," Zoey, a Gullett Elementary School fourth-grader, told KVUE.

Her father, Mike, has been amazed by his little girl's talents for a while.

"Anything creative, she's always been able to just take it and really develop it pretty quick," Mike said.

Now Zoey is making jewelry out of clay. Something she got into by accident when her mother bought some clay earrings only two months ago.

"I said, 'Hey, can you make me some of these earrings 'cause I want more? I'll buy you all the stuff.' And she did," Heather said.

Soon, friends were buying earrings. But no one thought anything of it until a friend came back to buy more.

"And then she came back and she said, 'I'm obsessed with these and I need more.' She bought four more pairs," Heather said. "That was pretty awesome because it's not just 'I'm buying them because she's nine and she's trying to have this little business' but she's buying them because she thinks they're kind of great. That was the first time she felt affirmed and [like], 'Hey, people really like these.'"

"We decided to sell them because my mom was like, 'We already bought a lot of clay and I don't want this many earrings!'" Zoey said.

But it was the reaction at a craft fair this past weekend that shocked the family.

"I'm real surprised. You know, I was expecting $500 for the whole weekend but the numbers that she's put up is just crazy. I can't believe it," Mike said.

"I did really good," she said.

With the money, she bought an iPad, paid her parents back for the tools and clay and put the rest in savings.

With her mom's help, she will continue her business on Instagram and Etsy.

She's showing the world that you can never be too young to have a pie-in-the-sky dream.

"You don't have to be in your 20s, 'Oh, I can make this dream happen now.'" Zoey said. "Why not make it happen earlier so you can succeed?"