Shirley lived on 7th Street for years. She didn’t want help, until one team kept showing up

We spoke with Shirley, an Austin woman who was once considered chronically homeless but now has stability and security thanks to help from local resource providers. 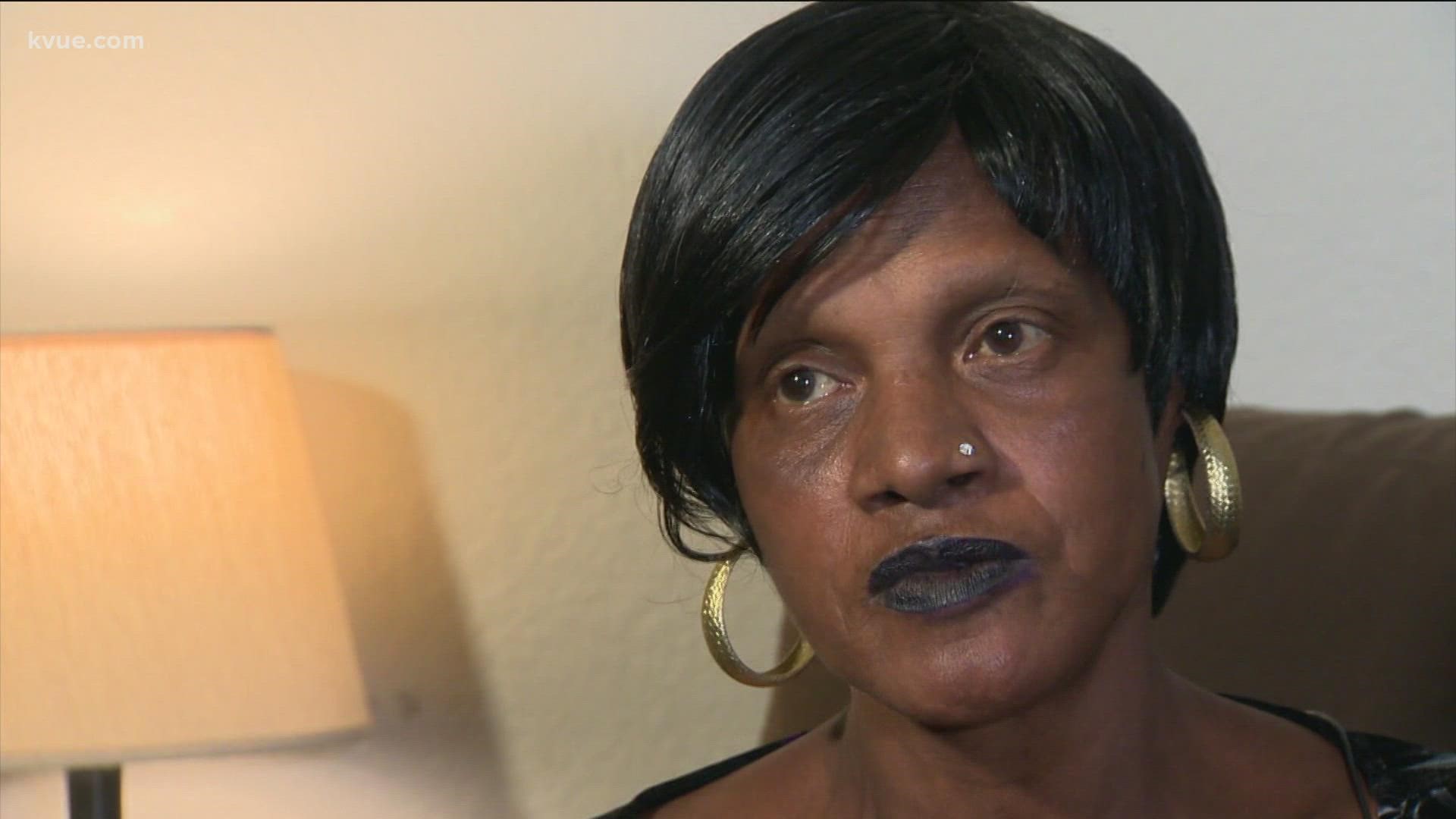 AUSTIN, Texas — When you first visit Shirley in her apartment, she will want to give you a tour. She’s incredibly proud of the small one-bedroom spot she calls home, saying sometimes she cries tears of joy just looking at it.

Shirley has a bed she loves. It’s a comfy place to rest her head after a day of appointments.

Many people may take a pillow, a blanket and a mattress for granted, but Shirley is not one of them. They're things she hasn’t always had.

The roof over her head as we walked through her kitchen on a rainy day is a blessing in her eyes, considering it was something she had to search for to find just a few years ago.

Shirley used to live outside on Seventh Street in Downtown Austin.

“We all lived down there as a big family because we were homeless,” Shirley said. “So we [were] all sharing the same thing. Some are better and worse than the other. But still, at the end of the day, we're still homeless.”

The time living on the street took its toll on Shirley.

“When you're homeless, you don't have no self-esteem or nothing like that because you're pretty much living like an animal,” she said.

Tony met Shirley when she was living in that condition. He said he knew that building a relationship with her would be key to getting her help. However, Shirley will tell you that she had no interest in Tony’s help.

“'God, why y’all keep coming? Why are you bothering me?'” Shirley said, remembering her thoughts after meeting Tony.

Tony is part of the Mobile Medical and Mental Health Care Team, also known as the M3 team. It started in 2019 as a collaboration between Integral Care, CommUnityCare and Dell Medical School.

“A person doesn't change overnight. It takes time. And to expect a person to just say, ‘Yep, I'm ready to go into housing, I'm ready to address my mental health, my physical health, my addiction’ overnight's unrealistic,” Tony said. “But for a person to simply say, ‘Yeah, you know, I do want to work with you,' from there we can continue working with the person even on days where they don't want to work with us. It's just continued engagement.”

PHOTOS: From homeless to housed

Tony is part of the Integral Care portion of the team and brings a unique perspective.

In two years, the team’s housed 37 clients, including Shirley.

Shirley said the consistency of the team shifted her perspective and she eventually allowed them to start the process of getting her help.

Shirley was considered chronically homeless, meaning she experienced homelessness for at least a year. She will be the first to tell you that she had to make the decision to help herself first before the M3 team could really make a difference.

“You have to want it. You know, they're going to extend their hand to you, but you have to grab their hand and take hold and don't let go,” Shirley said. “And I learned that the hard way, but I learned.”

“Yes, he did. Yes, he did,” she said with a smile. “Because I would have probably ended up drugging myself to death or somebody would probably end up killing me or something.”

After living life looking for her next meal or next high, she said she now has stability, security and joy.

WATCH: Veterans experiencing homelessness: Why it happens and what we can do

Former princess of Japan moves to US with new husband