Together, these couples will rule the galaxy – ‘til Death Star do them part 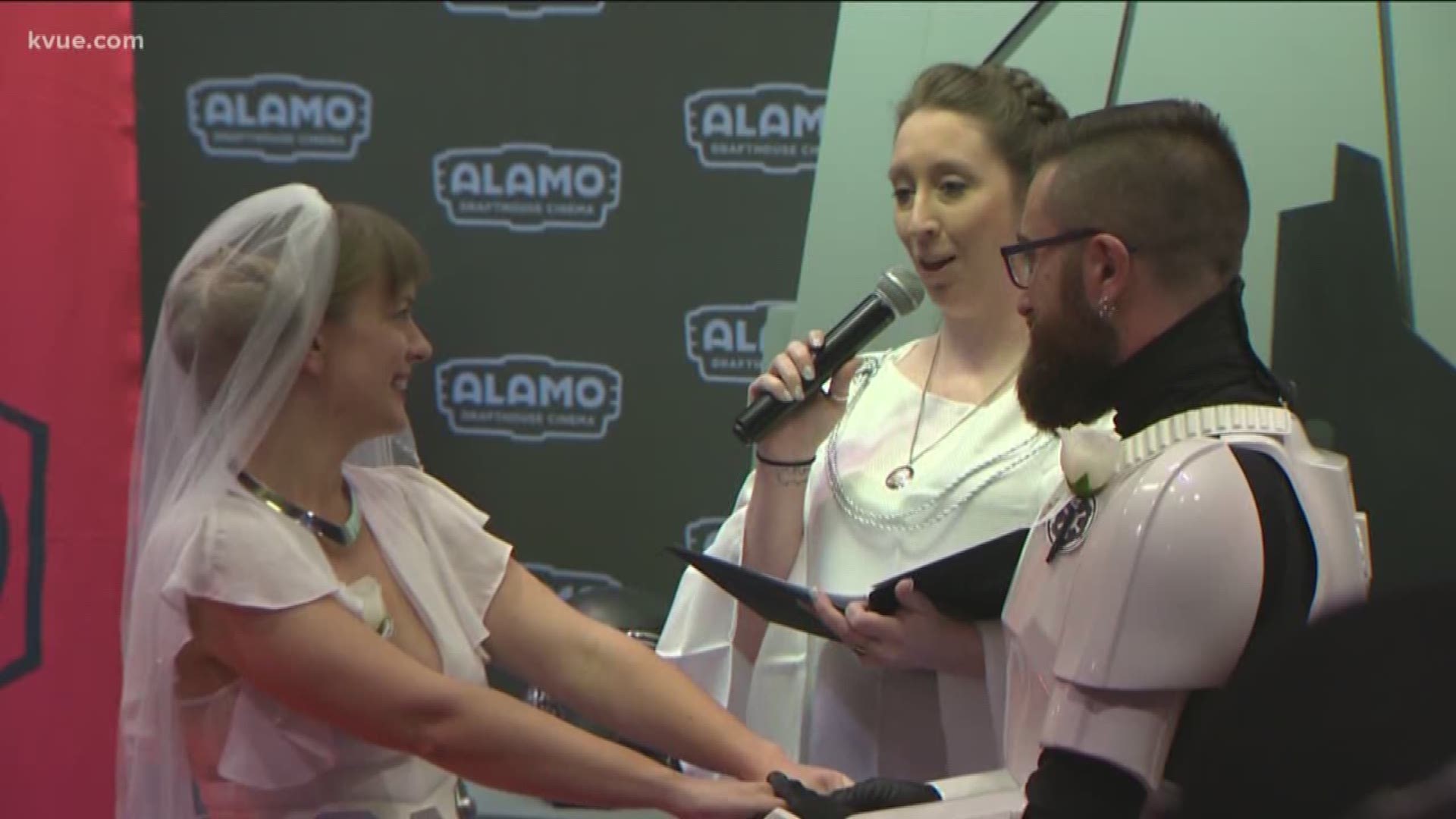 This may be the final chapter for the Star Wars saga, but it’s a new chapter in life for two Austin couples. Alamo Drafthouse hosted two wedding ceremonies for couples to commit their love to each other – and the "Star Wars" franchise, of course.

Before Andy Forbes and his fiancé, Wendee saw “Star Wars: The Rise of Skywalker,” their First Order of business was to get married in the lobby of the South Lamar Alamo Drafthouse.

"Star Wars" plays a big role in their lives. They own "Star Wars" props, costumes and Andy even has a tattoo dedicated to the series.

The Alamo Drafthouse is known for going above and beyond a typical movie theater experience. They have had all-clown screenings of “IT”, thrown family parties for “Frozen 2” and regularly host “movie parties” where fans can cheer, quote and sing along with some of their favorite movies.

The Alamo Drafthouse is making the final "Star Wars" release an ultimate experience for theater-goers with opening weekend celebrations. The movie theater started a Star Wars marathon Wednesday at 10 p.m., showing fans all nine episodes of the saga leading up to the Thursday screening of "The Rise of Skywalker." There are also special menu items that you might typically only find in a galaxy far, far away, including a Soba Fett Salad, Chewy Cookies and the Powerful Dark Force cocktail.

1 / 11
Brittany Flowers
Two Austin couples got married at Alamo Drafthouse ahead of Thursday's screening of "Star Wars: The Rise of Skywalker."