On the 30-minute walking tour, attendees walk to five locations, meeting characters along the way and trying to solve the mystery of the Scranton Strangler. 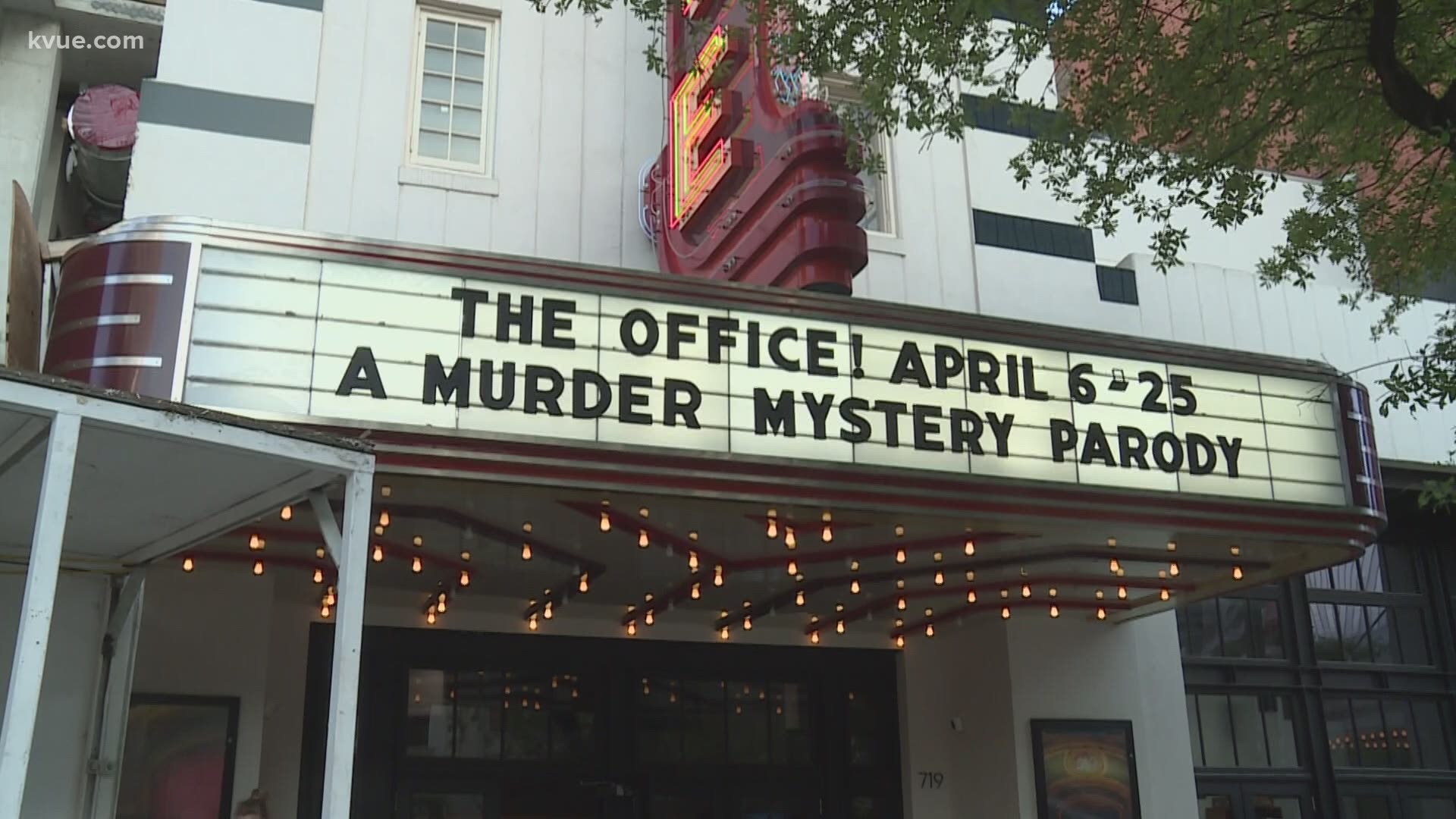 AUSTIN, Texas — The Paramount Theatre has an interactive theater experience for fans of "The Office." The Office Murder Mystery Parody is a 30-minute walking tour – part true crime, part comedy and created with COVID-19-safe protocols.

The creators, Bob and Tobly McSmith, had been doing the musical for two years, and then the pandemic hit.

"All theater went away, which was absolutely devastating for us, and theater in general," said Bob McSmith.

They decided to turn the musical into an outdoor experience where you can stay socially distanced from the actors, but also get to hang out with Michael Scott and your favorite characters from the show.

"We asked the actors to embody Michael Scott, to embody Jim and Pam and to bring their own selves into it," said Tobly McSmith.

The actors are made up of mostly Austinites who auditioned with Bob and Tobly McSmith through Zoom. Even the rehearsals were done through Zoom, while the McSmiths watched from New York.

On the 30-minute walking tour, attendees walk to five locations, meeting characters along the way and trying to solve the mystery of the Scranton Strangler.

"You know they've binge watched 'The Office' throughout the pandemic, so it's great to get out of the house and actually hang out with those characters you spend the pandemic with," said Tobly McSmith.

The Office! Murder Mystery Parody will be at The Paramount Theatre until April 25.