Teen from Douglasville makes Team Kelly on NBC's 'The Voice'

Danielle wants us to cheer her on -- and we will! 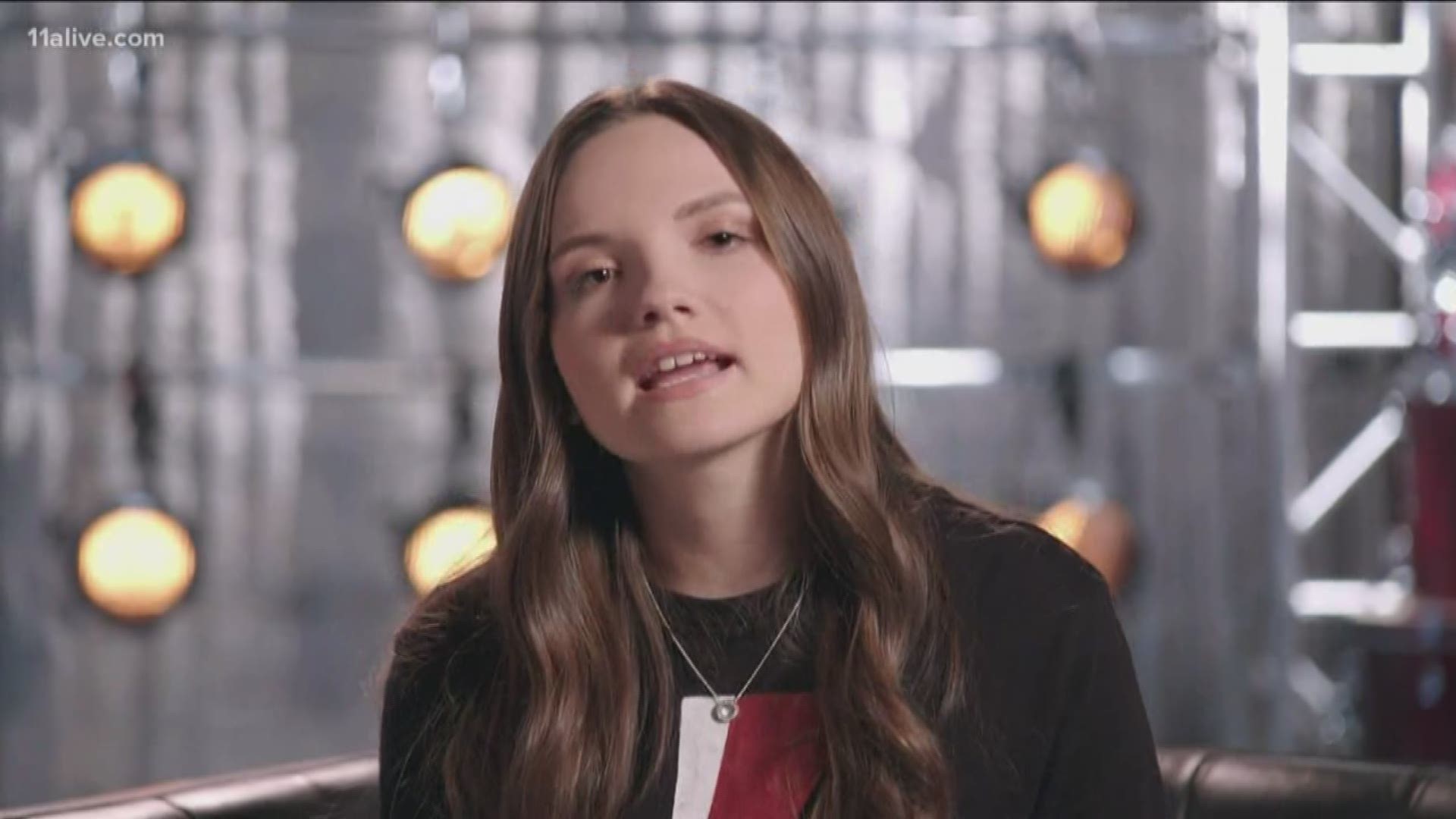 ATLANTA — The new season of NBC’s “The Voice” just kicked off and someone from Atlanta was featured on the show. Meet Megan Danielle! The 17-year-old Douglasville resident took part in the show’s blind audition and was featured during this season’s premiere.

Danielle wants us to cheer her on -- and we will.  The Georgia native was raised by her mom and picked up music as a child. She currently works as a waitress, dishwasher and cashier at a southern restaurant in Douglasville.

A rep. from the show said Danielle recently used her money from her gig to help her mom run the house, and recently purchased her very first car! Last year, a few hopefuls from Georgia took their chance on the hit singing competition show.

Marietta resident Alex Guthrie and metro Atlanta residents Hello Sunday both made it to the Top 20 on the show.

Guthrie sang “I’m Not the Only One” by Sam Smith and Hello Sunday performed “Almost Is Never Enough” by Ariana Grande & Nathan Sykes. Kelly Clarkson named Hello Sunday the winner of the knock out.

However, moments later Alex was stolen by Team Legend.

PHOTOS | Douglasville teen performs during blind audition on The Voice

The A-Scene first met Guthrie when he appeared in a commercial with Jennifer Hudson. The rising star’s career moved forward, as he hit the road and opened up for bands like Smash Mouth.

Guthrie learned to play guitar at 12 years old and later joined the school chorus and a garage band. At 16, he started gigging and skipped college to pursue music. When music wasn’t paying the bills, he explored his interest in reptiles and began snake breeding.

With some money in his pocket, he spent a year doing a 44-state tour playing music around the country.

He’s currently working on new music following his stint on the show.

Last season, Hello Sunday, made it all the way to the semi-finals, to the top 8, and were cut before making it to the final four.

According to NBC, "Chelsea and Myla both grew up singing in school showcases. They met two years ago at a performing arts camp and were paired together because they were the youngest. After hearing how well their voices blended, they decided to officially become a duo."

They attended an artist development camp to sharpen their skills, and after posting some music videos online, they started getting requests to sing at local events.

The Weeknd is coming to State Farm Arena this summer