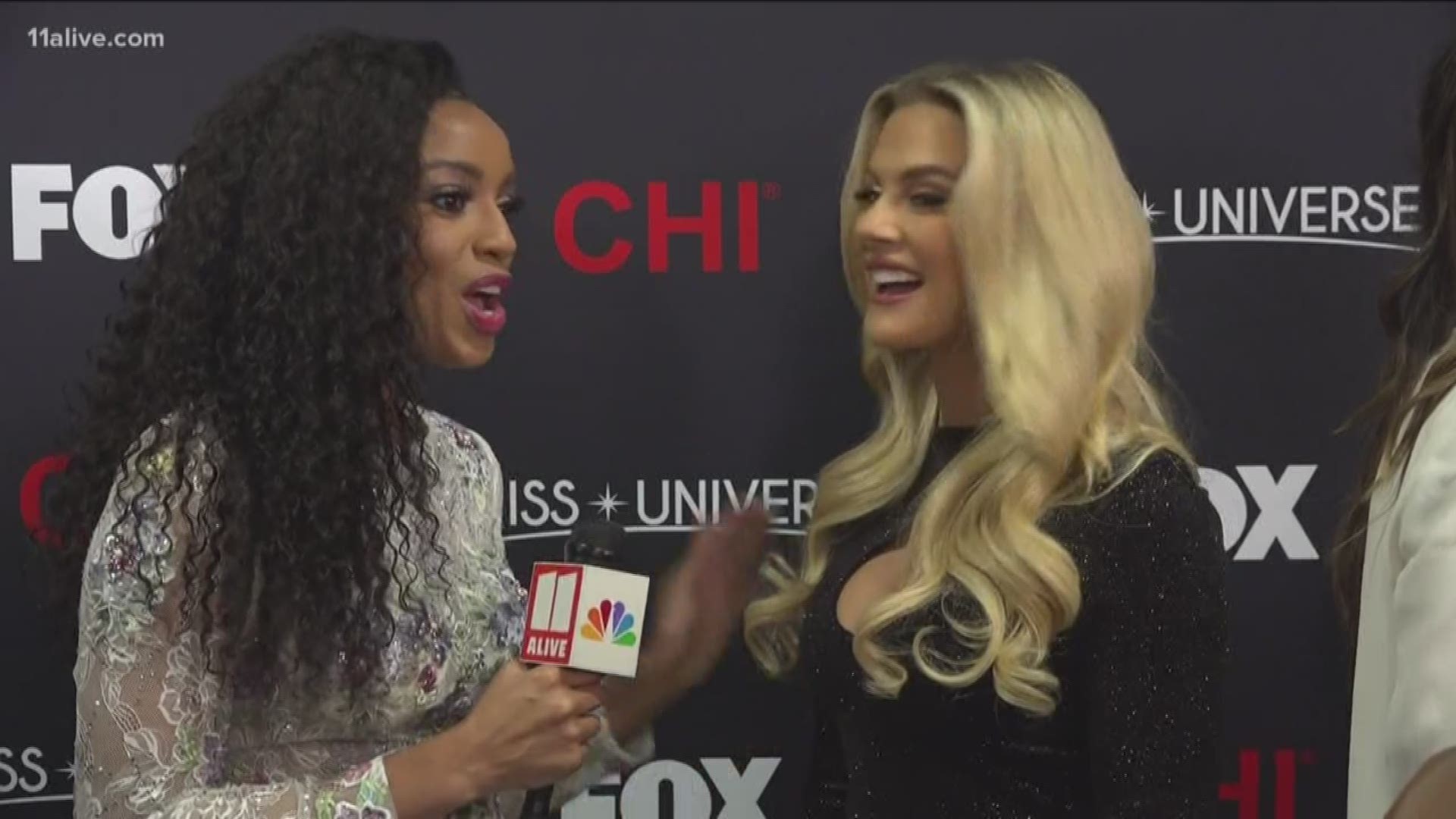 The 26-year-old's platform is fighting gender-based violence. She is currently studying public relations.

Tunzi will move to New York City where she will live during her reign and become a spokesperson for various causes alongside The Miss Universe Organization.

Ryan Dennis and Francesca Amiker, from 11Alive’s The A-Scene attended the red carpet leading up to the big event.

“I was just talking  about confidence. Love yourself in a world that tries to make you be someone else. It’s the hardest job to be yourself. We have to be role models. Telling these young women to embrace who they are,” Hampton said.

The awards show, which aired on FOX, was hosted by Steve Harvey and took place at Tyler Perry Studios.

“We have the whole world under one building here at Tyler Perry Studios in the Oprah Winfrey soundstage. I think this is history in the making, and I’m so excited to be here,” social media and beauty influencer Patrick Starr said.

The competition features women representing 90 countries on stage in swimsuit and evening gowns.

Prior to the Preliminary Competition, the Miss Universe selection committee meets with the contestants to understand each woman’s accomplishments and aspirations during individual interviews.

A Miss Universe tradition, the National Costume Show featured the 90 contestants in costumes that best represent their countries.

The annual event proved to be one of the most popular, fun-filled opportunities for contestants to share costumes that range from traditional to humorous, to inspiring, each making its own unique statement.

“I feel honored to be on this  big, global stage representing for other women, but also Latinas, that Latina power. It’s so beautiful and to see these incredible ladies from all across the globe come together for a dream its beautiful,” Brooke said.

Tunzi is taking home the Mouawad crown for Miss Universe 2019, which is worth a whopping $5 million.