On Your Side: Jacksonville man claims late buses put his job at risk

One man turned to First Coast News for help, claiming his job was put on the line due to issues with Jacksonville Transit Authority buses being late. 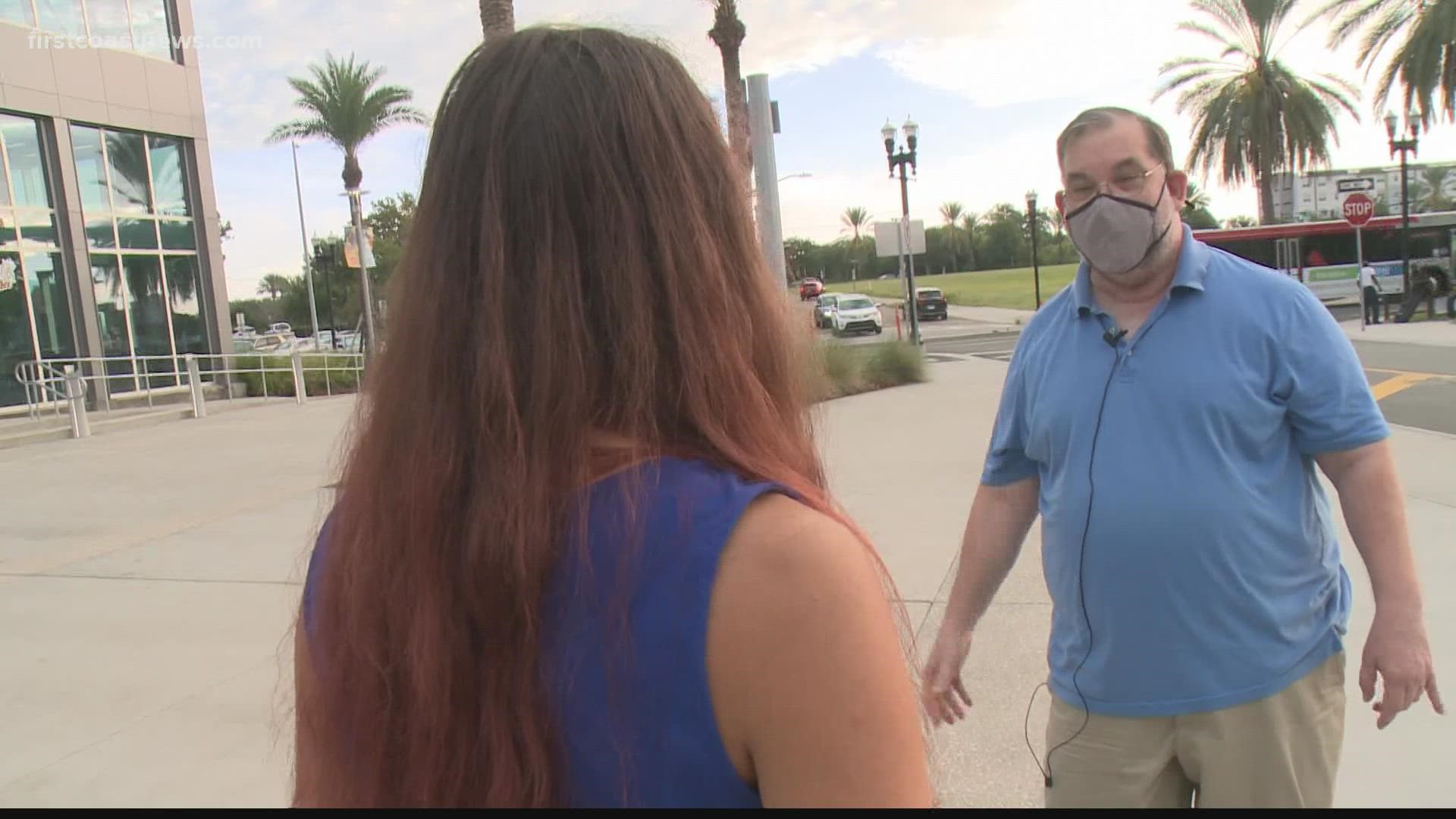 JACKSONVILLE, Fla — Do you rely on public transit to get to work and get home?

One man turned to First Coast News for help after claiming his job was put on the line due to issues with Jacksonville Transportation Authority buses being late multiple times a week.

Ken Robley says his boss has been very understanding about his being late to work, but then sometimes he has problems with the buses while trying to get home. A JTA spokesperson says they're trying to hire more drivers and adjusting routes in about two weeks; but also in two weeks, Robley could see the problem hit his paycheck.

"We're stuck waiting until the next bus gets here," Robley said. "Whether it's a few minutes or an hour or more."

Two to three days of Ken Robley's work week, he says he's stuck somewhere trying to get to work or get home.

"Aside from the obvious thing, being late for work, it puts an unfair strain on my coworkers and puts my boss in an awkward position," he said. "It puts me in an awkward position and when I run out of leave time, it's one of those deals that when you don't have the time on your books, you miss work, you don't get paid. So it impacts my livelihood there too."

The day after Robley talked with First Coast News, he left a few voicemails on his way home.

"Believe it or not I'm stuck in Arlington right now waiting for a bus," he said Thursday. "After waiting an hour and a half for a bus that never showed up, I took a second bus."

It took Robley three buses and a cab to get home Thursday. He says the most common problem is getting stuck at the JTA hub in LaVilla, where there isn't a back-up bus ready after this happens:

"When I'm coming in from Arlington, as often as not the bus driver will pull into the terminal here and then announce this bus is out of service," Robley said.

JTA didn't want to do an interview but sent responses to First Coast News's questions. On September 27, their service changes will add, extend and discontinue certain bus routes. They're changes based on customer feedback and JTA research and the spokesperson hopes it will help some of the problems.

Another problem is a national one: a lack of drivers. A JTA spokesperson says they need a minimum of 326 drivers; they have 290.

Until things change, getting home for passengers like Robley is still an undertaking.

"Hopefully I will be home sometime this evening, but where will I end up?" Robley said. "Your guess is as good as theirs."

First Coast News asked specifically what keeps happening with Robley's bus and if there's a most common reason for buses to go out of service. JTA responded with a list of reasons for bus delays: traffic, detours and accidents.