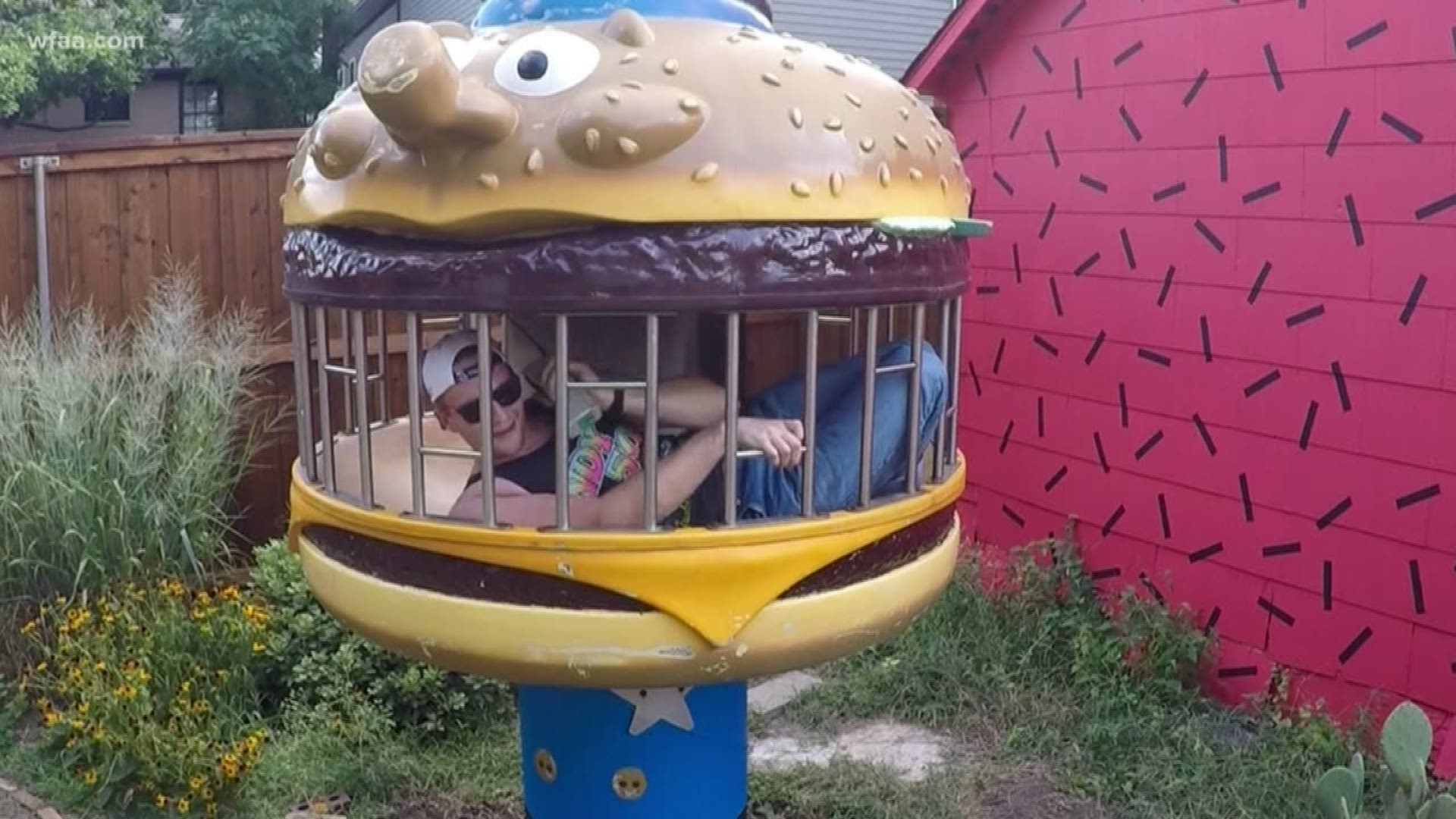 DALLAS — Of all the houses you might find on lower Greenville, there’s one that looks like all the rest. But step inside and you’ll see it’s a blast from the past.

It’s called "The Slater" and it’s the brainchild of Jeremy Turner and his wife, Kelsey.

“I kinda wanted to transport people back to their childhood if they grew up in the 90s,” Jeremy said.

Mission accomplished. Guests can watch “Saved by the Bell” in the living room or visit a replica of the show’s set in the dining room.

They can meet the Dream Team in one bedroom and New Kids on the Block in the other.

“I like to create things where, when people come into them, they feel really happy and light,” Jeremy said.

Of course, the place is filled with the latest and greatest in 90s technology, from the movies to the games and even the cell phones.

If guests get hungry they can find their favorite childhood cereal in the kitchen. There’s even a Big Mac: Officer Big Mac, straight from McDonald’s Playplace.

There’s even more that can’t be seen.

“I probably shouldn’t tell you this but I’m gonna tell you, there’s a secret room,” Jeremy said.

Anyone wanting to see "The Slater" themselves will have to book an overnight stay on Airbnb.