He originally was going to wear it at President Biden's inauguration. But, then decided to give it meaning. 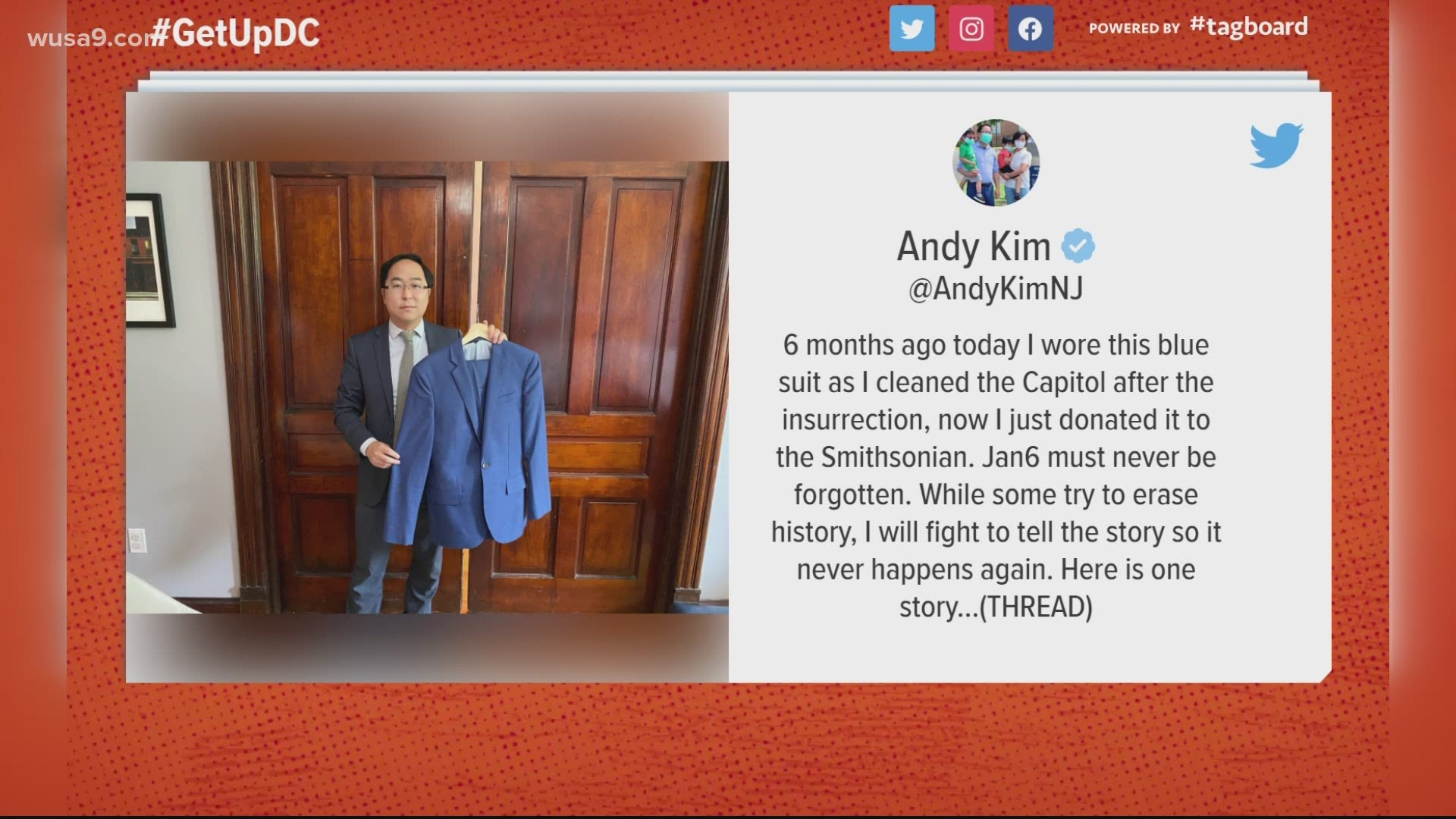 WASHINGTON — On Jan. 6, our country witnessed a moment that would change our history. An angry mob stormed the U.S. Capitol.

It's a moment that's still hard to comprehend.

Now, one of the congressmen who were there that day is working to make sure we never forget. Congressman Andy Kim of New Jersey is donating the blue suit he was wearing that day to the Smithsonian.

Rep. Kim tweeted a photo Tuesday, on the six-month anniversary. He then continues with a 17-post thread on Twitter, explaining how it was a simple suit, bought off the rack during a holiday sale.

He originally was going to wear it at President Biden's inauguration. But, then decided to give it meaning by wearing it when he confirmed the electoral college.

Following the insurrection, he wore the suit one more time. And that was on Jan. 13, when he cast his vote for impeachment of former President Donald Trump.

Rep. Kim wrote that the suit still had dust on the knees from Jan. 6. He finished the thread writing:

"It'll be surreal to one day take my kids to the Smithsonian and show them the blue suit behind the glass, " he tweeted. "I hope they grow to know the truth of January 6, but I also hope the story ultimately is one of hope and resilience. I hope that is what they and others see in the blue suit."

6 months ago today I wore this blue suit as I cleaned the Capitol after the insurrection, now I just donated it to the Smithsonian. Jan6 must never be forgotten. While some try to erase history, I will fight to tell the story so it never happens again. Here is one story…(THREAD) pic.twitter.com/GKePd1ZMrr

WUSA9 is now on Roku and Amazon Fire TVs. Download the apps today for live newscasts and video on demand.

Download the WUSA9 app to get breaking news, weather and important stories at your fingertips.