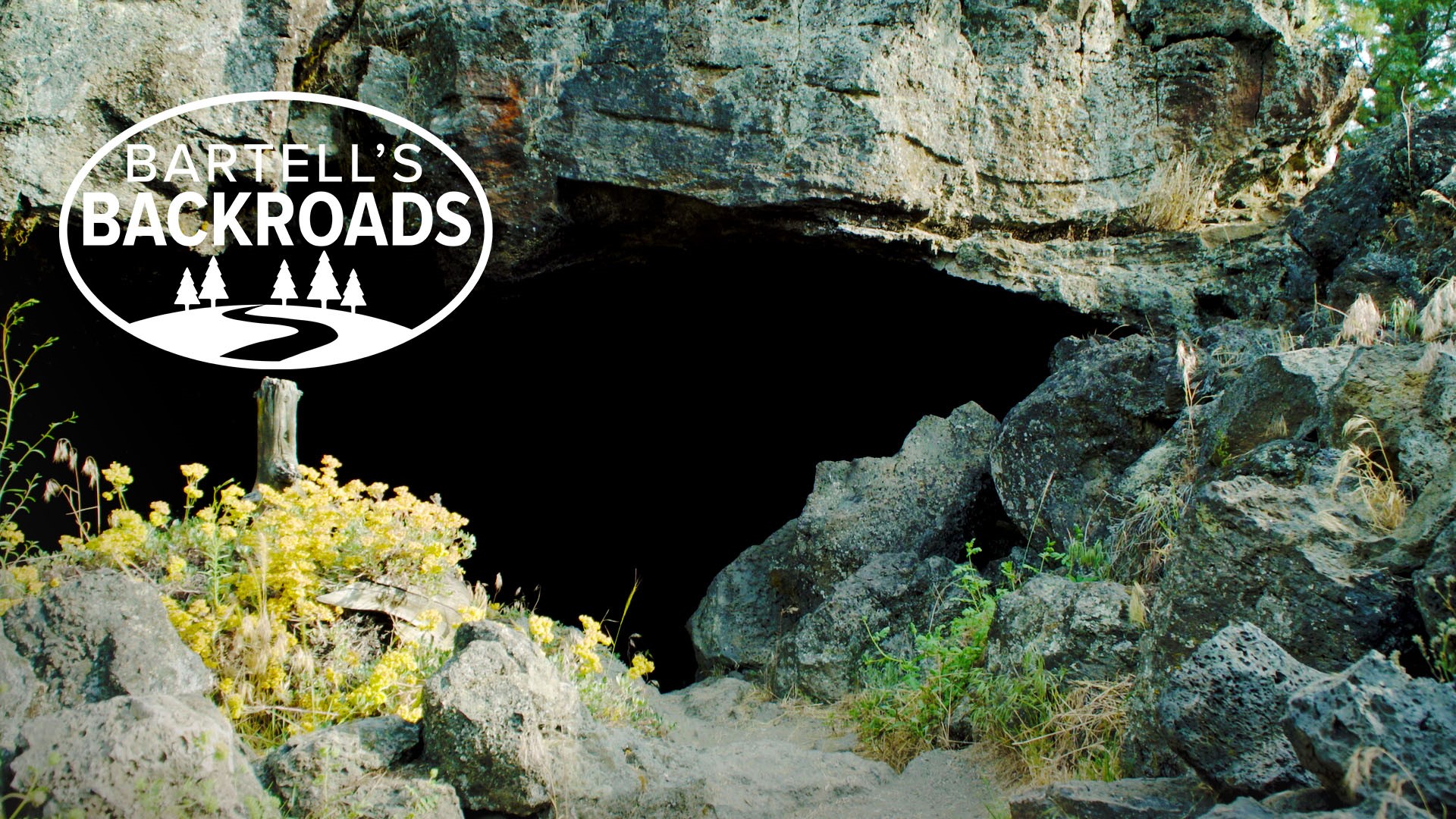 TULELAKE, Calif. — Without a map and clearly marked trails, it would be easy to get lost in the miles of underground caves that spiderweb throughout the Lava Bed National Monument.

Born from fire and rock, the landscape in Northeastern Siskiyou County was shaped and re-shaped by multiple volcanic eruptions. Above ground, Lava Bed National Monument is a weathered wasteland, but below the surface, it’s a whole other world.

Park Supervisor Larry Whalon says some of these tunnels were formed 40,000 years ago when molten lava boiled out of the ground and crusted over.

"These were not small events. This would have been something to see," Whalon said.

That crusty thin top layer of lava hardened while the fiery river of lava leached across the land for miles. Then, when the lava ran out empty tubes, lava rock was left behind. The Lava Beds look like a barren wasteland, but life does exist on the crumbled rock.

With the help of wind and rain, those small organisms are slowly breaking down the lava rock.

"This is all lava and you can see there is little organisms growing on there called lichen," Whalon said. "Generations will die on here but they will break the rock down."

TO READ MORE FROM BARTELL's BACKROADS:

Despite the harsh terrain, plants, animals and people have lived here for generations. California and Southern Oregon is the home of the Modoc people. The native Americans didn't live in the lava tubes, but this was a spiritual place for them.

"Of course the land to our north is agricultural land and that brought in settlers and lots of dispute," Whalon said.

Decades of conflict between settlers and the Modoc lead to an expensive and bloody war. One thousand U.S. soldiers chased the Modoc people into the Lava Beds. After six-months of fighting, food supplies ran out and the Modoc had no choice but to surrender and move to a reservation far from the land they once called home.

This place has a violent past. Created by fire and rock, the land and the culture has seen a lot of change and this place will continue to see change.

"But there still is a lot of material that could come down the mountain and it could happen any time," Whalon said.