"He had a choice in where he wanted to and I thank him for doing it here in his hometown," a fan said. 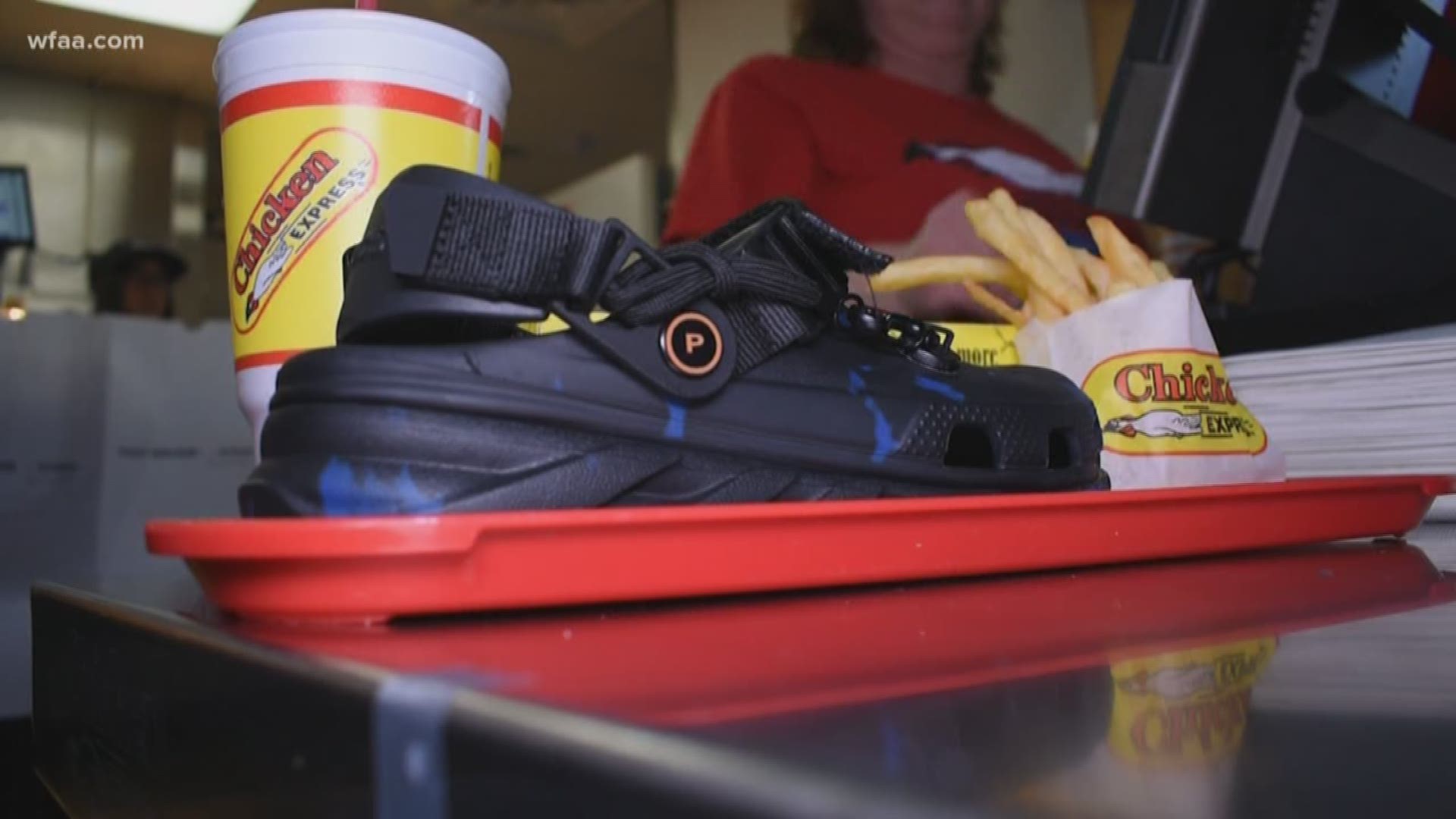 Each customer who made a purchase at the Chicken Express just off Highway 114 received a free pair of the new Crocs Duet Max Clog.

It's the same fast-food restaurant where Post Malone worked before becoming one of the most popular artists in the world.

Instead of holding the giveaway in New York, Los Angeles, or anywhere else in the country, he chose his hometown, surprising fans like Bronwin Hagist.

The artist tweeted about the giveaway at 9 a.m.

The first person showed up in line minutes later. By the time doors opened at 10:30, there were hundreds of fans lined up around the corner.

“It’s wonderful,” Allen said, about celebrating his success.  “We love him.”

The world-famous rapper did not make an appearance at the giveaway, but fans like Eugene Dirks said the experience was an unexpected and welcome surprise.

“He had a choice in where he wanted to and I thank him for doing it here in his hometown,” Dirks said.

Fans walked away with their own black and blue signature Crocs six days before they hit store shelves on Dec. 10.