The pop-up performance was an impromptu stop in the band's #MarsAcrossAmerica tour, promoting its fifth album, America, which premieres Friday April 6. 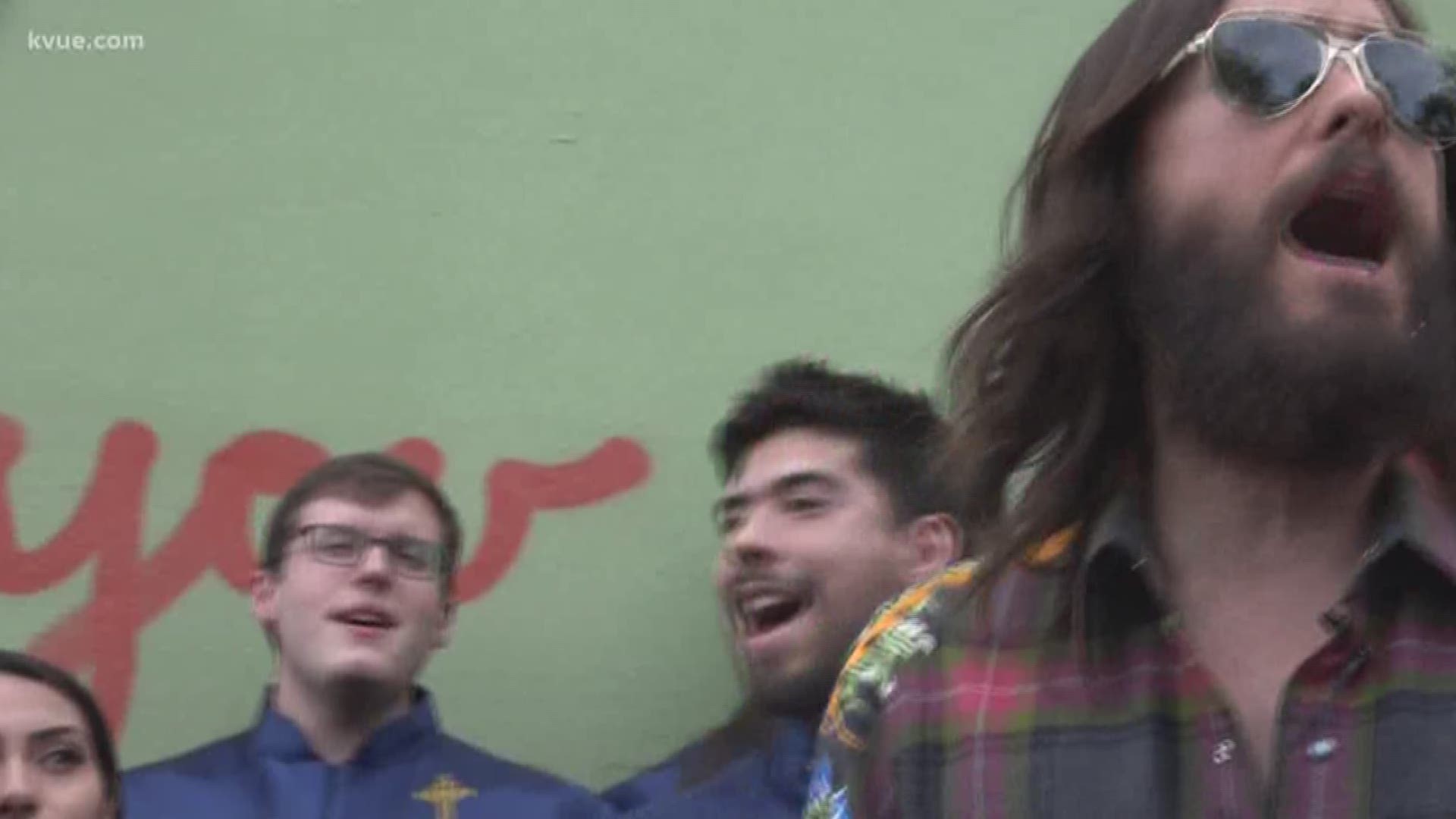 AUSTIN — AUSTIN -- Academy Award winning actor and lead man in the rock band Thirty Seconds to Mars Jared Leto joined hundreds of Austinites and a choir in front of the "I love you so much" mural on Wednesday for a pop-up performance.

The band announced on Twitter Wednesday it would be performing at the mural outside Jo's Coffee in Austin.

COME SING WITH US

"I think I've had a crush on him for ten years now, since I was eight years old, literally," an audience member told KVUE. "But, yeah, it was the first time that I saw him live, and I'm going to see him again in July when he comes to Austin for his concert."

After the performance, Leto gave out 50 tickets to their concert on July 7 to audience members.

The pop-up performance was an impromptu stop in the band's #MarsAcrossAmerica tour, promoting its fifth album, America, which premieres Friday April 6.

Listen to some of Thirty Seconds to Mars' new AMERICA songs below.