"The main reason people come here is that it is the Live Music Capital of the World," said William Brannam, Cedar Street Courtyard owner. 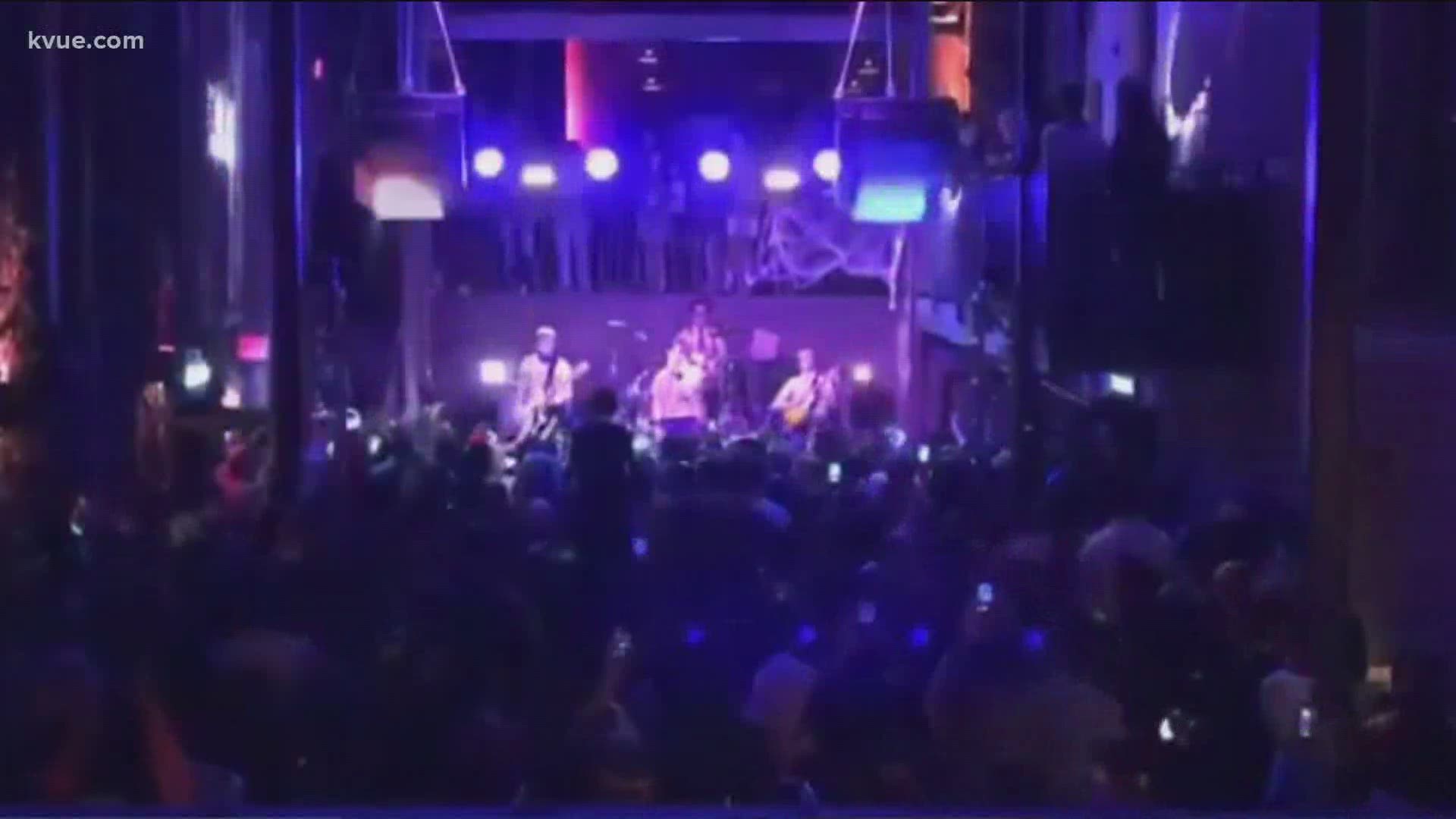 "The main reason people come here is that it is the Live Music Capital of the World," said William Brannam, Cedar Street Courtyard owner.

Live music is the air running through the lungs of Austin.

"You could go anywhere downtown a year ago and you would have 200 musicians playing," said Brannam.

But now, live music in Austin is in jeopardy.

Venues like Barracuda have already permanently closed. Others such as Cedar Street Courtyard in Downtown Austin are sitting in silence, temporarily closed due to the COVID-19 pandemic.

"I know venues that have been around for 20-plus years that may very well not be around anymore," said Brannam.

Brannam and his partner, Kevin Ship, said their place could be next.

The survey also showed that 67% of live music venues are paying less than half of their rent balance.

"If we go a few more months, we won't even be able to pay the reduced rent," said Brannam.

"We usually can make enough money to pay our bills for the entire year during SXSW," said Brannam.

Brannam said if live music venues could reopen at 25% capacity, he believes they will have a fighting chance to make it through the pandemic.

Brannam said, thankfully, he was able to move his employees at Cedar Street Courtyard to his other live music venue and restaurant: Emerald Point Bar and Grill.

“It’s still not the same," said Brannam. "They are not making the money they were making and not working as many hours."

With no clear understanding of when live music venues will get relief, you have to wonder what would Austin be like without live music.

Brannam said it is up to the government and the public if live music venues will be in Austin come 2021.

As Texas morgues fill up, refrigerator trucks are on the way in several counties