School of Rock in Round Rock brings students together during pandemic

The students are finding ways to rock out together, even if it means getting a little unconventional. 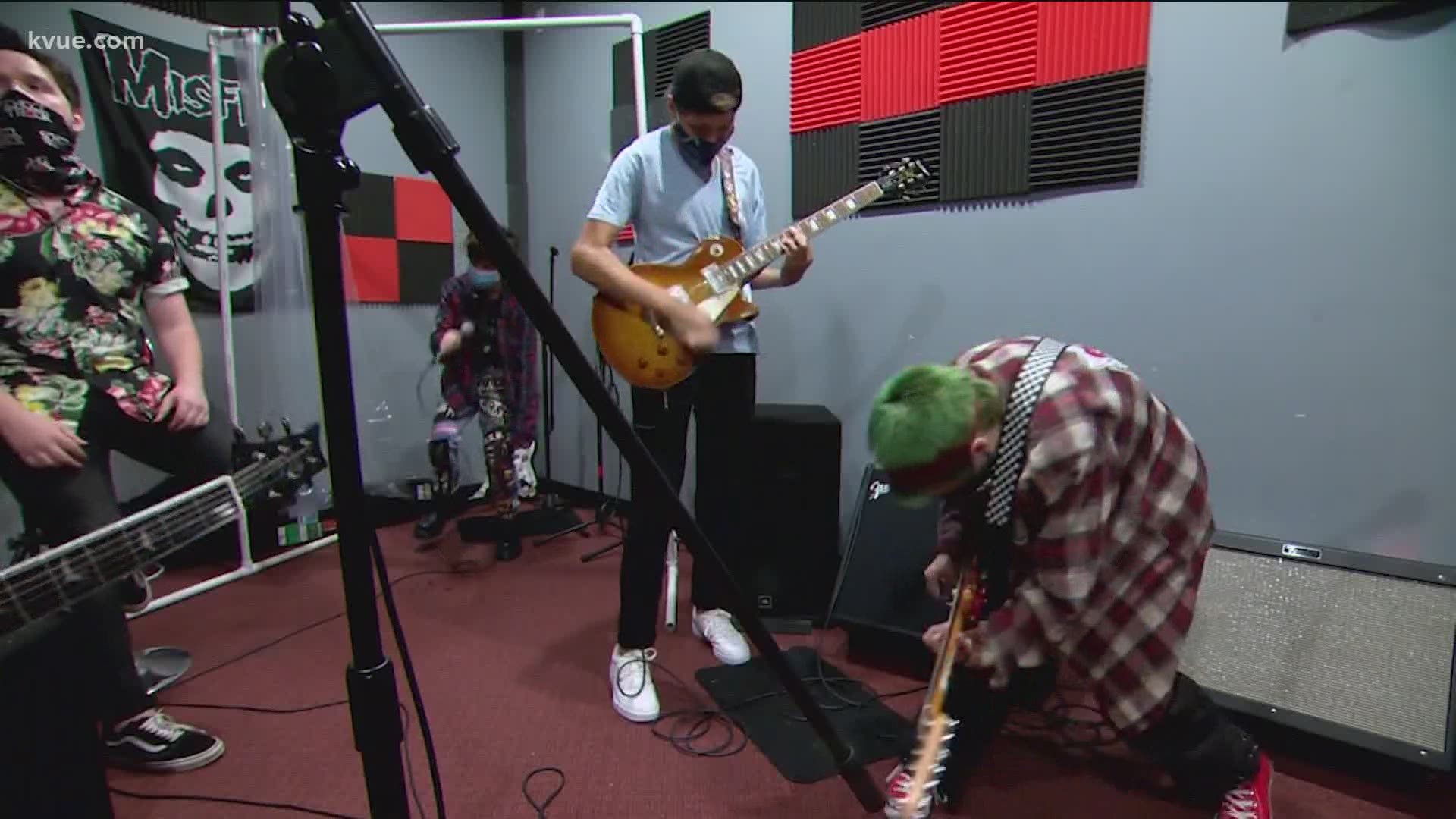 ROUND ROCK, Texas — Feeling connected: It's something some kids may be struggling with right now. One special school in Round Rock – the School of Rock – is hoping to keep kids connected even if not everyone is together.

Learning music through a computer may not be the most efficient way, but for those at the School of Rock, it's what they had to do.

"We had to adapt quickly at the onset of the pandemic," said Brent Meyer, the musical director at the school.

"At least almost feels like we're back to normal," said Carly Fairchild, the studio coordinator.

Both of them saw the benefits of virtual learning. But as things in Texas began to open up, so did the school.

Because the best way to learn for a school specializing in rock is together.

"Once things opened up a bit, we were able to bring some students back that were comfortable with that, and we re-configured our rehearsal spaces so that everything was socially distanced appropriately," Meyer said.

"I think the community is so important, especially right now when no one is sure of anything," Fairchild added.

"I mean, the classic student is sort of a quiet wallflower, shy. But we get to watch them a season or two in and they just blossom and come out of their shells, start having stage presence and making great friends with the other students here and it's just their lives open up and it's beautiful to watch," Meyer said. "It's fun to watch them having fun and rocking out."

When they do their performances, all kids – even those attending virtually – can join in as they release videos like their version of "Carry On My Wayward Son."

"I think one of the primary reasons this is important is for them to have some social interaction with their peers," Meyer said.

It's a beacon of light, bringing a community together over music.

"There's not a specific person that's into music. Everyone gets into it so you're coming across so many people," Fairchild said.