Although these three individuals are blind, it hasn't stopped them from pursuing a similar passion -- making music. 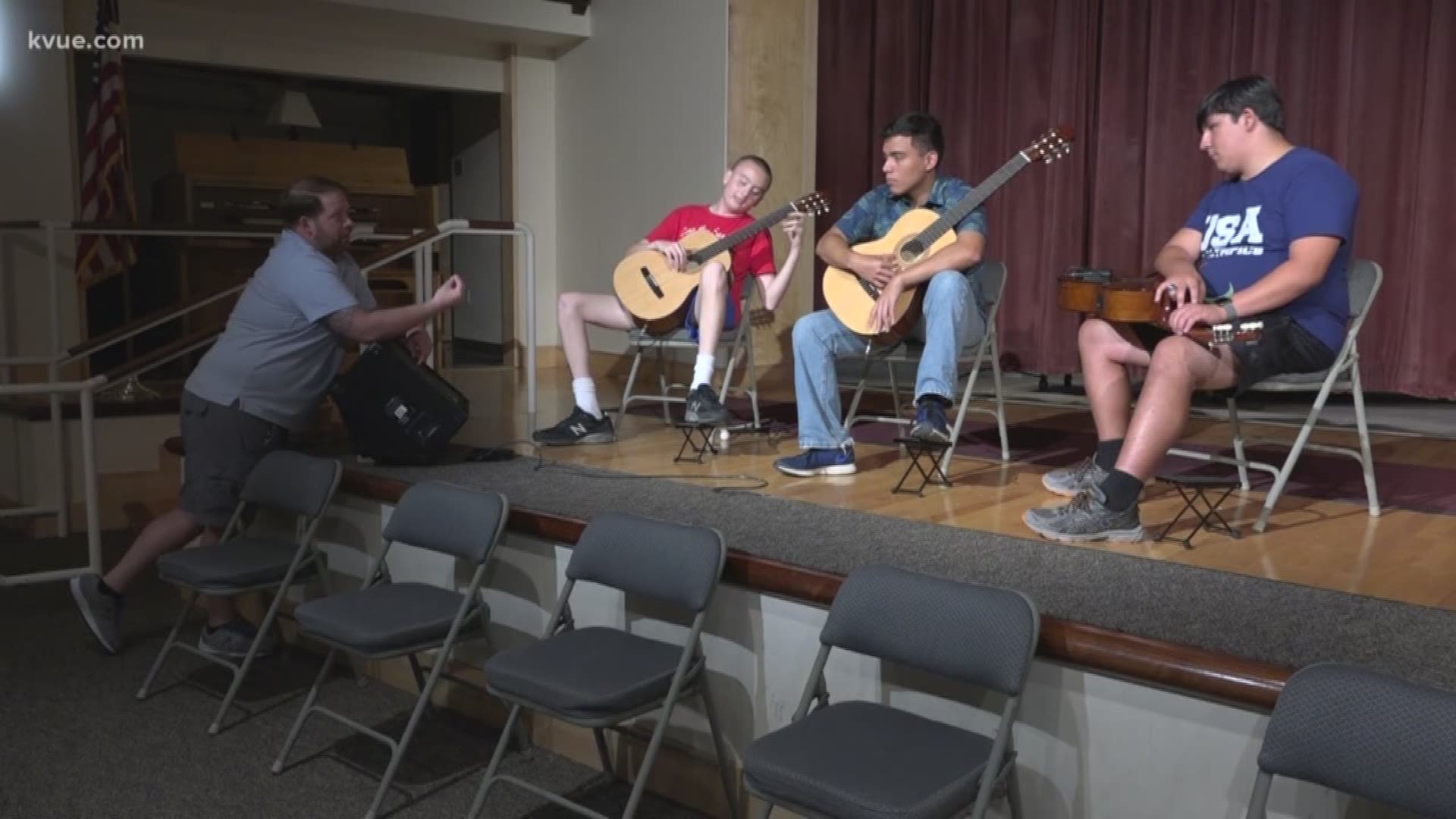 AUSTIN — Taking music lessons or being a part of a band is something many middle schoolers and high schoolers go through. It's a hobby for some, and eventually a career for others. However, for three Austin teenagers, it's become something even more.

Devin Gutierrez, Davieon Perez and Hector Lara have recently graduated from the Texas School for the Blind and Visually Impaired. What brought each of them to the school is unique to their own story.

Gutierrez has bilateral optic nerve hypoplasia. This means he has an underdeveloped set of optic nerves.

"I only have color, light and movement perception," Gutierrez said. "I've never had anything else."

Perez has Leber congenital amaurosis -- an inherited retinal degenerative disease he was born with.

"As I get older, my vision basically deteriorates because the optic nerve didn't grow fully when I was born," Perez said. "I usually can just use my ears to walk around fine."

Unlike Gutierrez and Perez, Lara wasn't born with his vision loss and he still isn't sure why it started happening.

"I got it a couple years ago and I still don't know what it is," Lara said. "It just happened out of nowhere."

Although these three individuals are blind, it hasn't stopped them from pursuing a similar passion -- making music. Gutierrez, Perez and Lara are taking guitar lessons provided by the Texas School for the Blind.

"Music has always been a part of my life," Gutierrez said. "Music is something that is so integral to who I am. I don't know where I would be without it."

When Jeremy Coleman got his undergraduate degree in classical guitar performance, he didn't know where he was going to take this degree. When the Texas School for the Blind in Austin wanted to create this new program of guitar playing, Coleman said it all just came together.

"If you think about a math class, the purpose of that math class is to make a person better at math. So, with a guitar class, we simply want to make them better at guitar," Coleman said. "The goal remains the same and some of the approaches, the instructional strategies I use to achieve that goal might be different."

When Coleman first started working at this school, he also took graduate classes to help him learn how teaching the blind is different.

A part of the process early on for Coleman was learning about the different ways he can teach his high schoolers to play music.

"I still end up with a guitar player in the end, but I will have this person reading standard music notation, this person using an iPad with enlarged notation and this person is using brail notation," Coleman said. "Then I have three beautiful guitar players at the end of it."

Doctor Bob Duke is the head of music and learning with the Butler School of Music at the University of Texas. He said this guitar class can help someone who is blind exercise their other senses.

Coleman recognizes this aspect of guitar playing for his students and also hopes he teaches them about more than notes and chords.

"When they leave here, there's going to be so many competing things like work and family," Coleman said. "If I really want them to take time to make music, there has to be some past experience that was fun for them. I want this to be a joyful experience."

Gutierrez now hopes to become a professional guitar player and has plans to try out for The Voice.

"By feeding this thing we call music with your emotion, and your energy, and your time, in return, it just gives you endless benefit," Gutierrez said. "Once I'm in the zone, I find my fingers just tend to glide over the keys and the next thing you know, this music is just coming out of the instrument."

Jeremy Coleman has now taught almost 40 blind students how to play the guitar during the past eight semesters. To learn more about the Texas School for the Blind and Visually Impaired, click here.

Part 2 of Music and the Mind will air Tuesday morning on KVUE at 11 a.m.