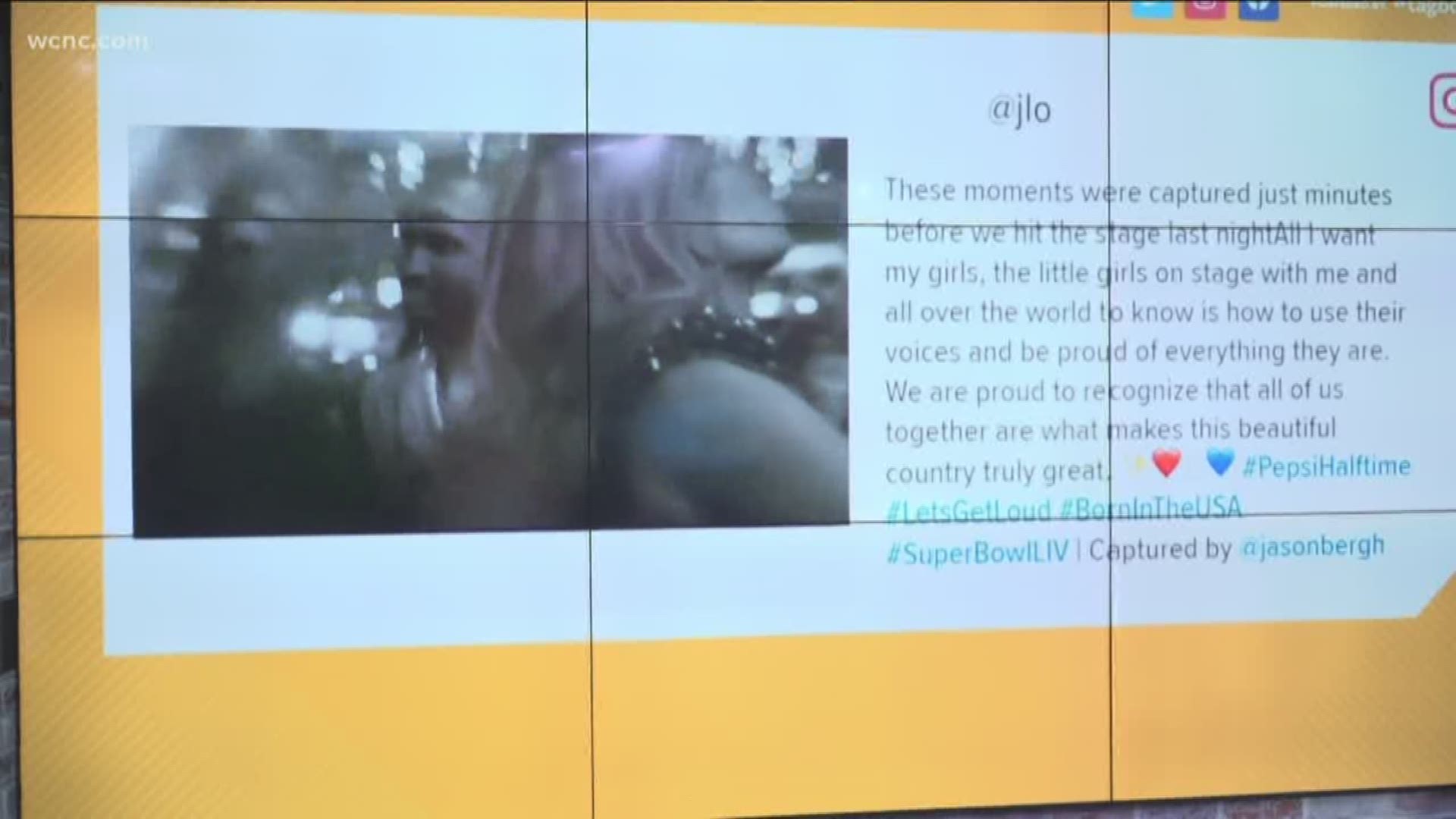 That's how fans described this year's Super Bowl LIV halftime show featuring performances by Jennifer Lopez and Shakira, according to the more than 1,300 complaints filed with the Federal Communications Commission in the hours following the Feb. 2 national broadcast.

WFAA obtained the records through a Freedom of Information Act request.

That's one of the more strongly-worded messages sent to the FCC.

Many complaints noted the camera angles and the performers' costumes, which some described as having "too much skin exposed." Lopez's costume included a nude-colored bodysuit that covered her from the waist down.

The Super Bowl LIV broadcast drew 102 million total viewers on Fox and all its platforms, according to Nielsen. The halftime show complaints received by the FCC represent one one-thousandth of a percent of all viewers.

For some viewers, the outrage was about more than just costumes and dancing. It was about parenting.

"As a father of 2 teen girls I feel obligated, at this point, to file a complaint as I am at my wits end," a man from Maine wrote. "That “show” should have been reserved for late night cable TV ... As a society we are talking out of both sides of our mouths and confusing kids. We need to do better, much MUCH better. Please help put a stop this disgraceful type of behavior being pushed on our children."

Complaints poured in from 49 states.

Texas viewers had the most complaints -- nearly 140.

"The Super Bowl's half-time act was NOT family friendly in any way," wrote a viewer from Grand Prairie.

There were zero complaints from Vermont.

A woman from Vinton, Va., was impressed by JLo and Shakira's performances, but she was left uncomfortable by the suggestive nature of their dancing.

"I applaud Shakira and Jennifer Lopez for being in amazing shape and having great voices, but that show was 100% about sex and NOT even remotely family friendly," she wrote.

All names and identifying information was redacted from the complaints by the FCC before they were sent to WFAA.

Some of the complaints released as part of the FCC's response to our FOIA were duplicates. It's unclear whether those viewers submitted the same complaint multiple times.

RELATED: A look back | Check out the best halftime shows in Super Bowl history

A complaint filed to the FCC does not prove a violation of the Communications Act or FCC rule and does not guarantee a penalty for the broadcaster listed in the complaint.

Instead of only issuing a complaint, a viewer from Avon, Ind., offered a recommendation for next year's show.

"No pole dancing, no nudity, no crotch grabbing, no indecent costumes. Just good music. Could be inspirational or uplifting or even patriotic."

By comparison, the 2004 Super Bowl halftime show with Janet Jackson's wardrobe malfunction yielded 540,000 complaints in the weeks after the performance.

If you have extra time on your hands, you can scroll through the 1,312 complaints here.