Blues on the Green returning to Zilker Park this month

The popular summer concert series is returning for its 30th season. 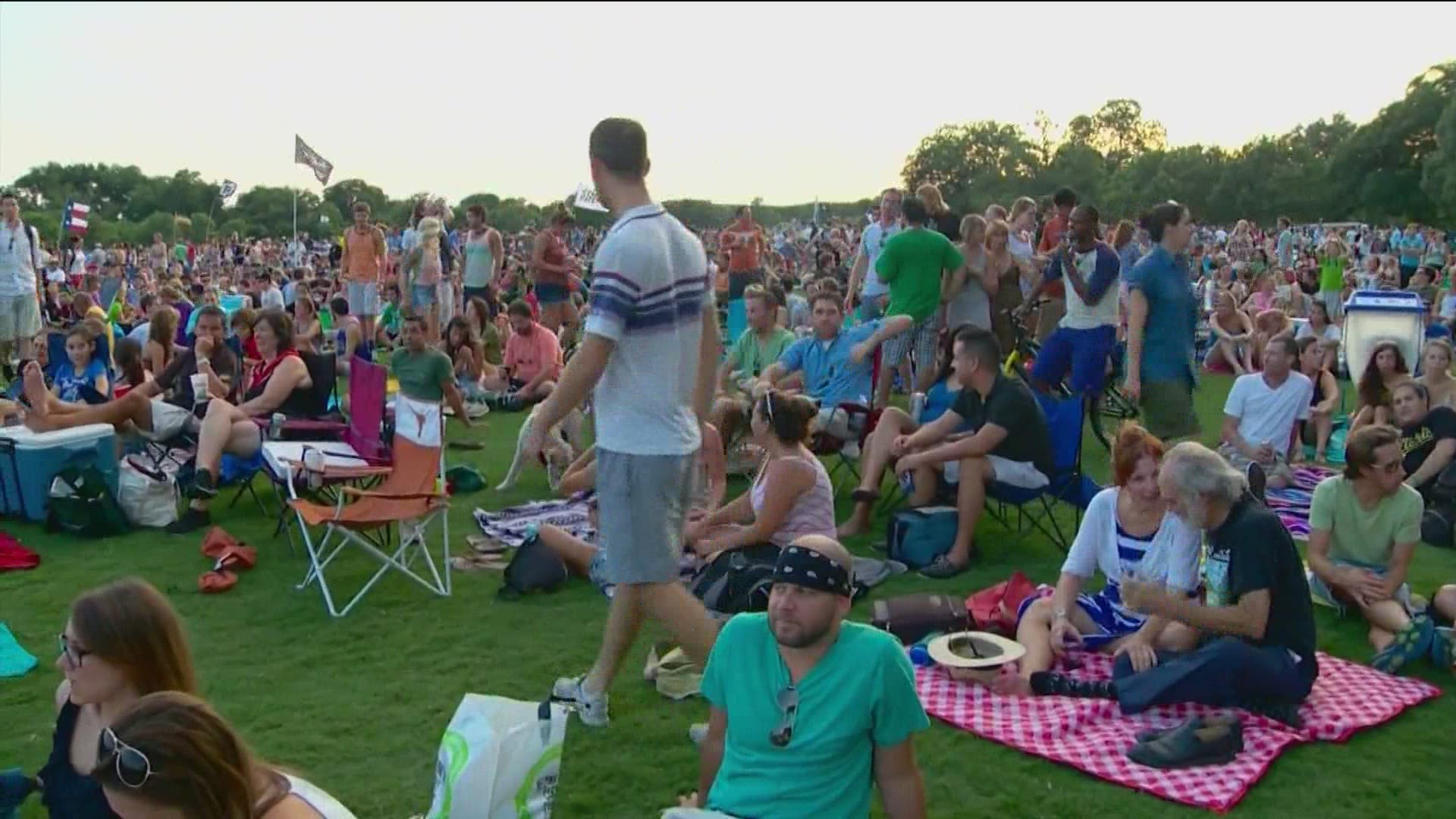 AUSTIN, Texas — The "Live Music Capital of the World" is starting to get its groove back! ACL Radio announced this week that its popular concert series, Blues on the Green, will return to Austin for four nights this 2021 summer.

The free family- and pet-friendly series is returning to Zilker Park for its 30th season. And to celebrate the milestone, the series is kicking off with a stacked lineup of local artists.

The following night, Wednesday, July 28, Mobley and Kalu and The Electric Joint will take the stage starting at 8 p.m.

Two more Blues on the Green shows are scheduled for Tuesday, Aug. 10, and Wednesday, Aug. 11. Lineups for those nights have not been announced yet.

Blues on the Green isn't the only Austin summer music staple making a comeback this year. Earlier this month, the Red River Cultural District announced its annual Hot Summer Nights Festival is scheduled to return in late August. The Austin City Limits Music Festival is also set to return to Zilker Park this October.

WATCH: As Austin venues reopen, many wait on grant money