The outdoor Moody Amphitheater will hold 5,000 people for concerts and performances. 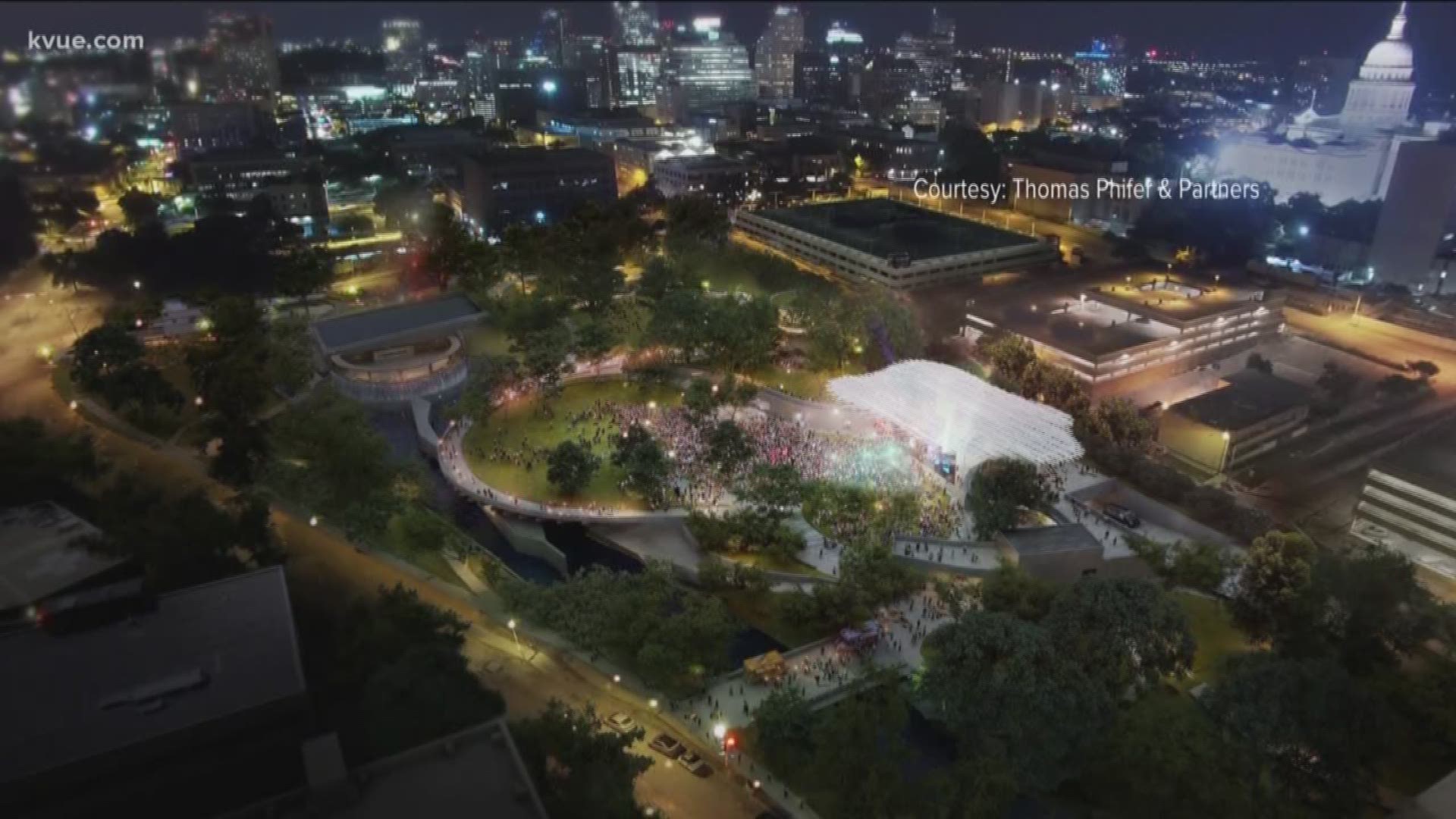 AUSTIN, Texas — Austin is a music city and now you can expect to see some top artists perform at a new venue downtown.

Waterloo Greenway announced its partnership with C3 Presents and Live Nation on Tuesday for its new amphitheater at Waterloo Park. This is part of a major renovation project along Waller Creek downtown.

The park sits between 12th Street and 15th Street along Red River Street, and it’s been under construction since late 2017. We took a tour of the renovation project to get an update on the progress.

“We wanted to create a place that looked as inviting when it was just in park mode as it is during show mode,” said Peter Mullan, Waterloo Greenway Conservancy.

RELATED: EXCLUSIVE: KVUE takes a behind the scenes look at an innovative new park in Downtown Austin

One of the key components is the outdoor Moody Amphitheater that will hold 5,000 people for concerts and performances. The space will also have roof terraces and viewing platforms.

“There’s actually a number of different places where you can get on top of the building,” said Mullan.

Construction workers are building a roof canopy and there will be beautiful lawn seating. The renderings may help you visualize the rest.

“All of this will be landscaped with lawn areas for both park seating and also amphitheater seating when you have a show,” said Mullan.

Now, with a new partnership between Waterloo Greenway, C3 Presents and Live Nation, you can expect to see top performers in Downtown Austin at a venue of this size.

Amy Corbin with C3 said they’re planning to put on about 35 shows a year.

“Of those, we’ll make sure we are programming a diverse eclectic range of music international to national touring acts and our local musicians,” said Corbin.

“We are an outdoor city and we’re a music city, so having a permanent outdoor amphitheater with a world-class partner just brings a whole new set of energy to this part of the city,” said Mullan.

This is all a part of phase one of the Waterloo Greenway renovations, which includes 11 acres of green space and 1.5 miles of hike and bike trails. Those behind the project believe this will elevate Austin’s role as the "Live Music Capital of the World."

“Music is the thing that brings people together that’s what this whole project is about,” said Mullan.

The Waller Creek Conservancy is overseeing the project in a partnership with the City of Austin. Phase one is expected to open this fall.

RELATED VIDEO: Is Austin still the 'Live Music Capital of the World'?