Catch a drive-in comedy show at The Blue Starlite. 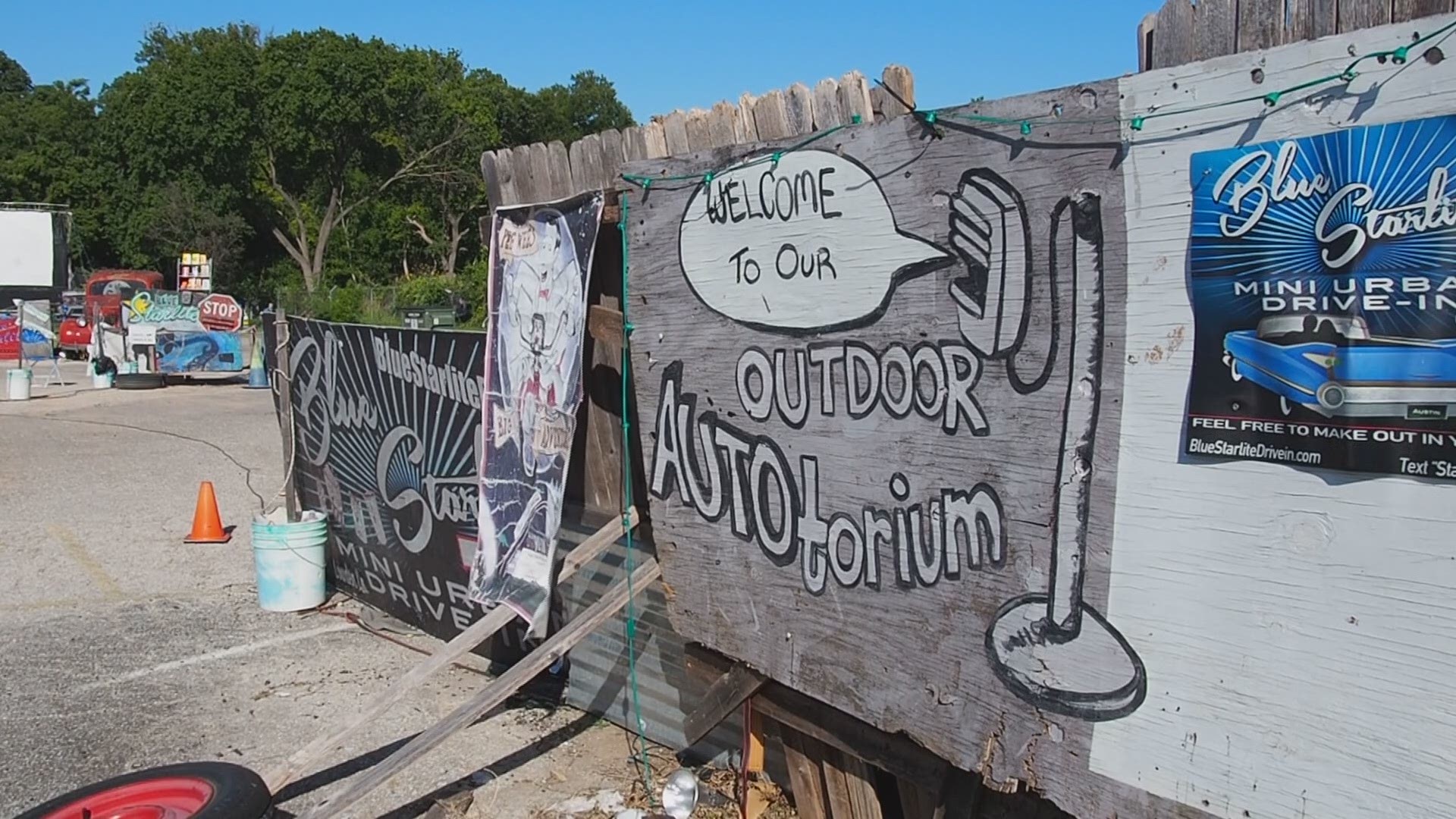 AUSTIN, Texas — You've likely seen live-streamed performances from musicians through YouTube, or improv troupes performing on Twitch, and now standup comedians are getting creative with how they are sharing their work.

Drive-in comedy takes place every week at The Blue Starlite. The comedians stand on a step stool with a microphone to perform in front of the parked vehicles, while attendees listen through the radio.

"I spend at least the first two minutes just making fun of the absurdity of the situation. I can't just go into it like this is a normal thing," said comedian Steven Farmer.

As strange as the idea of drive-in comedy may be, Steven Farmer told KVUE comedians eventually get used to it.

"For every comedian, it's so awkward for them," Farmer said. "The first time, they think they're bombing, even though they're doing well because they can't hear people laughing."

Honking isn't allowed, so if the audience thinks a joke is funny, they flash their lights. The crowd work that most comedians do is different as well.

The shows have been successful too, selling out and adding new ones.

"I would never in a million years thought this would something to do. It seems like we're forcing comedy so much, but people want it so badly," said Farmer.

If you want to go to a show, buy tickets in advance and wear a mask. If your windows are rolled up at least 75%, you don't have to wear the mask once the show starts.

Performance halls are now allowed to open, but for many it's too late