AUSTIN, Texas — The sky was dotted with colorful kites over Zilker Park on Sunday.

One of them belonged to six-year-old Andrew Gautreaux.

"I was just moving the kite with my hands," the kindergartner said.

He's pretty good at flying kites. He's had a lot of practice. Andrew and his family have been coming to the ABC Kite Festival since he was three. That's half his life.

He said it's "just because its fun."

The kite festival is a family tradition for the Gautreauxs, so cold weather wasn't stopping them from attending.

"We love coming to this," said Mary Lynn.

"We went to Costco and got a little bit of everything, from a little tent shelter to a little wheeler. We have lots of blankets, coffee," she said.

Still, it was even a little cold for this Northerner.

"I'm originally from update New York, and so I was joking with my husband that, 'Oh 46, it will be warm. It will be fine.' He was right, it is a little bit colder than I anticipated," she said.

"For us Texans, anything below 70 degrees I would consider cold, so 46 or 47 degrees is definitely chilly," said Lynn's husband, Misha Gautreaux.

Regulars like the Gautreauxs know the wonky weather is an unofficial part of the festival. You just have to take it in stride.

How else will you catch the giant Octopus in the sky? 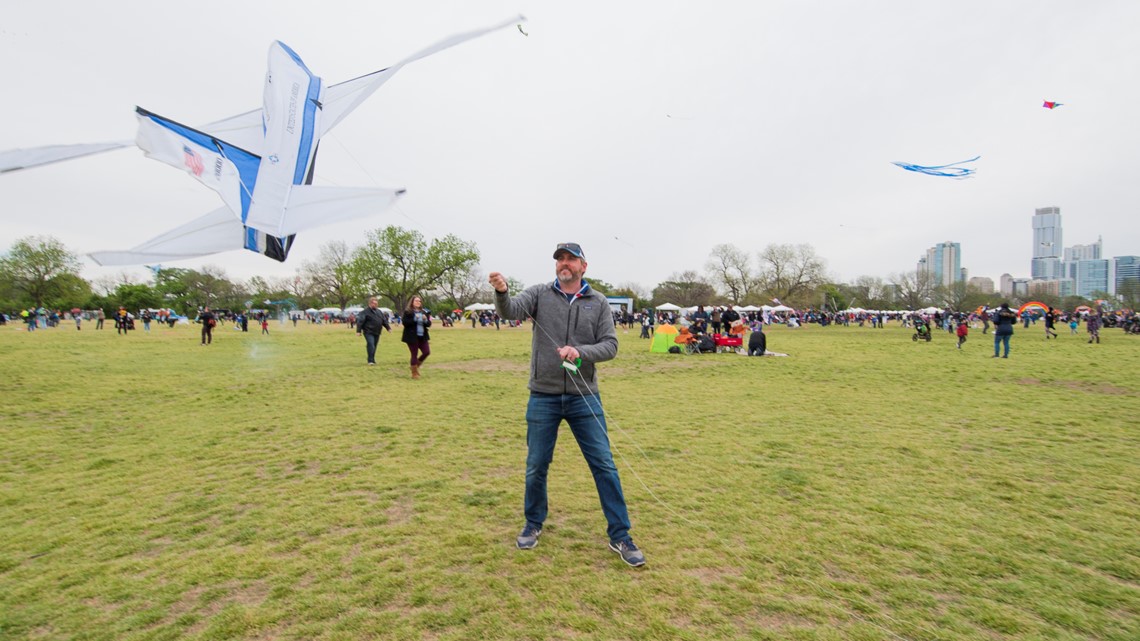