The students were featured in a commercial airing nationwide for Chick-fil-A's 'The Little Things' campaign. 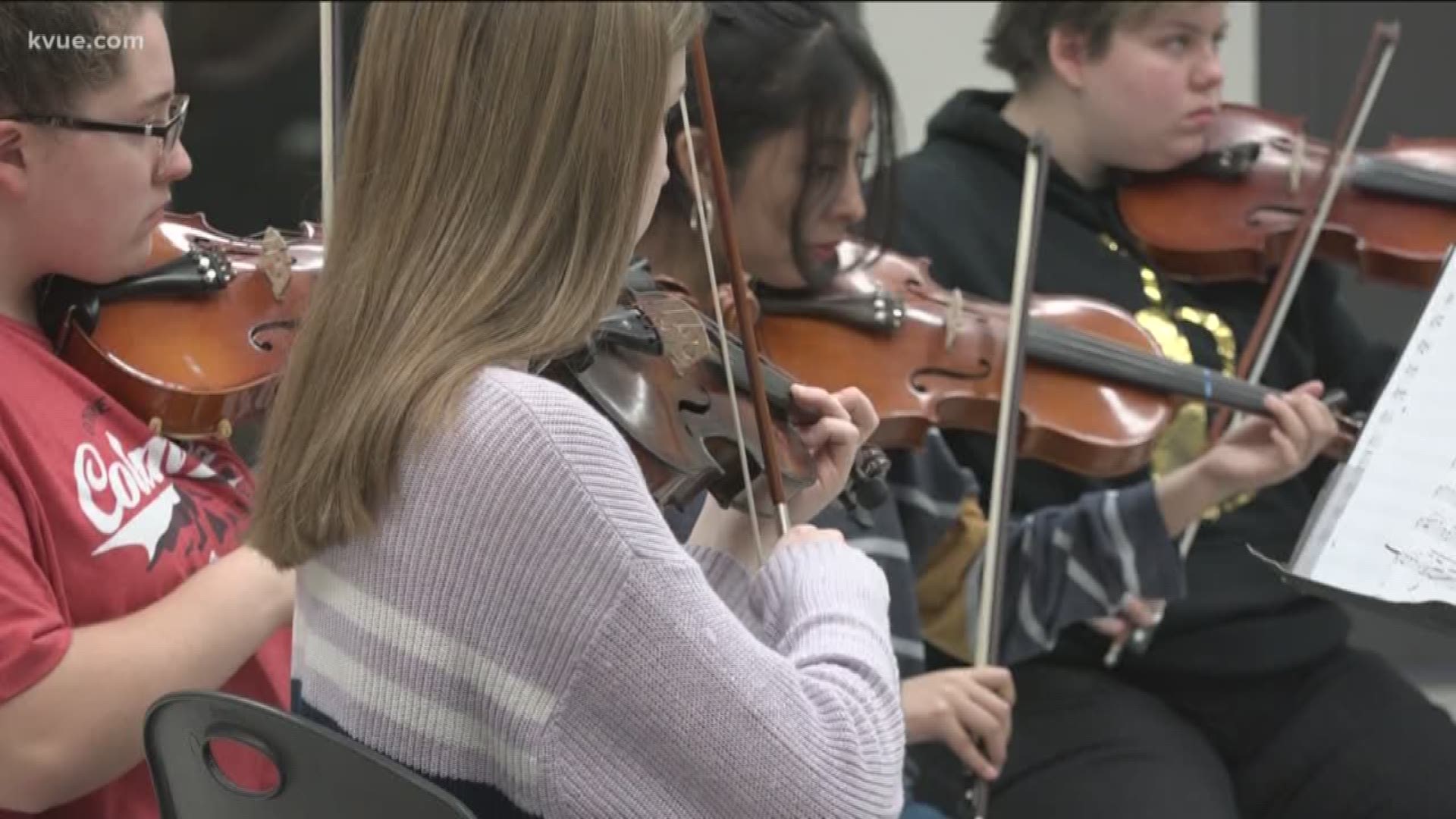 GEORGETOWN, Texas — The Georgetown High School orchestra caught Chick-fil-A's attention and now they're featured in one of its commercials. The commercial is airing nationwide and the students said they're excited to showcase what they work so hard for.

Popeyes' hit chicken sandwich is back!

Chick-fil-A wanted to remind fans about National Sandwich Day. The problem? It's Sunday.

Last year, the orchestra got rained out from an event, but they didn't let the weather stop them. They played an impromptu concert inside the fast food restaurant at Wolf Ranch Town Center, entertaining guests and employees.

The fast food chain flew the students out to tell their story for the Chick-fil-A "The Little Things" campaign. According to its website, the campaign tells stories about "the little things." The stories "bring smiles to our faces, restore our faith in humanity and inspire us to take more care with each other."

"Very humbling to be there and to see that out of a lot of people, we were chosen to make the commercial and represent the orchestra," said James Gonzalez, a Georgetown High School student featured in the Chick-fil-A commercial.

The orchestra will play its annual holiday concert this Thursday evening at 7 p.m. at Georgetown High School. They will also play at Wolf Ranch Town Center this Saturday at 4 p.m., followed by a repeat of last year's performance at Chick-fil-A at 5 p.m.

Does Chick-fil-A have the slowest drive-thru? One study says so

'Whose side are you on?' | After murder of Houston officer, Chief Acevedo blasts senators and the NRA