'You don't need a stat to tell you what you see': Zoe Saldana asks movie viewers to take action

The actor says there is a need for movie consumers to support movie directors creating films that don't have "traditional Americans." 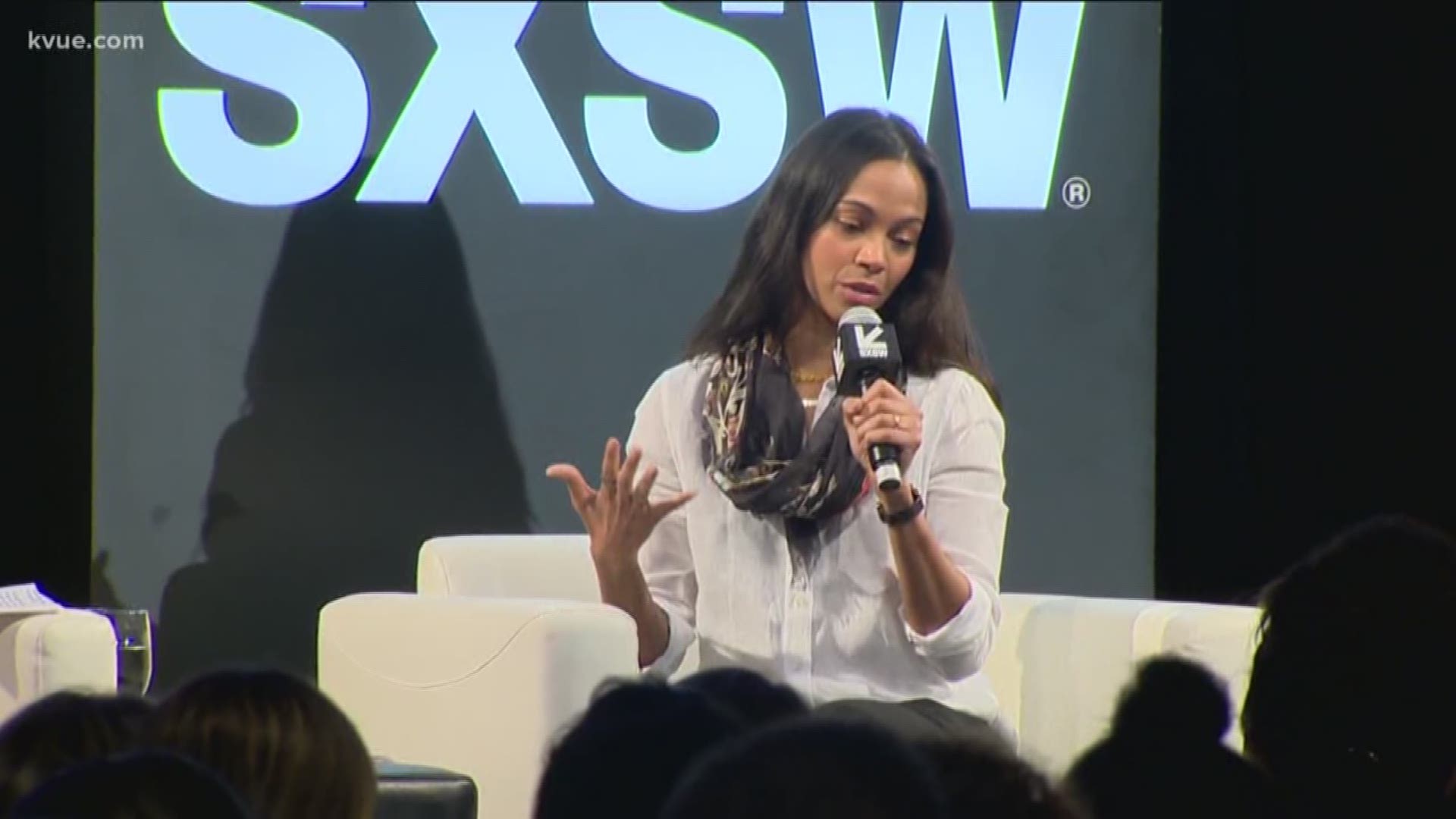 AUSTIN, Texas — Actors have many different reasons for being in town for South by Soutyhwest (SXSW), including one actress trying to change whom we see on the big screen.

Tuesday, actress Zoe Saldana spoke at the Austin Convention Center. She is known for her roles in "Guardians of the Galaxy," "Avatar" and "Star Trek." She not only works on her own films, but she is the also co-founder of Bese -- a media platform devoted to represent those left out of mainstream media. Saldana said people need to do more than complain and argue about these type of issues and support the content creators giving roles to people who are not "traditional Americans."

"You don't need a stat to tell you what you see every day," Saldana said. "When you turn on the TV, when you go to the museum, when you open up a history book and when you're at school, you're not there. You're not there, but you're just as American. You're just as patriotic."

The other co-founder of Bese, Daniel Batista, also joined Saldana on stage. She mentioned that when she had her two twins in 2014, she felt inspired to try and make change for the generations to come.