South by Southwest has transformed into something unrecognizable compared to when it first started. So how do we explain exactly what it has become? 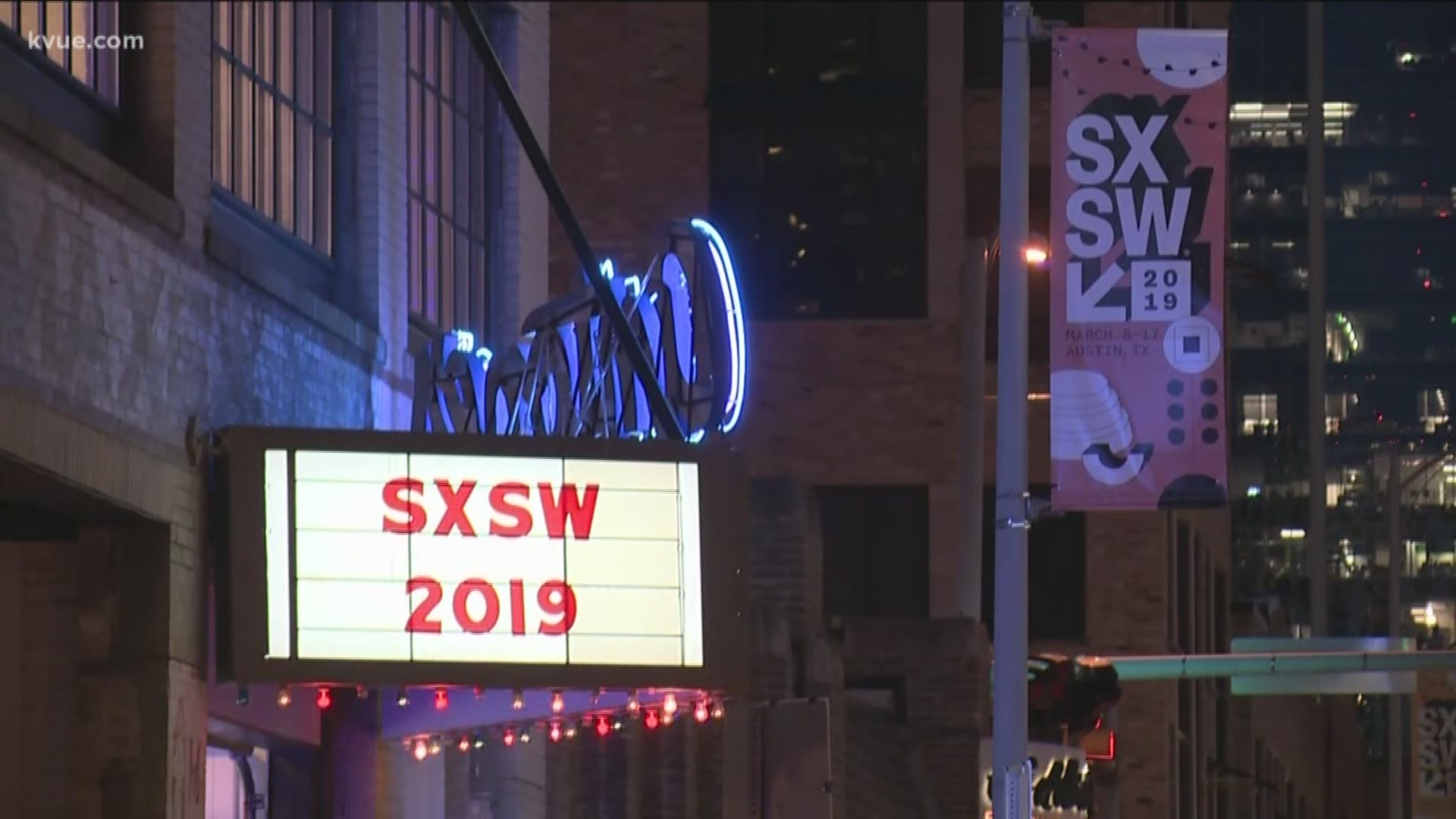 AUSTIN, Texas — South by Southwest ended as quickly as it began in 2019. It brought with it plenty of discussions, people and congestion as well. Unlike when it first started, Austin's festival has changed and turned into an eclectic grouping of events, making it more difficult to define than ever.

There are all types of people who come to SXSW – many of whom are in town for business-related reasons.

Mike Murray is the commanding general of Army Futures Command, which is the new section of the Army in Austin solely focused on the future of the Army. He said SXSW is a great chance for his team to learn from other tech-savvy minds in town.

"One of the key parts of Army Futures Command is the ability to reach out to the innovation scene here in Austin," Murray said.

There are many other people who come as a form of a vacation or simply for entertainment purposes.

Brian Covington traveled to the festival for business but also to enjoy what Austin has to offer.

"People coming together just to have fun and have a great experience," Covington said.

What people are visiting to see varies greatly. One thing everyone has to prepare for is the large number of panels happening at the Austin Convention Center. There is also a growing inclusion of politics involved in many of the discussions happening. Of course, the red carpet scene remains prevalent and important during the first weekend of SXSW. Academy Award-Winning Actor Kevin Costner said having his upcoming film, "The Highwaymen" in Austin for SXSW just makes sense.

"Being able to have the premiere here makes a lot of sense, and I'm glad somebody had the good sense to do it," Costner said.

Scooters banned from areas of SXSW end up in leaning tower

‘Nothing Stays the Same: The Story of the Saxon Pub’ has world premiere at SXSW 2019

The musical foundation of SXSW: Has it changed for better or for worse?

Some, obviously, are in town for the reason this entire thing started in the first place – music. Kimberly Culver has gone to many SXSW festivals over the past few decades and hopes music remains the focus.

"Honestly, the only part I pay attention to is the music," Culver said. "All the other aspects has just added more people, and it's been good."

Another motivation for people to come the past few years is technology. From artificial intelligence to inventions to video games, there are many different categories that fit under the umbrella of "technology."  Amir Husain is the CEO of the artificial intelligence company, "SparkCognition" and was a part of a panel that discussed eventually having A.I. in our minds.

"Imagine a memory that could be augmented and accessed from your brain that didn't have any of those shortcomings, where nothing faded," Husain said.

Where this festival happens is the Capital of Texas, but it's in a wider geographical area than ever before. Donald Mason has lived in Austin for 28 years and has gone to almost every SXSW festival since moving here. He said the distance he would have to hypothetically travel to see everything he wants to is nearly impossible.

"Before, there was a good mix of people and it wasn't as crowded as it's become," Mason said. "Now, there are so many acts. There are so many places to be. It's very hard to get from one end of town to the other, so even though there are acts you want to see, it's sometimes hard to get there."

To answer the when, it unfortunately didn't line up with spring break for most kids in the Central Texas area, which created for more traffic than normal at times. For the adults, though, it was at all times of the day and well into the night for many.

The final but most difficult question to answer: Why do we have this festival? Long-time attendees might not want to hear this, but networking is key. You don't have to go look very far or talk to too many people to discover someone or a company looking to make business relationships or show off their products. Corporations now play a part more than ever before. Mehul Trivedi is the director for Bose frames, a new type of eyeglasses from the audio company Bose, and he said coming to Austin this year is a big step for his company's growth.

"Trying to really talk to more developers and creators about leveraging the platform to make even more great experiences that can leverage the products that we're bringing to the market," Trivedi said.

For others, though, the reason is simpler. Sometimes it's just about people, being around your friends or experiencing something new. For all the changes that have happened to SXSW, it still has a special feel to it unlike other festivals. As long as SXSW exists, Austin will be a part of its core.

Click here to look back on all of KVUE's 2019 SXSW coverage.