There has been a ton of concern online about the coronavirus. SXSW, however, has stood by its decision to carry on with the festival. 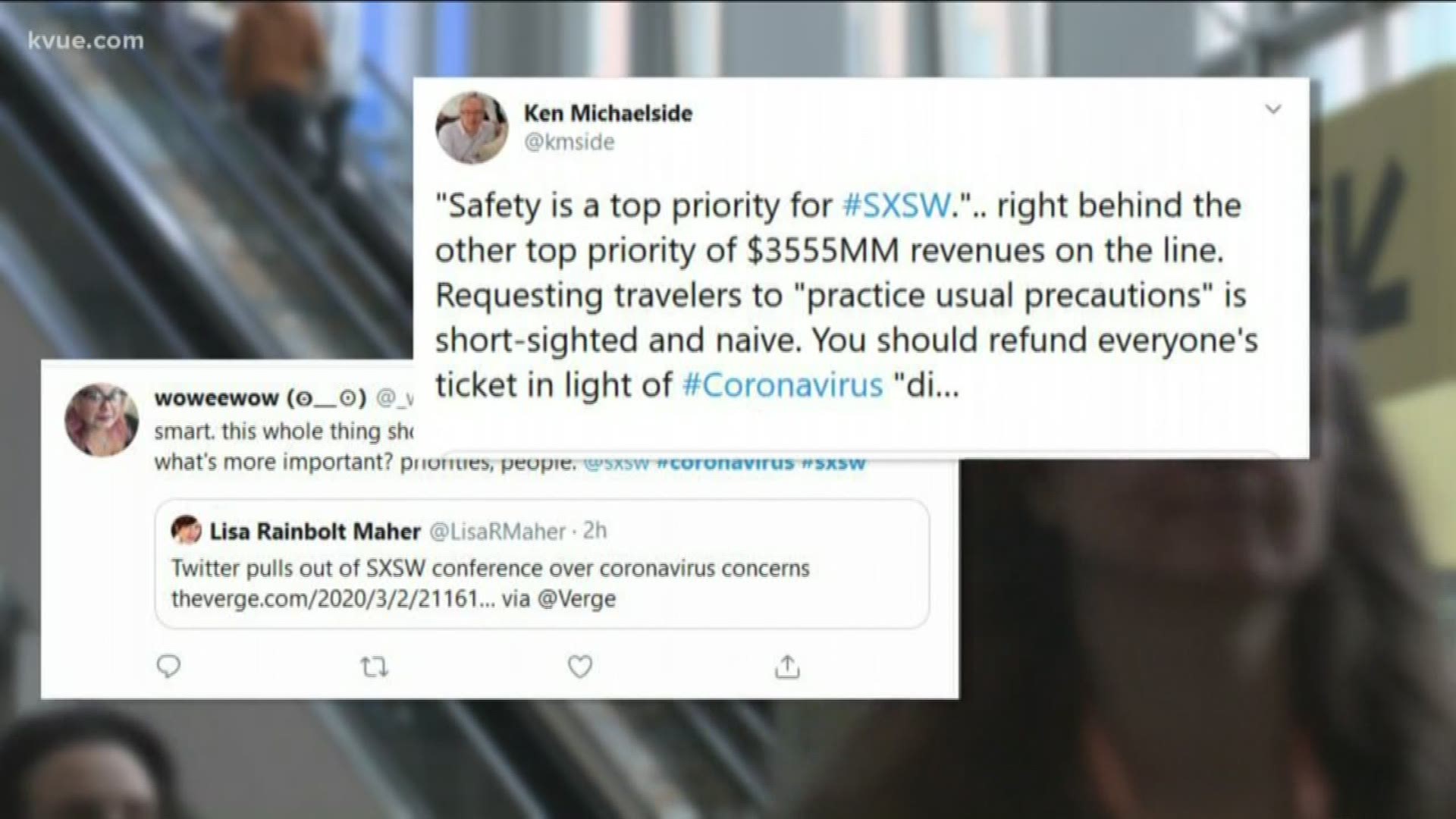 A growing number of people are calling for the cancellation of South by Southwest (SXSW) due to rising concerns about coronavirus.

SXSW organizers announced Clinton and O'Rourke would be part of a two-day series of talks called Conversations About America's Future.

A list of canceled meetings and conferences was on the updated Change.org petition on Monday. The petition resulted from the latest fallout over concerns from the coronavirus.

People have taken to social media with their opinions, as well.

Woweewow posted "this whole thing should be postponed."

Ken Michaelside tweeted "Safety is a top priority for #SXSW ... right behind the other top priority" of millions in revenue.

But when KVUE took to the streets of Austin, Ridha Lachab didn't like the idea of canceling SXSW.

"No way, no," Lachab said. "It's a huge event. There's a lot of people who come in from far and wide and I get there's going to be some concern about it but if people are being properly screened, I don't see why we got to cancel that out."

Rik Burmer, a Houston native, said he is not concerned.

"Am I worried about it? Yes, but do I really think this could be a deadly threat, no. I think that people who die from it is like less than 1%," Burmer said.

Also, the CEO of Twitter pulled out of SXSW because of coronavirus concerns.

And, according to an email sent to employees, Dell Technologies prohibited international travel until April 1.

SXSW updated its website on Monday with new information such as attendee demographics and a breakdown of countries people are traveling from.