Even though most people view the second weekend of SXSW as one revolving around music, many see it as a time for gaming. 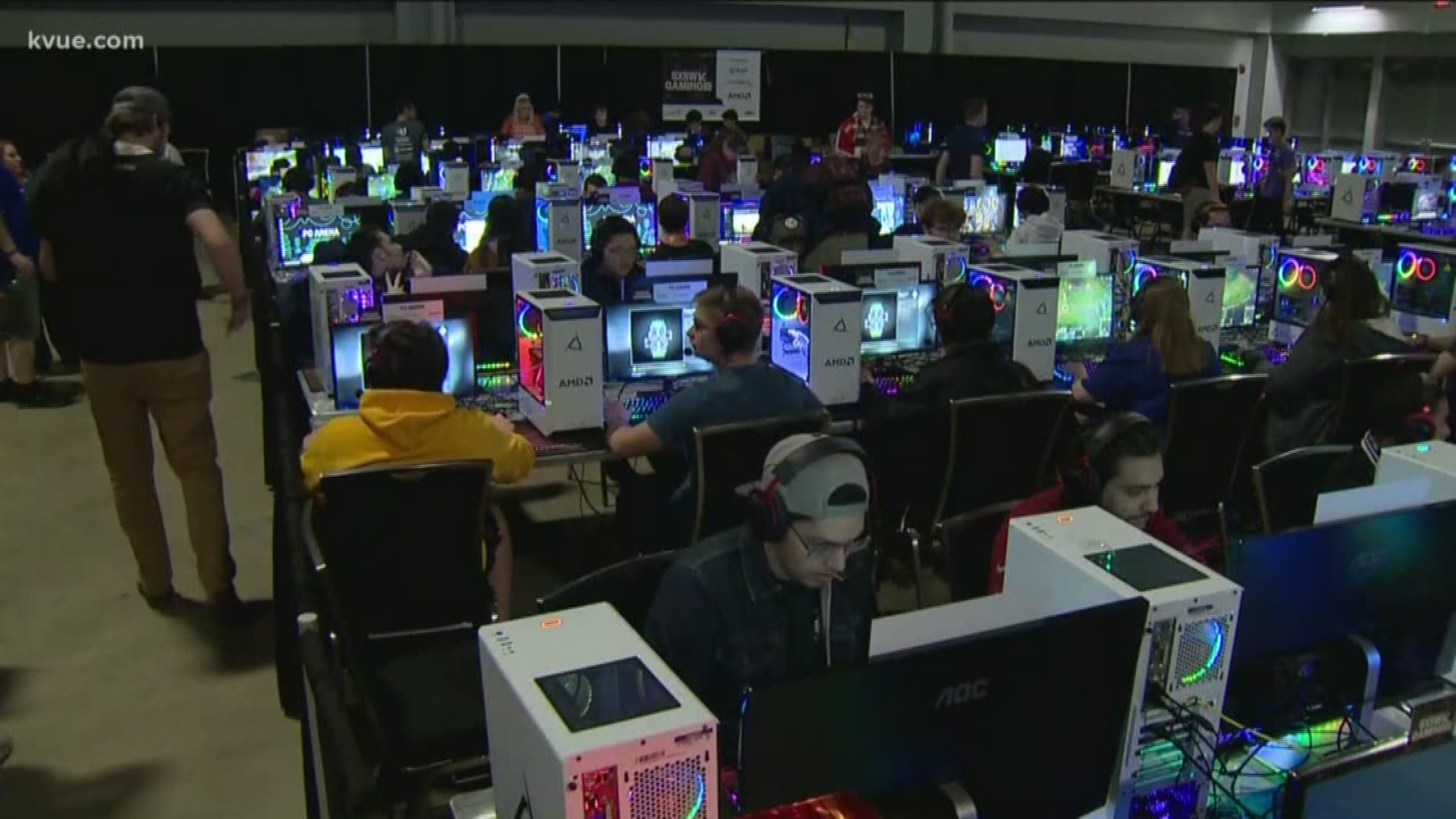 AUSTIN, Texas — By the time the second weekend of SXSW rolls around, the focus for many is on music.

However, there is a growing aspect of the festival that is now bigger than it has ever been – and it's bringing all types of people with it.

The SXSW Gaming Festival has grown into something very different than what it was when it was first introduced. There is now console games, computer games, apps, virtual reality, arcade games, board games and many more forms of gaming.

That variety led to a packed exhibit hall on Friday.

Some people come for the entertainment while others come to potentially sell their products to people. It's a place for both consumers and businesses.

Jacob Teal goes to the University of Texas at San Antonio (UTSA) and plays the video game 'Overwatch.'

"I honestly get really hyped over it," Teal said.

Teal is competing in an Overwatch tournament that will go on all weekend. He said he has friends at UTSA that train for Overwatch like any sports athlete -- practicing every day, eating the right foods and competing in tournaments with top competition.

"Gaming used to be the kind of thing where people would stay inside their basement and play," Teal said. "People eventually got super into it and then they wanted to compete. It's just as much of a sport as anything else, without all the risk of physical injury other than some minor arthritis."

SXSW is aware of this growing interest across the country. College programs and organizations are forming rapidly, giving people the chance to turn their gaming hobby into a sport or career.

Hugh Forrest is the director of SXSW, and he said his team made sure to invest plenty of resources this year into the gaming side of things.

While Friday and Saturday will be the start of all the many tournaments, Sunday is the finals, when the hours of preparation and practice might just pay off for some of the gamers.