Manila Luzon and Bob the Drag Queen stopped by the Austin Motel to play bingo with Culture Trip. They even "tooted and booted" some local queens. 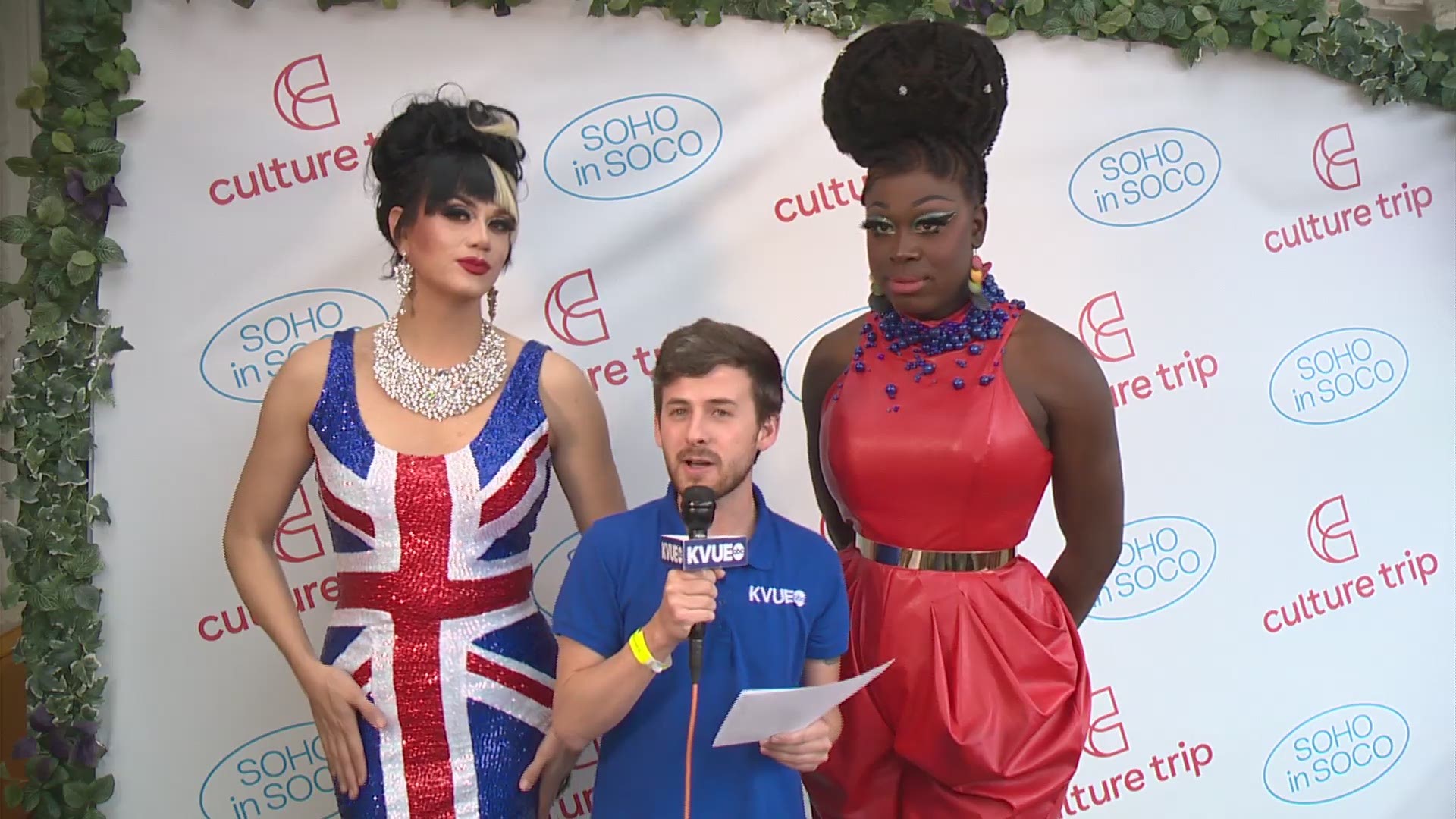 AUSTIN, Texas — It's not often you see a queen on South Congress Avenue, and it's even more fabulous to find two. Especially when they're world famous drag queens.

"RuPaul's Drag Race" legends Manila Luzon and Bob the Drag Queen stopped by the Austin Motel Monday night, along with Culture Trip, to play a game of Drag Queen Bingo with fans. Bob and Manila even stuck around for an exclusive interview with KVUE.

Now with multiple Emmy wins and a network switch from Logo to VH1, the show has become a mainstream, cultural phenomenon. So, we asked the queens what it was like to be a part of something so iconic and, well, huge.

“It’s really cool that a show like ‘RuPaul’s Drag Race’ gets into people’s living rooms and it introduces the art of drag to a whole new audience,” said Manila. “Plus, I’m a drag queen, so I love when people watch me!”

While drag queens certainly turn a lot of heads – and in Bob and Manila's case, they turn millions – it also takes a lot of work, pain and money to look that gorgeous. So, why do they do it?

“I do it because I have no other viable talents,” Bob added. “I can’t type, I can kind of sew, and I can kind of do a smoky eye ... so I’ve chosen drag as my profession.”

While Bob may have won Season 8 of "RuPaul's Drag Race," one of her closest friends in the drag world – Monét X Change – recently won "All Stars" 4. In fact, they're so close that they host a podcast together called "Sibling Rivalry."

“Am I proud of Monét,” asked Bob. “Very. Extremely. Monét’s my best friend … And did I give her any advice? I didn’t honestly because Monét, she’s smart. She doesn’t need my advice. She won 'All Stars' without my help, so good for her.”

“Actually,” Manila chimed in. “I took Bob’s advice, and I lost.”

Monét may have won the season, along with Trinity the Tuck for the first dual-winner season in drag herstory, many fans predicted her co-star, Manila, would take home the crown. With two prior seasons under her belt – "Drag Race" Season 3 and "All Stars" Season 1 – it was her competition to win.

To the world's surprise – cue the drama – she was eliminated by her co-star, Naomi Smalls, only two episodes from the finale. On the night her elimination aired, Manila released a music video starring Smalls to send fans a message.

“On ‘RuPaul’s Drag Race All Stars,’ we have to eliminate each other … so we all know that we are going to have to send each other home at some point, and one of my drag queen friends sent me home, and I HATE her,” Manila screamed. “No, just to show her there’s no hard feelings, I invited her to star in my music video.”

While she may not have won, is it really ever as dramatic as it seems?

“If anyone knows how to exit 'Drag Race' dramatically, it is Manila Luzon,” Bob added. “The 'All Stars' 1 exit was super dramatic, 'All Stars' 4 … you should bring Manila on every reality TV show. She is good TV.”

“Just to kick me off,” said Manila. 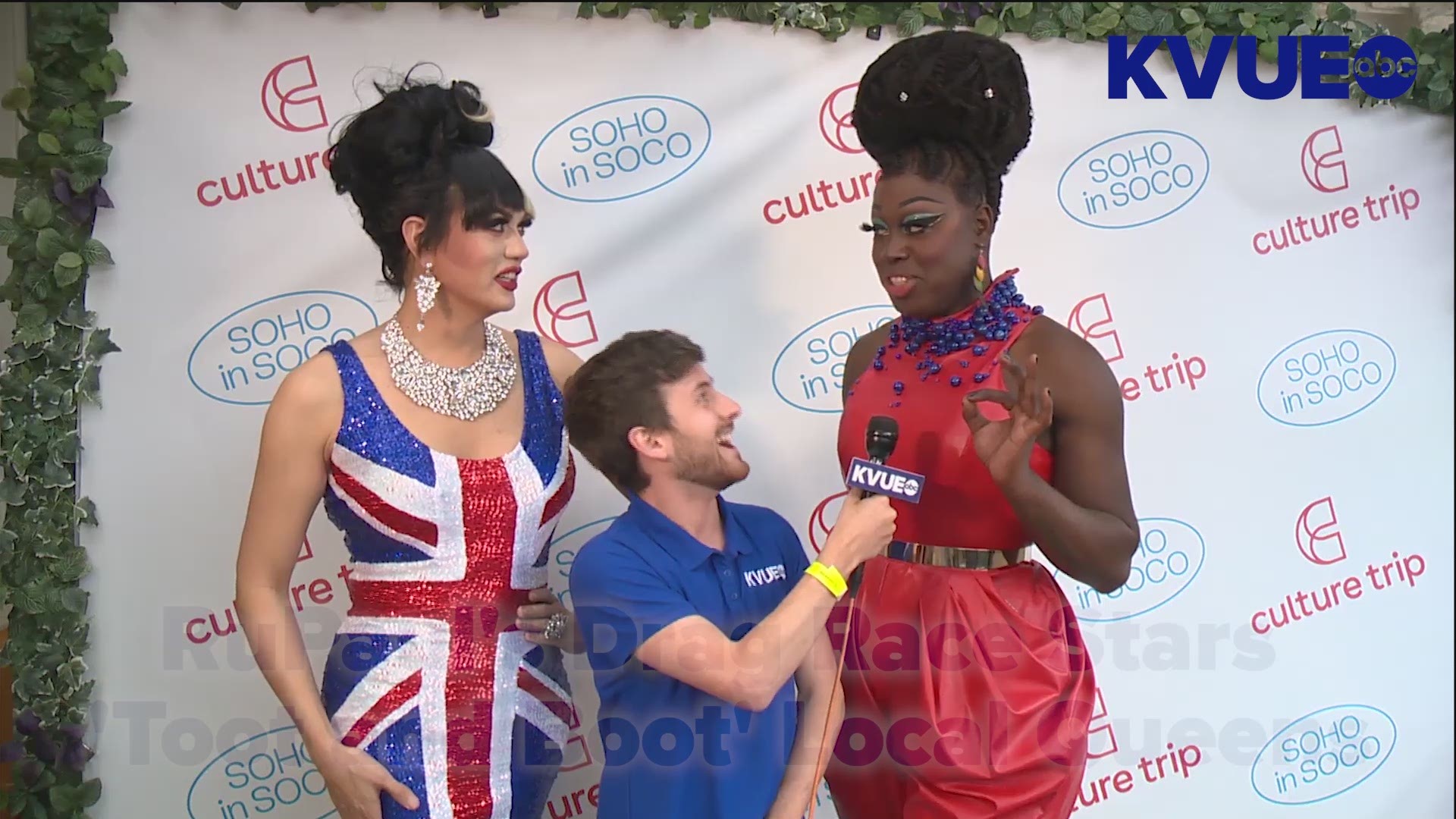 After the interview, the stars also took some time to "toot or boot" some Austin queens, which in the drag community means to love or hate on her look. Louisianna Purchase, Hentaii, Ruby Knight, Noodles and Cynthia Lee Fontaine – Bob's fellow Season 8 castmember – all earned a few toots.

After that, it was time to head into the crowd for a few drag performances and a game of Drag Queen Bingo.

While collecting dollars from the crowd – get that coin! – Manila performed to The Braids' version of "Bohemian Rhapsody" and Chaka Khan's "I'm Every Woman." Bob, on the other hand, delivered her pop-corn-flinging, lip-sync-assassinating version of "Airmail Special" by Ella Fitzgerald.

But the queens weren't the only ones who lip-synced for their lives! At the end of the night, they plucked two victims from the crowd for a performance of Madonna's "Vogue." And, in true "All Stars" 4 fashion, it was another tie.

The event was all a part of the UK tech startup Culture Trip’s U.S. coming-out party, which included a three-day takeover of the iconic Austin Motel at SXSW dubbed “Soho at SoCo.”

'A special moment for us.' Final episodes of 'Broad City' premiere at SXSW 2019