Longtime bar owner Bob Woody said he still expects to see quite the crowd on Sixth street, during the week of the festival. 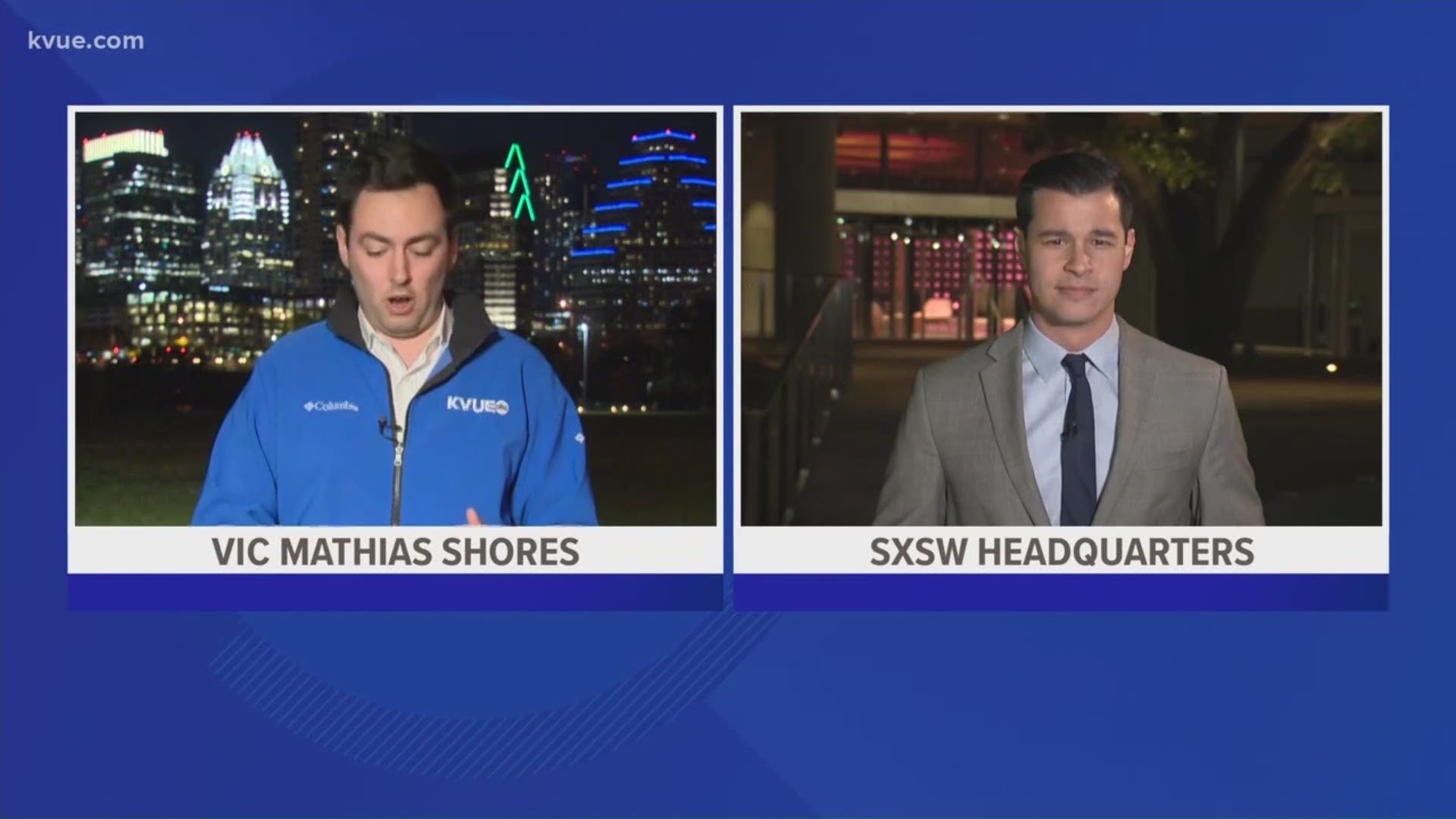 AUSTIN, Texas — It was just a few days ago that the SXSW banners went up around Downtown Austin.

But now, the festival that has become an Austin institution is canceled amid concerns of the coronavirus, the City announced on Friday.

Since then, businesses who were going to have SXSW events during the week, music artists and bar owners have reacted to the news.

"I mean, it's sad," said Primo the Alien, a local musician. "You know, people, especially the artists and the people putting on shows and parties and stuff like that, we spend a lot of not only money, [but] practice space and gear and all that stuff ... I think people will still come who have travel booked here. And also it's just a week that a lot of us have free, as we were planning on doing all the South By stuff, so I think we should all just play anyway as if it's still going on. I don't see any reason why we shouldn't."

For John Zozzaro, president of Media Tech Ventures, he was planning on hosting a SXSW official event called Funded House.

He said he plans on hosting his event in some fashion.

"Nobody wanted to hear that, right? There's a lot that goes into South By. There's a lot of people that are going to be affected negatively from this, but it also presents an extraordinary opportunity for those of us that are local."

Jason Jepson, a partner at Deep Media Technology, who was going to host Deep Media Day, said they still plan on hosting.

"It breaks my heart, the decision they made, it really does," said Jepson. "But at the same time, this is Texas. We're entrepreneurs. I'm not going to be stopped by this. I'm going to figure out safe measures."

As for downtown, we all know Sixth Street was going to be packed like every big festival. Even with the announcement of SXSW being canceled, well-known bar owner Bob Woody thinks people will still be coming to Austin since they already made plans, but he said the economic impact won't be as big.

"This is their vacation; it's their spring break. They're coming. We're going to have them," said Woody. "I still think that people are coming. So the licensed venues should be packed because they don't have these other things to go try out."