Henry Winkler is in Austin for SXSW and gave some acting lessons to a crowd at the Austin Convention Center. 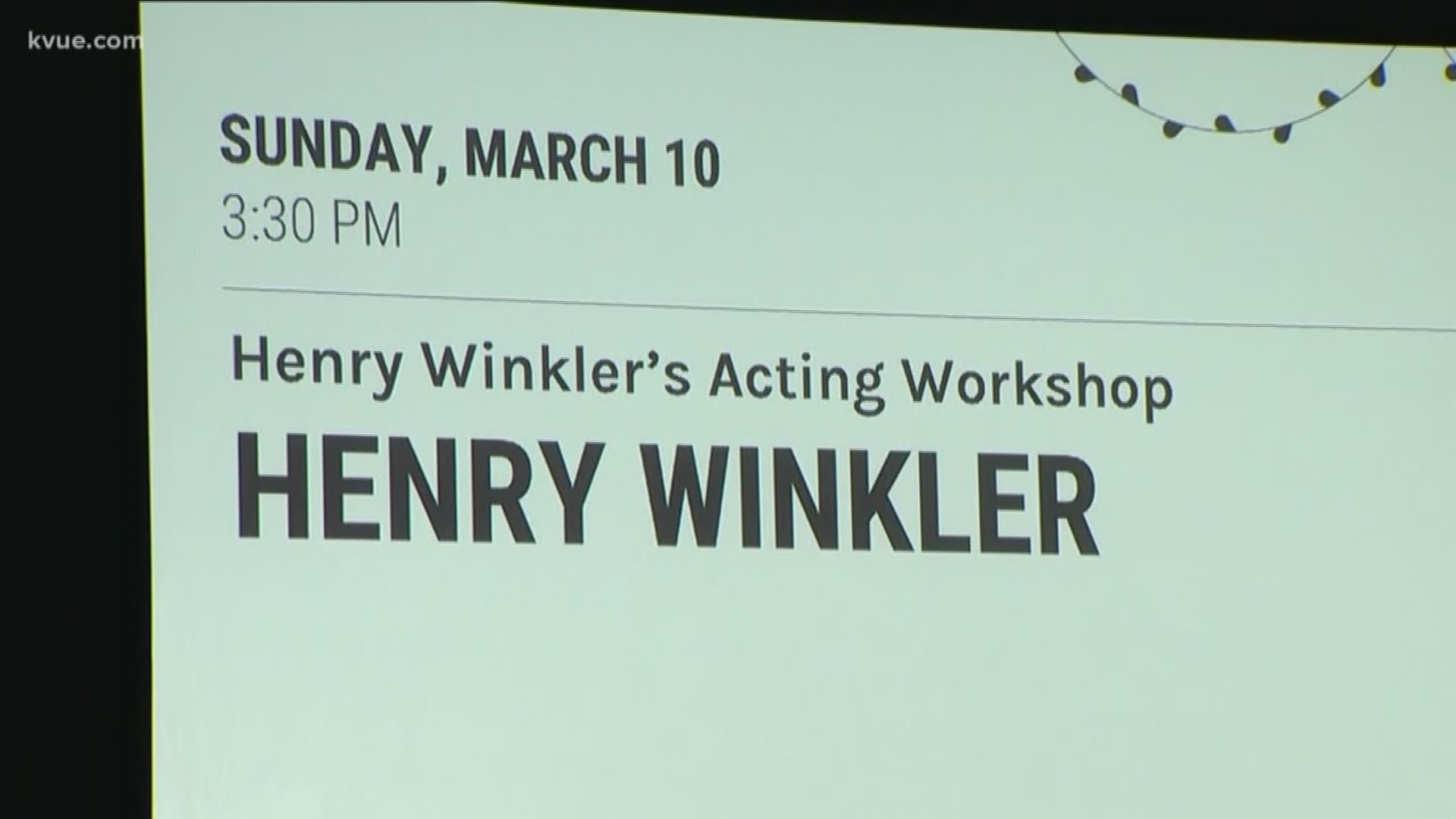 AUSTIN, Texas — Plenty of stars are in Austin for SXSW – including one that brought his charm and wit to the stage and the job he has in a television show.

Henry Winkler, who's best known for his iconic role of Fonzie on 'Happy Days', is in Austin to promote the HBO show 'Barry,' where he plays acting coach Gene Cousineau.

On Sunday at the Austin Convention Center, Winkler did what he does best: acted.

RELATED: 'A special moment for us.' Final episodes of 'Broad City' premiere at SXSW 2019

RELATED: ‘I wanted him to be Moondog, always’ | Director, cast of ‘The Beach Bum’ tell set stories at live Q&A during SXSW 2019

He went on stage, played the part and gave the audience some advice on what they need to do as if he were an acting coach.

"You must be honest about your ability," Winkler said. "You must train your ability. You must have an inordinate amount of tenacity, which will get you where you want to go. You also have to have a good amount of gratitude, so that you're not angry along the journey."

Winkler even brought people up on stage, allowing them to give a monologue. He then gave them a critique of their work.