The tower first opened to SXSW employees in June. A coffee shop in the lobby is open to the public. 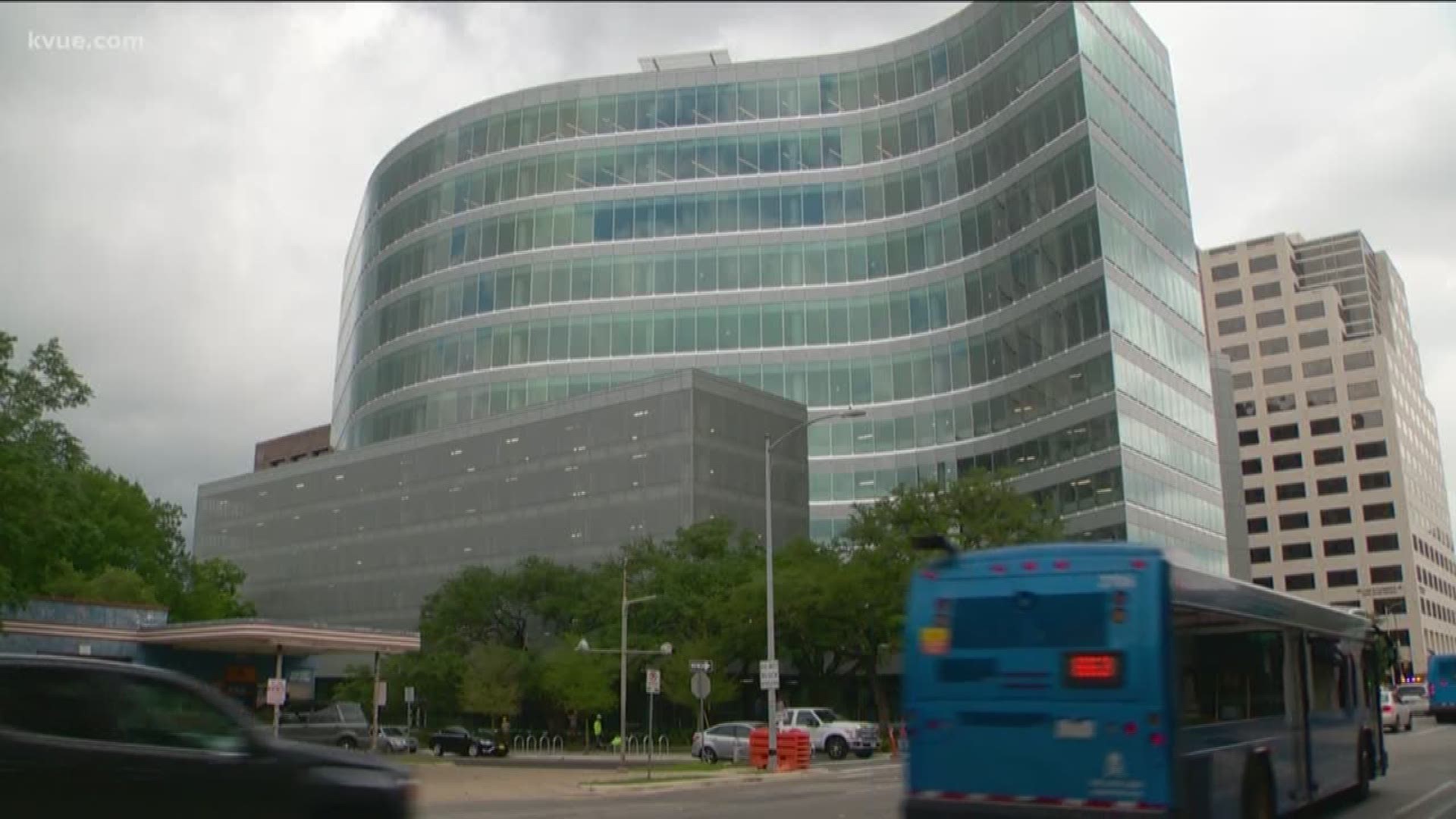 AUSTIN, Texas — Downtown Austin has a new addition on the corner of 14th and Lavaca streets.

The building is 13 stories and the top two floors are where the offices for the iconic conference are located. The rest of the office floors will be leased out to different companies, including WeWork, Butler Snow and Parthenon Capital.

There were multiple firms involved with designing the center, including lead architects at Pei Cobb Freed & Partners. The legendary architect, I.M. Pei, who is widely known for designing the Louvre's Pyramid in Paris, founded and led the firm for years. He passed away in May at the age of 102. The SXSW Center is the only structure in Austin created by the world-renowned firm.

The media was invited to get a look inside the center on Tuesday, but the head of facilities for SXSW, Frank Schaefer, gave KVUE a tour back in May.

PHOTOS: Inside the new SXSW Center

The exterior design of the center is unique, as it makes a large curve.

"We just didn't want to build another box," said Roland Swenson, CEO and Co-Founder of SXSW. “There’s a few other curved buildings in town, but none quite like this one. It’s pretty unique."

Leaving tall live oak trees in the front of the building was also a necessity for SXSW. They wanted the building to feel local.

“The designers we worked with were very aware of our desire to do something that would be consistent with the values of the creative people in Austin," Swenson said.

Starting in the lobby, there's a wide, open space with wide, open windows. It's now home to the SouthBites Cafe and Coffee Bar, which is open to the public.

"It's an activated lobby, it's not a pass-through," Schaefer said. "We wanted a lobby to be so you could enjoy the outdoors."

The ceilings and SXSW logo-covered back wall have lighting that can change colors.

RELATED: The musical foundation of SXSW: Has it changed for better or for worse?

Taking a trip up to the rooftop, there's an obscured view of nearly all of downtown. The Hill Country to the west can be seen in the distance, and the Capitol is right next door, with its dome being the main attraction.

“It’s beautiful to be right here looking at the Capitol like that," Schaefer said.

There's also a room with wide, open windows just before you step outside onto the large terrace.

“You’re sort-of combining the outside with the inside," Schaefer said. "We're lucky to have such a site that has this incredible view."

How will we eat in the future? SXSW panel has some surprising answers

The future of Austin transportation revealed at SXSW

Two floors down are the SXSW offices, where the view also isn't half bad.

“Just how open and expansive it feels is what really gets everybody excited about moving here," Schaefer said.

Overall, Swenson said they hoped to bring a creative atmosphere. And they hope the atmosphere around the building helps the new tower fit right in.

"It'll last longer than I will – it'll be around after I'm gone," Swenson said. "We've left our mark on the world."