The event, which was scheduled for Saturday, Sept. 21, was supposed to benefit the SIMS Foundation. 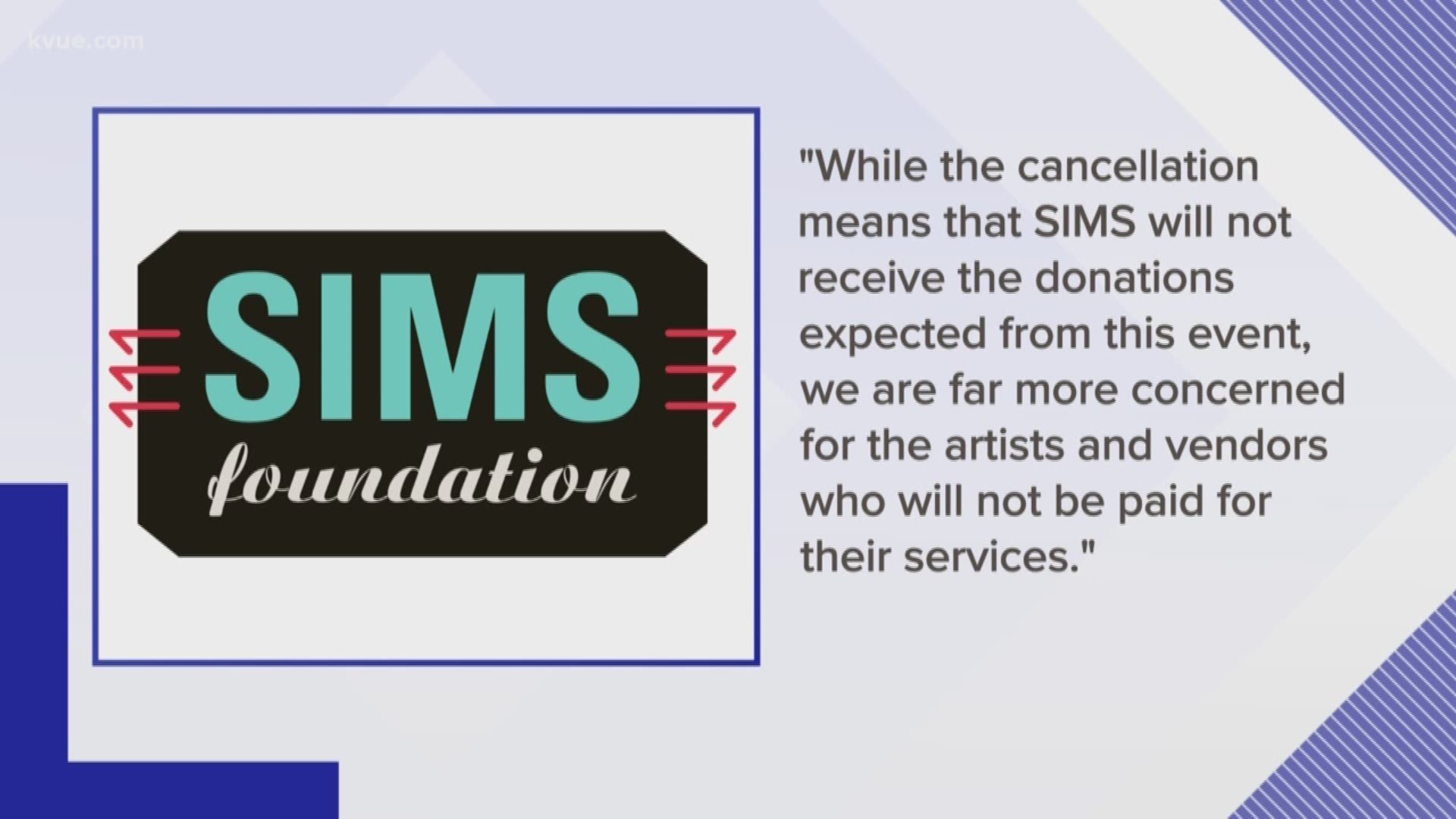 AUSTIN, Texas — It was supposed be an evening of fun and live music, but some are now calling it the "Fyre Festival of Austin."

The "Rhythm on the Water" event – featuring the band Kalu & The Electric Joint – should have been a three-hour boat cruise with food and drinks for $85.

Instead, it ended up dead in the water.

"It's not my fault, but it seems super embarrassing to have even been attached to that," Kalu James told KVUE.

On Saturday, several hours before the event was scheduled to begin, James said the promoter never showed up.

"You had the sponsors there waiting. Everyone was ready. Everyone showed up but the promoter," he said.

Because James and his band had been warned by other bands about the promoter's prior business practices, he said he and the promoter agreed the band wouldn't perform unless they were paid with a cashier's check or cash ahead of the performance.

James said they never got paid.

Then, the boat captain said the promoter had also failed to pay him for the event, according to James, and that he wouldn't move the boat.

At 5:17 p.m., 43 minutes before ticket holders were supposed to arrive at Walsh Boat Landing to board the boat, the organizer posted on Facebook that the event had been canceled due to "unforeseen circumstances."

According to a City memo, the City closed the Walsh Boat Landing several days prior to the event for a months-long construction project, meaning the boat landing wasn't accessible to the public in the first place.

As part of the agreement James said he signed with the promoter, Kalu & The Electric Joint was not allowed to perform in Austin 30 days before or after the event. He and his band member were counting on the payment for the event to cover their costs for the two months of not performing.

"At the end of the day, we are still out of that money and we are out of 60 days of no shows in between, right on the month of ACL when there's a lot going on in the city," James said.

James told KVUE that despite hearing from his musician friends and colleagues about their negative experiences with the promoter, he still agreed to perform because the event would have benefited the SIMS Foundation, an organization that provides mental health and substance abuse services to Austin musicians.

"A way to give back as well because I'm receiving some much from them ... was an absolutely necessary step to say yes," he said.

"While the cancellation means that SIMS will not receive the donations expected from this event, we are far more concerned for the artists and vendors who will not be paid for their services. In addition, there are many non-profits who are also affected by this very unfortunate situation."

Still, Kalu & The Electric Joint played an impromptu show at the Sahara Lounge, thanks to his friends at the Golden Dawn Arkestra. James said some of the sponsors were able to bring the food and drinks that were intended for the event to the Sahara Lounge so that they wouldn't go to waste.

According to the event page on Eventbrite.com, the sold-out event had a no-refund policy. Some ticket holders told KVUE they're having trouble getting their money back because the promoter is not responding to their emails.

The promoter, Brandon Veuleman, told KVUE's Pattrik Perez he'd give him a call Monday afternoon but never did.

As of Monday afternoon, James said he still hadn't heard from Veuleman.

Because he feels Veuleman breached his contract, James and his band will continue to perform this month. Their next performance is scheduled for Saturday, Sept. 28, at Antone's.