The free festival will include in-person concerts and performances across more than a dozen live music venues in the Red River Cultural District in Downtown Austin. 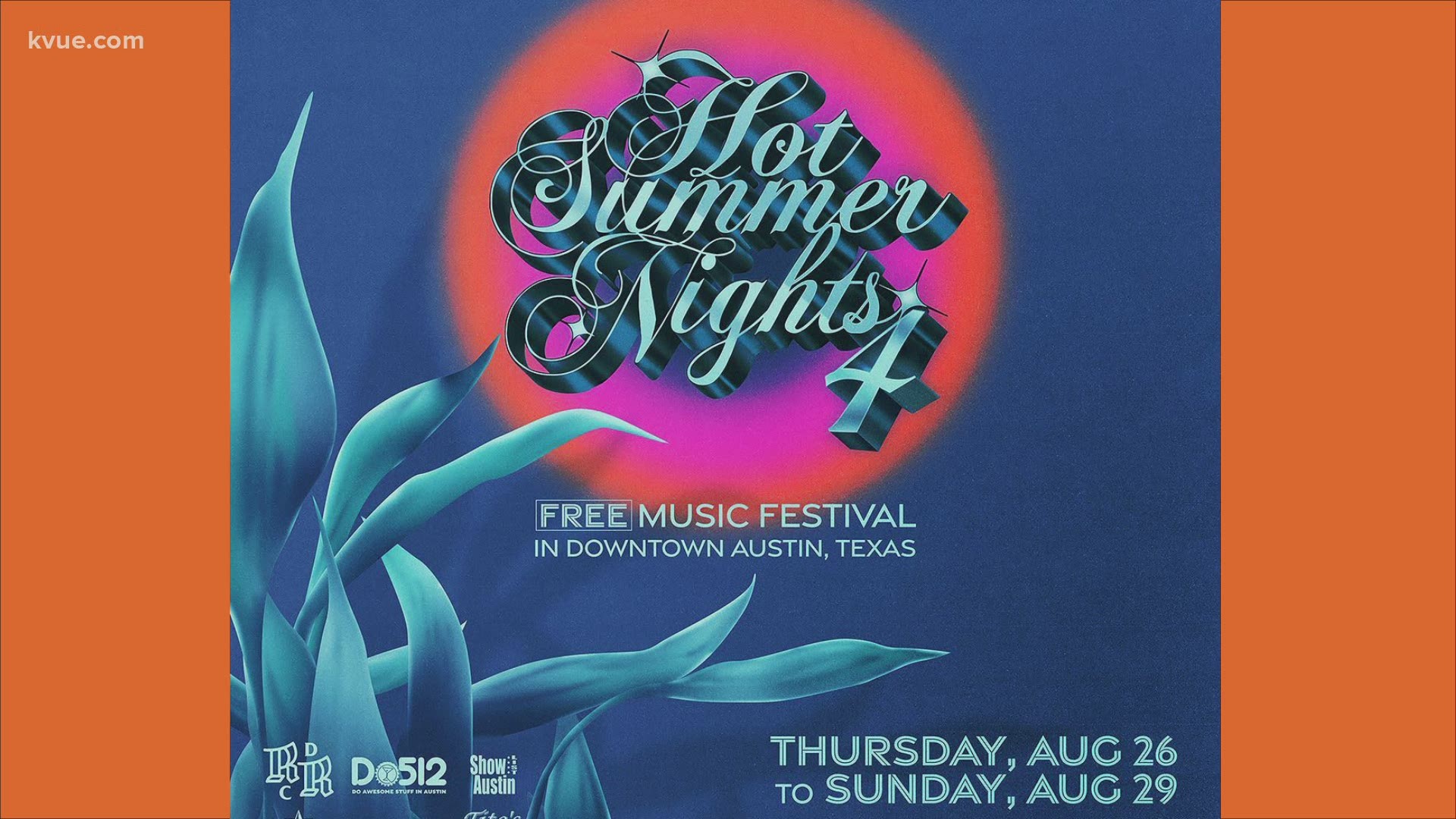 The free festival will run from Thursday, Aug. 26, through Sunday, Aug. 29, and is set to feature a full slate of in-person concerts and performances across more than a dozen live music venues within the RRCD. Past participants and new venues are slated to participate.

"Our Red River community finally has the opportunity to come together to make rad stuff happen. After over a year, I’m excited to explore every amazing space, hug old friends, and watch closely as some of Austin’s best local musicians bring us back together,” said Cody Cowan, executive director of the RRCD.

The Hot Summer Nights festival was founded in 2017 and was originally created as an effort to provide additional revenue to district members, as well as local musicians and staff during the traditionally slower summer months. It is one of two annual festivals the RRCD hosts, the other being Free Week in early January.

Proceeds from this year's Hot Summer Nights will go on to further support the RRCD’s emergency relief fund, Banding Together ATX, which supports Austin's live music community. According to a press release, since its inception in March 2020, Banding Together ATX has awarded $225,000 across more than 3,000 individual grants.