The Austin Reggae Festival returns for its 26th year this weekend. 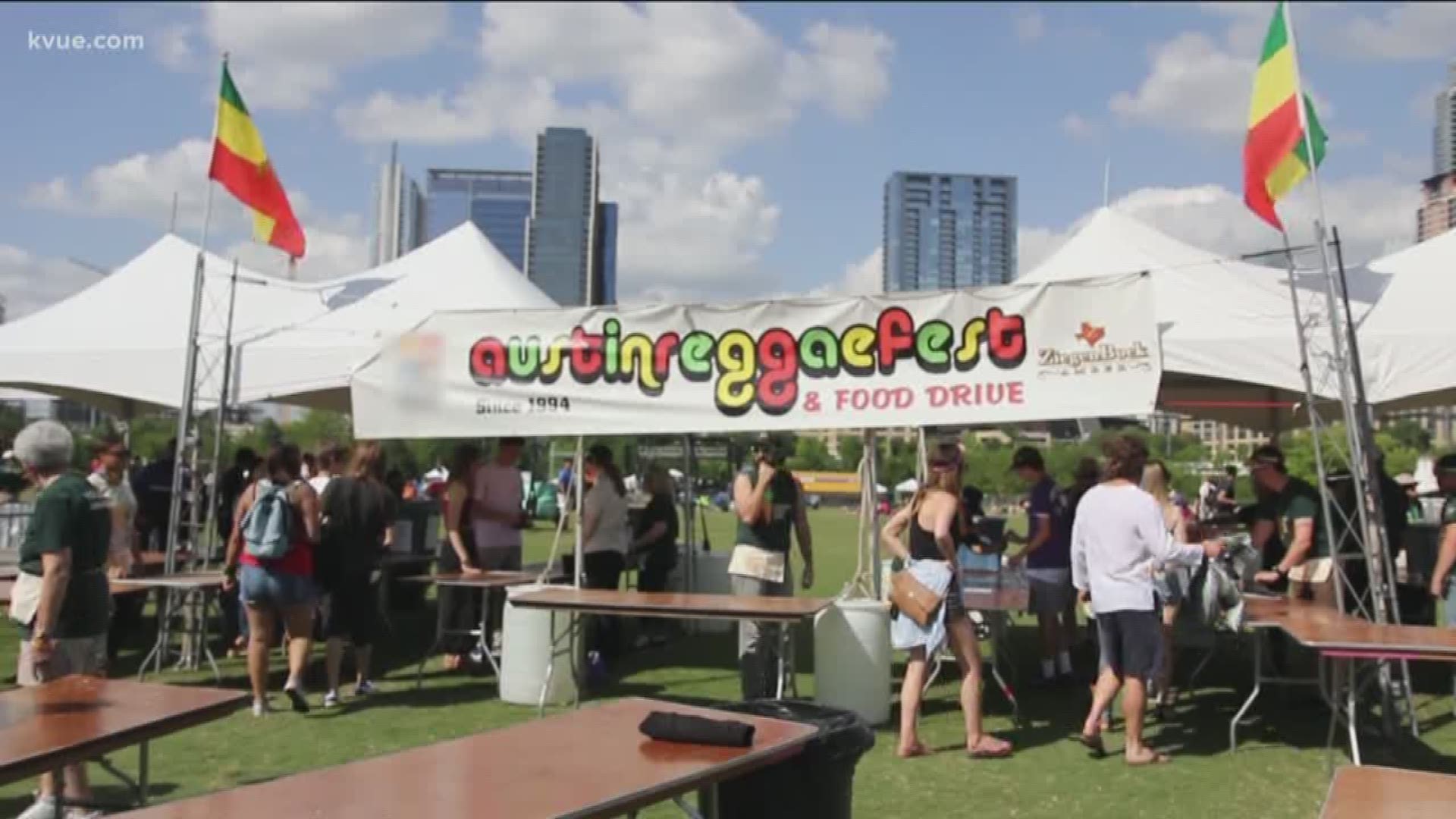 AUSTIN, Texas — The Austin Reggae Festival started in 1994 as a one-afternoon event and has grown into a three-day festival celebrating great music, food and community.

Last year alone, the event raised more than 620,000 meals for the Central Texas Food Bank, making it one of the organization’s largest single fund- and food-raising events.

Over the last five years, the Austin Reggae Festival has provided more than 2.2 million meals.

Event organizer Hugh Forrest said that this is probably the most talented lineup the event has had. You can catch Grammy Award nominee Etana, whose album “Reggae Forever” was nominated for the Best Reggae Album award.

A portion of each festival ticket price benefits the Central Texas Food Bank, which serves 46,000 people each week.

The Austin Reggae Festival kicked off Friday, April 19 at 3 p.m. at Auditorium Shores and continues Saturday and Sunday, starting at noon each day.

For more information or to purchase tickets to the fest, click here.