The band jokingly said that the next record they release will feature “strictly theremin.” 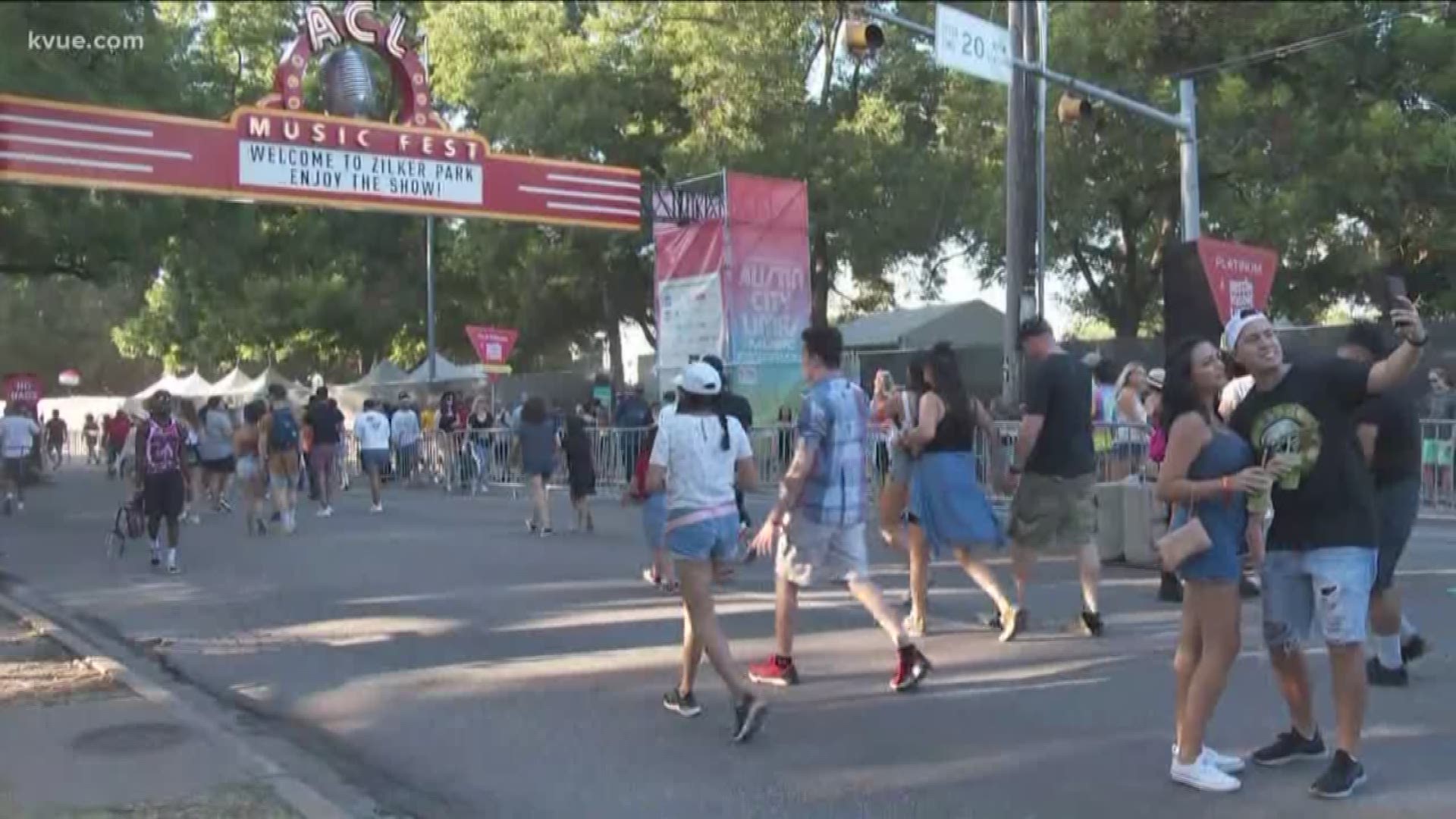 AUSTIN, Texas — FIDLAR frontman Zac Carper told the crowd at the Austin City Limits 2019 Music Festival that the band was “ready to sell out,” jokingly contradicting the message of the previous song, which said that they’ll “never sell out.”

The Los Angeles based punk-garage rock band gave an electrifying performance in the Austin heat, and at the end of nearly every song bassist Brandon Schwartzel let out a high-pitched, cheerful “thank you.”

“I’m just very grateful for everyone who comes to our show,” said Schwartzel.

Near the start of their set, the band asked the crowd if it was always this hot outside, which was met with a resounding "yes" from nearly everyone in the crowd.

Throughout the performance, multiple small mosh pits broke out, and at one point, Carper encouraged part of the audience to open up a space for an all-girl mosh pit, claiming that there’s often “too much testosterone in the pit.”

“I saw that in Australia with a punk band that I went to go see,” said Carper. “Like every good American, you just rip them off and bring it over to the states and boom!”

“They're stoked to hear that’s something we do,” said Schwartzel. “‘Like finally, it’s nice not to have some bruiser dude like push me into the ground.’”

When the band began to play one of their most popular songs titled “By Myself,” the audience responded by loudly singing along.

This seemed to catch Carper off guard. He laughed and – in a seemingly joking manner – said “this is so stupid.”

Many of the band's songs touch on heavy themes like struggling with addiction, alcoholism and mental health in general. But somehow they manage to give them a happy and exciting party-song sound.

“When you’re sad, you want to feel happy,” said Schwartzel.

The band said that mental health should be talked about more and the younger generation is talking about it and getting help.

“We can’t control what anyone does,” said Schwartzel. “But you hope you can help people get through difficult times in their lives and inspire them.”

FIDLAR released their third album “Almost Free” back in January. The album is a slight departure from the typical semi-chaotic “FIDLAR” sound and seems to have more structure.

The band started out as a group of kids who just wanted to play loud rock music, and now they tour worldwide and play major festivals like ACL.

“It’s cool that we get to do it for a living,” said guitarist Elvis Kuehn. “It’s been an interesting ride so far.”

“We had a long strange trip,” said Carper. “It’s awesome.

“Almost Free” was released four years after their second album “Too,” which focuses largely on Carper's struggles with alcohol and drug addiction.

“Almost Home” focuses more on the band exploring and expanding on their own sound and venturing outside of their comfort zone.

FIDLAR said that they treat every show the same, even though a club scene can have a totally different “vibe” from a festival scene.

“There’s always someone there who’s like, stoked, regardless if they're around 10,000 people or 50 people,” said Schwartzel. “As they’re standing there in the hot sun, watching us play, it’s like we’re all in this together.”

Going forward, the band said they don’t really know where their music will end up, but we should expect more theremin instrumentals.

“The next records gonna be strictly theremin,” said Schwartzel.

Working for the Weekend | ACL Festival and more