Stephan Jenkins, who will be spending time in Austin between both weekends of the Austin City Limits Music Festival, performed for hospital patients on Monday. 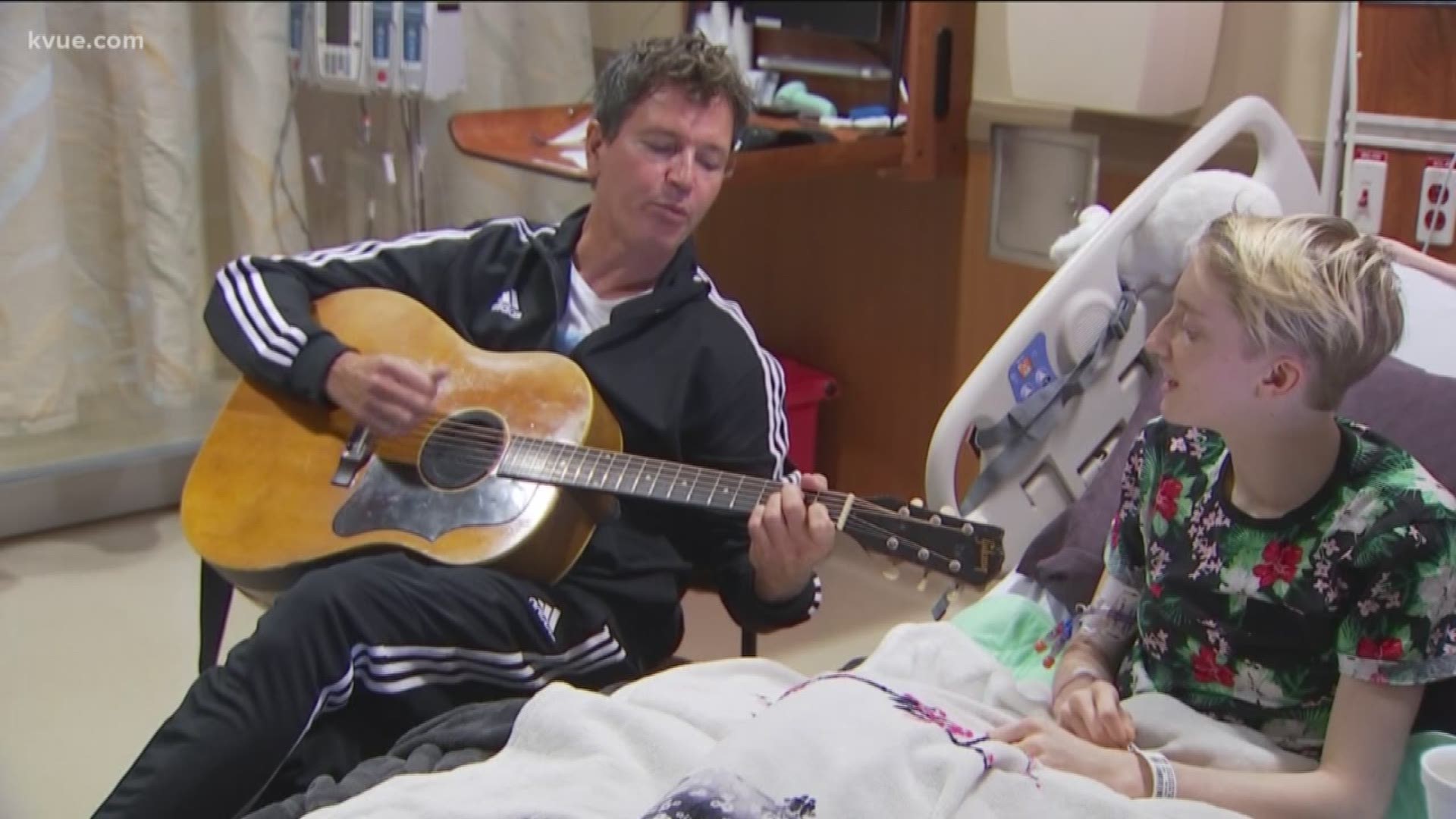 AUSTIN, Texas — During his performance Sunday at the Austin City Limits Music Festival, Third Eye Blind frontman Stephan Jenkins told the crowd the band would be hanging around Austin all week leading up to their second performance during Weekend 2.

It turns out, he spent the next day giving back to those less fortunate – those who couldn't go to ACL because they were in the hospital. He stopped by St. David's South Austin Medical Center to give fans intimate performances.

One of those was Third Eye Blind fan Austin Erickson. He said having Jenkins come perform for him was a great way to help break up his monotonous days in the hospital.

"When you're in a hospital, you kind of get this fishbowl effect, especially 'cause they won't let you out of your wing or anything, so you just kind of end up milling around," said Erickson. "So it's always nice to have something really fun to be able to look back on and help break up the way days just kind of blend together."

He said he's been at St. David's South for a couple days, but he's been in the hospital for about a week and will likely spend a few more weeks there as he battles aplastic anemia, a condition that affects his bone marrow and his production of white blood cells. As a result, he's more prone to infection.

However, having Jenkins come to visit put a smile on his face and he said he's lucky to have the kind of support that he has.

"It was awesome! He's very chill, he's a cool dude," said Erickson. "I really like his music. 'Jumper' means a lot to me because, as like a gay, trans dude, knowing the backstory of the song ... it's just really important to have that kind of support from people who are outside of the community because it means that the people in the community are better protected."

Jenkins also paid a visit to the family of a newborn baby boy and he performed a quiet song for a sleeping baby Miles. His mom said her new baby is already a big fan.

Jenkins' visit was sponsored in part by an organization called Musicians On Call. Since the organization began in 1999, volunteer artists have performed for more than 750,000 patents, families and caregivers at healthcare facilities across the country.