Man accused of punching women in face during ACL Fest

A woman reportedly told the officers that a man she did not know walked up and punched her and her friend in the face while they were watching a concert. 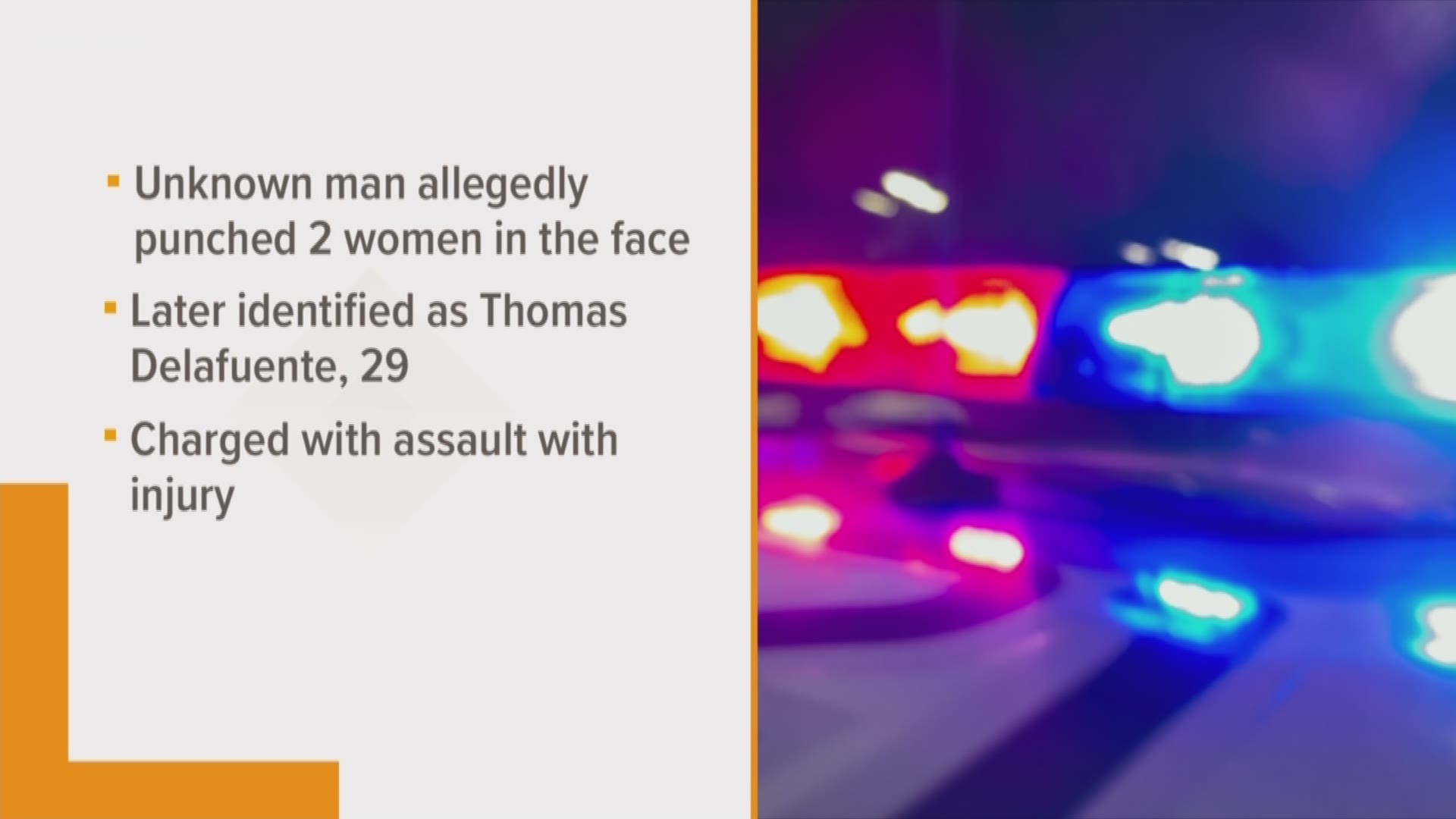 AUSTIN, Texas — A man is facing charges after he allegedly punched two women in the face at the Austin City Limits Festival over the weekend.

According to KVUE's media partners at the Austin American-Statesman, a woman approached officers during the festival Friday afternoon. The woman told the officers that a man she did not know walked up and punched her and her friend in the face while they were watching a concert.

Later, the Statesman said officers were flagged down by a different person complaining about a man identified as Thomas Delafuente, 29. The festival-goer told officers that Delafuente was being verbally aggressive with everyone he walked by and appeared to be drunk.

The women who initially approached officers identified Delafuente as the person who punched them.

Delafuente has been charged with assault with injury, a Class A misdemeanor, the Statesman said.

According to online records, Delafuente is not in custody as of 9 a.m. Monday.

WATCH: Music fans bundle up for the start of ACL Fest Weekend 2