A large portion of the cast is expected to attend the virtual event on Oct. 11. 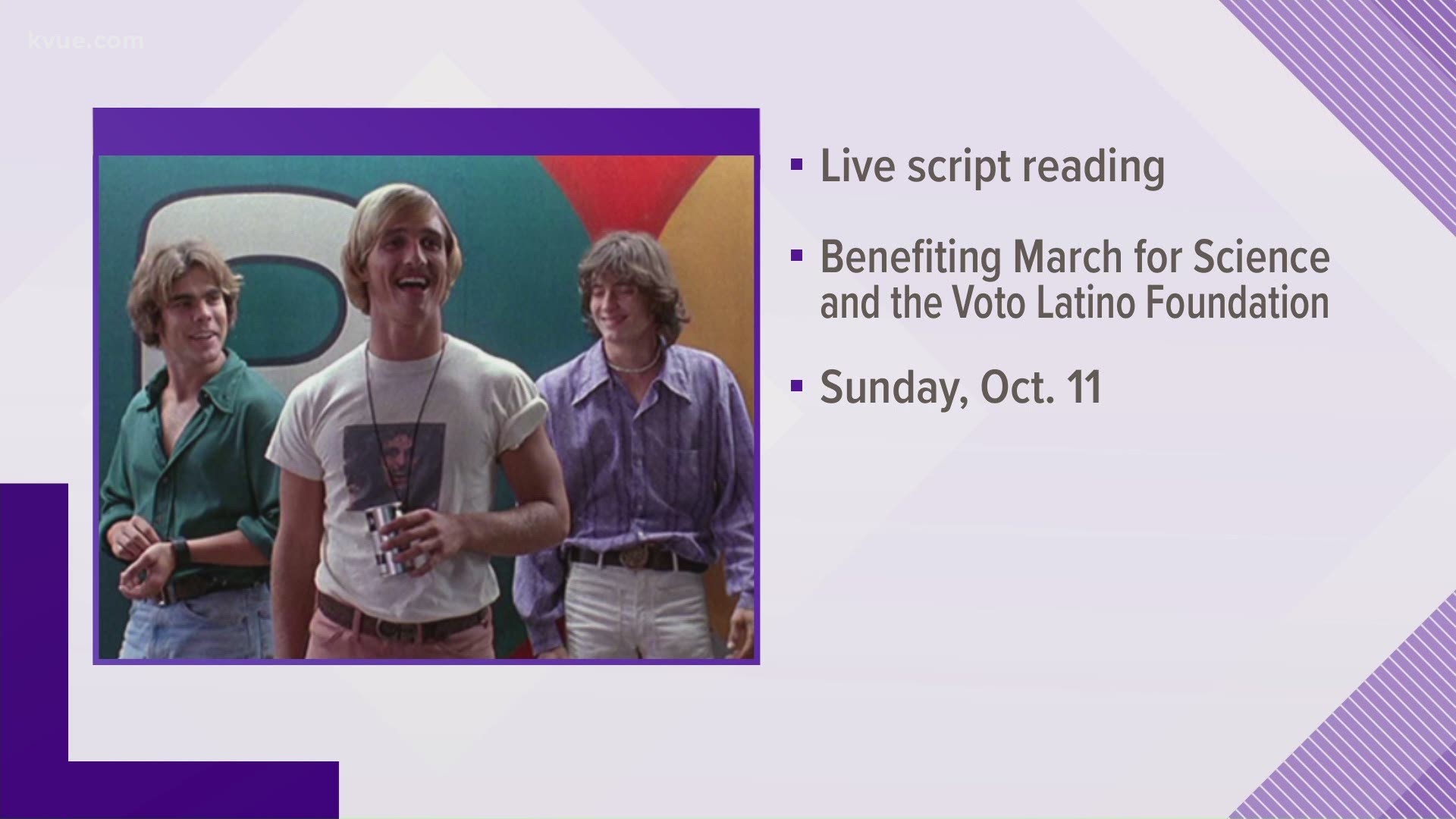 AUSTIN, Texas — The case of cult classic film "Dazed and Confused" will be reuniting all in an effort to inspire you to vote.

According to a press release from March for Science, cast members will meet up for a virtual table reading on Oct. 11. A big portion of the cast will attend, including Matthew McConaughey, Ben Affleck, Parkey Posey, Adam Goldberg, Anthony Rapp and Wiley Wiggins. Patton Oswalt is expected to moderate a Q&A after the reading.

The event is being held to raise money for March for Science and the Voto Latino Foundation's campaign promoting voting in the state of Texas.

The 1976 film by Richard Linklater follows a group of Austin high schoolers on their last day of school. It's known for launching the careers of its stars, such as McConaughey himself, along with Affleck and Posey.

The event is expected to be streamed live on Sunday at 6:30 p.m. You can watch it here.

Donors will be emailed an access link to the event on the day of the event.