Hi How Are You Day 2020 celebrates life, legacy of Daniel Johnston

Johnston passed away in Sept. 2019 from natural causes and left behind a legacy of music, art and mental health awareness.

Thai, How Are You has closed, but Daniel Johnston's mural will endure

The mural was commissioned by The Library Foundation and was created by artist Jason Archer. Archer created the piece by mimicking Johnston's playful, surreal style and key themes. 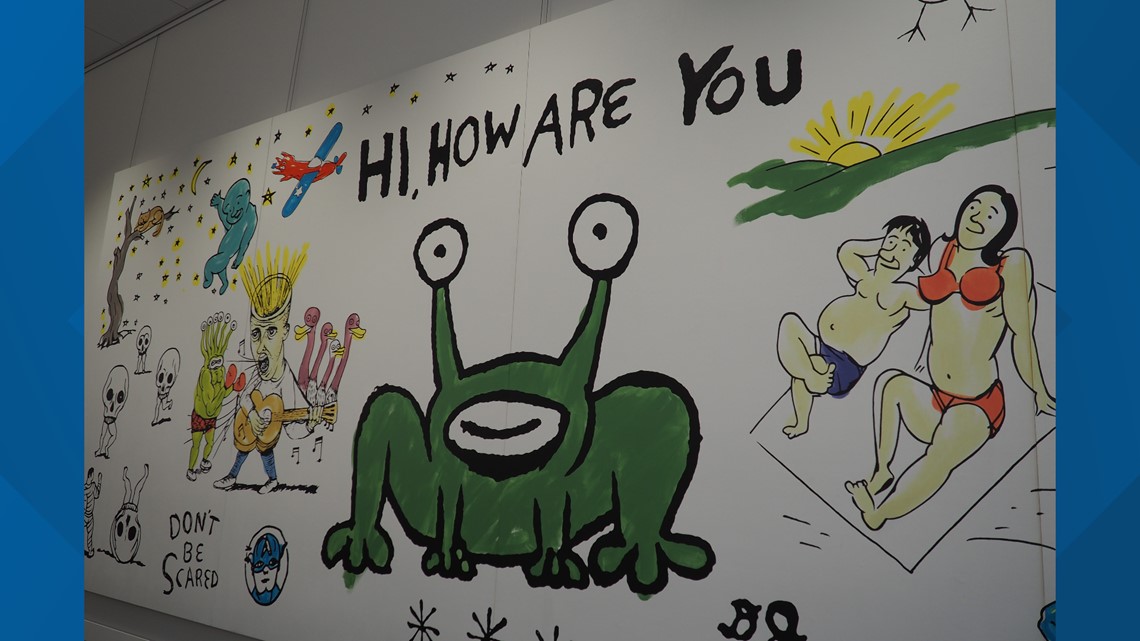 The Hi, How Are You Project, an organization started to bring awareness to mental health, was one of the mural's sponsors.

Daniel Johnston-inspired restaurant, 'Thai, How Are You?,' closes down

The unveiling on Wednesday coincides with Hi, How Are You Day, which is also Johnston's birthday.

Hi, How Are You Day will feature performances by White Denim, Tunde Adebimpe, Jason Falkner and headliner Cage the Elephant.

Hi How Are You project founder Tom Gimel said, "It is a different vibe here backstage. I mean these are artists that play stadiums and arenas and festivals around the world, and today they're coming in and they're giving their time and their talent to the Hi How Are You project. So it just feels like family, and everybody's super friendly, and not only backstage – we also hear that it's the most friendly concert that you will ever attend."