Cinemark opens one location in Pflugerville amid pandemic

Cinemark's press release said employees will use extra safety precautions, but people still have mixed feelings about going back to the movies. 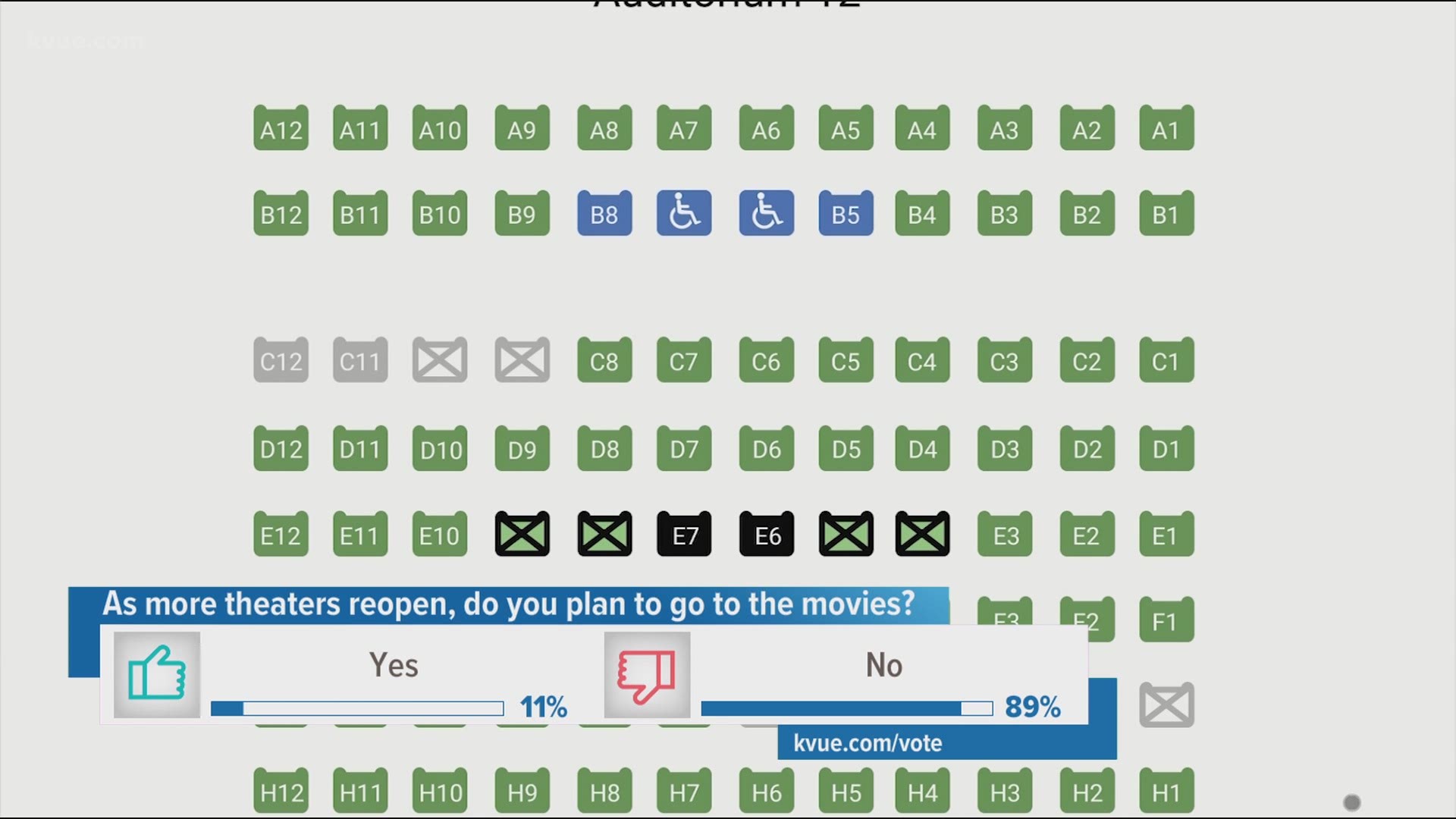 PFLUGERVILLE, Texas — Cinemark movie theater chose 10 locations across the country to reopen, and one is in Pflugerville.

The movie theater is located on FM 1825. The theater will be showing what it calls "comeback classics," with films like "Jurassic Park" and "Back To The Future."

"I feel like that makes it a little less appealing, just because I can watch those on TV or even go to some of the drive-ins," said Hunter Buchmuyer.

Buchmuyer said he is still considering going despite the pandemic.

"There's a lot of people that are scared about going out and about, but if you think about it, we're doing things every day that put us at risk," said Buchmuyer. "So I think if you are taking the necessary precautions then you can still enjoy some things."

The Cinemark press release said workers are taking several safety precautions. Some of the big changes are cashless payments at concession stands, sanitizing high-touch areas every 30 minutes and new seat buffering technology that will automatically block seats next to your party to ensure social distancing.

Afenkhena said no matter how much cleaning employees do he won't put himself at risk to watch a movie.

"I think we should think about safety first," said Afenkhena. "Any life that is gone you cannot get it back, but your money, you can make it back any time."

Tickets are $5 for adults and $3 for children and seniors.

While most movie theaters remain closed, IPIC at The Domain has been open for two months and Regal just announced it plans to turn on the big screens Aug. 21.