No acceptance letters from an owl needed – everyone is invited! 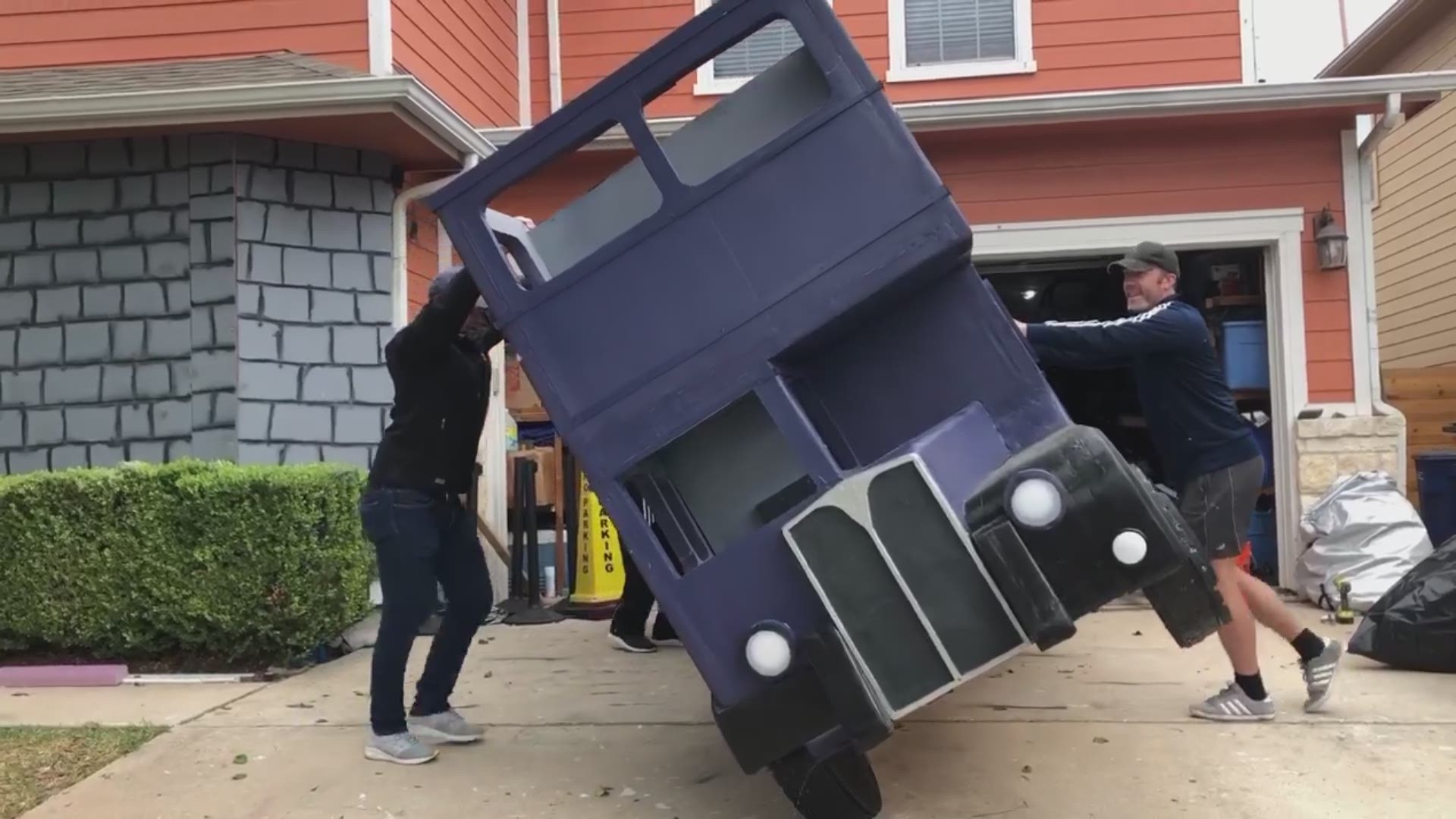 AUSTIN, Texas — Attention Austinites, your chance to experience the magical world of Harry Potter is here, but only for three days.

Amanda and Joel Pace are a Harry Potter-loving family who have turned their house into "Diagon Alley ATX" for the past couple of years.

The project came from Amanda's past medical issues, as a way to distract the family. Going all out on decorations was a fun way to get everyone out of the house and stick together.

"The first year we really decided to grow the display was in 2017, the year I was diagnosed with breast cancer," Amanda told KVUE. "It was the first time our family had really laughed and smiled that year."

The family keeps fans updated through their Facebook page, posting throughout the year their building process.

Earlier this month they posted a video showing their "double-decker bus" tipping over and breaking after what they stated was "months of work and more than $2K in materials."

But don't worry, they received more than twice the amount of donations they needed to fix "The Knight Bus" through their GoFundMe page.

After their decision to "really go big" in 2018, the family made several improvements to the display for this Halloween.

"This year, we added Eeylops Owl Emporium, The Knight Bus – half-size, close-to-scale model – a Winged Key Tunnel and The Leaky Cauldron," said Amanda. "Austin Scoops will be providing samples of their Butterbeer ice cream outside of our Florean Fortiscues' Ice Cream Parlour display."

The family is hoping to continue to turn their house into Diagon Alley for one more year, but unfortunately, this may be the last time they're able to do so.

"Last year, a wonderful family donated space at a ranch they had just purchased," said Amanda. "We are actively seeking donated storage space so we can do this one more year. If we don't find storage, then this will be the final year."

Amanda said the family has easily spent thousands of dollars out of pocket, not including the time of volunteers or Joel's time building.

Credit: The Pace Family
Joel Pace enjoying some "Butterbeer" while working on the display.

"Hard to put a price on the joy it's brought to our community," said Amanda.

No need to run into walls to get there, the experience will be located at Circle C Ranch across from a park.

A post on the house's Facebook page said participants "must be in line by closing time to walk through Diagon Alley ATX."