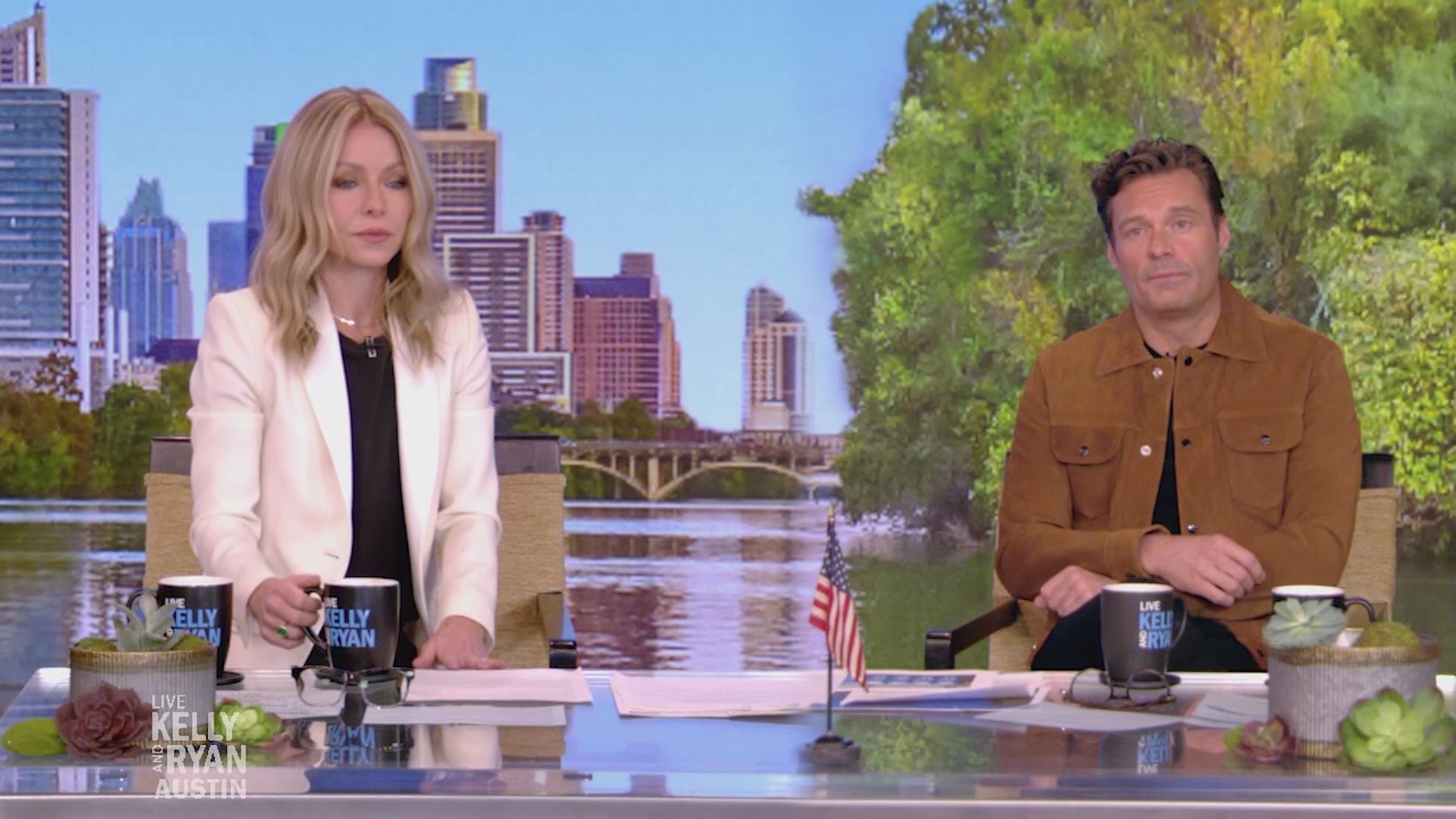 AUSTIN, Texas — "Live with Kelly and Ryan" is taking the show on the road this week ... at least virtually. The show is highlighting warm-weather destinations across the country, such as Miami on Monday's show, and Austin on Tuesday.

Kelly and Ryan's Texas host was none other than KVUE anchor and meteorologist Jason Mikell, who joined the show live from Vic Mathias Shores on the shores of Lady Bird Lake.

I see you boo!!!!! Rockstar! pic.twitter.com/vK2M3uGSwh

Due to technical difficulties, Tuesday's show did not air at its normal time on KVUE. To watch the full video, the program will re-run at 1:35 a.m. Wednesday.

Television viewers in the Austin area can watch "Live with Kelly and Ryan" weekdays on KVUE at 9 a.m.

Watch: Woman loses wallet in Florida Walmart, Good Samaritan drives to her home to return it