Brigadier General Jeannie Leavitt is currently stationed at Joint Base San Antonio-Randolph, where her accomplishments yielded a call from Hollywood. 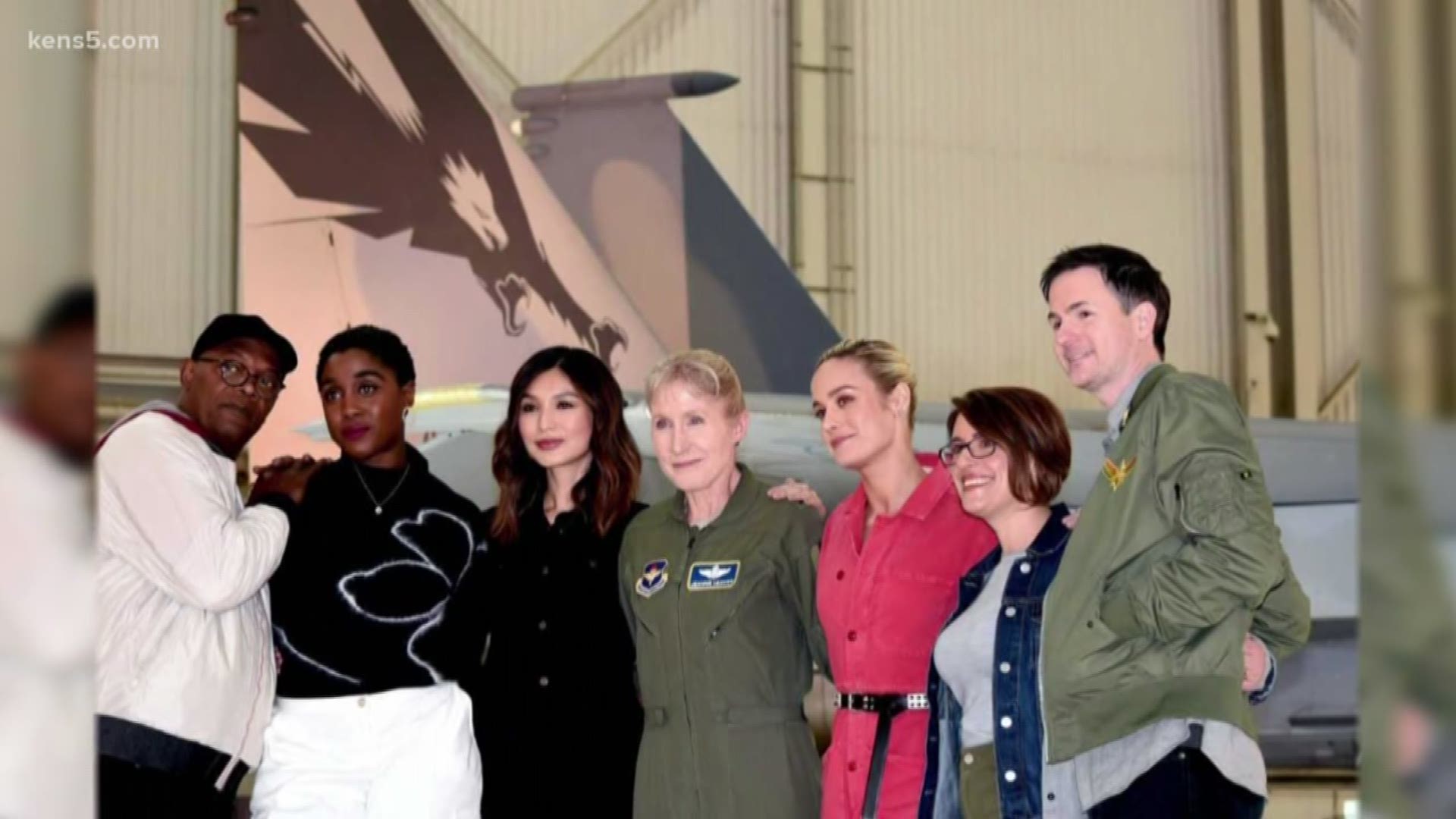 SAN ANTONIO — It never occurred to Brigadier General Jeannie Leavitt as a little girl she’d grow up to be a big deal in the United States Air Force. She admits a career in the military never even crossed her mind as a child.

“It changed weekly,” She said. “A lot of times it was a veterinarian because I love animals.”

The St. Louis native’s interest in math and science put her on the path for the United States Air Force. She did her undergrad at the University at Texas Austin and got her masters from Stanford University first.

“When I started pilot training in 1993, women had been flying for some time in the Air Force—almost 20 years,” Leavitt said.

The law allowed women to fly in combat. The Department of Defense had not changed its male-centered combat policy when Leavitt wanted to become a fighter pilot.

“So I was told no when I asked for a fighter,” She recalled.

“I didn’t want to be first,” she said. “I just wanted to fly fighters - but based on my timing, I was first.”

The 52-year-old said after rigorous and realistic training she flew missions in Iraq and Afghanistan. She admits the reality can be terrifying.

“First you cross into enemy territory, and you know people on the ground would like to shoot you out the sky,” she said. “The adrenaline goes up. The heartbeat increases, but you fall back on that training pretty quickly.”

She is now the Commander of Air Force Recruiting Service at Joint Base San Antonio-Randolph, where her accomplishments yielded a call from Hollywood.

The producers and director of the movie Captain Marvel wanted her to consult on their upcoming movie. She agreed.

Leavitt worked with the movie staff and its star Brie Larson on making her role as Carol Danvers, aka Captain Marvel. Danvers is a fictional Air Force officer who becomes a member of a super alien race known as the Kree. She evolves into a superhero.

Leavitt’s job was to work with Larson on being a female pilot.

“She is very talented. She is observant,” Leavitt said. “She was very interested in getting it right.”

The Brig. Gen. recalls the Oscar-winning actress asking lots of questions. She said Larson wanted to know if the Brig Ge always carried her helmet bag on her left shoulder.

“I had to stop and think about it,” Leavitt recalled. “I always throw it over my left shoulder, because I want my right hand free to salute the crew chief and shake his or her hand when they hand off the forms.”

The two also worked on getting in and out of a cockpit before finally putting the actress inside of a high-performance aircraft.

Leavitt did press junkets and even walked the red carpet for the Captain Marvel premiere. Her mission for the high-grossing movie was accomplished.

Her day job as a commander continues as she looks for the best America has to offer.

“We’re looking for people with physical strength, moral strength, mental strength who have grit and determination,” she said. “We need to have the absolute best team.”

Captain Marvel is scripted. Serving the United States is a strong reality.

“The way we are going to win is with our people,” Leavitt said.