They weren’t expecting a particularly large number of attendees for the first Austin City Limits Music Festival in September of 2002. 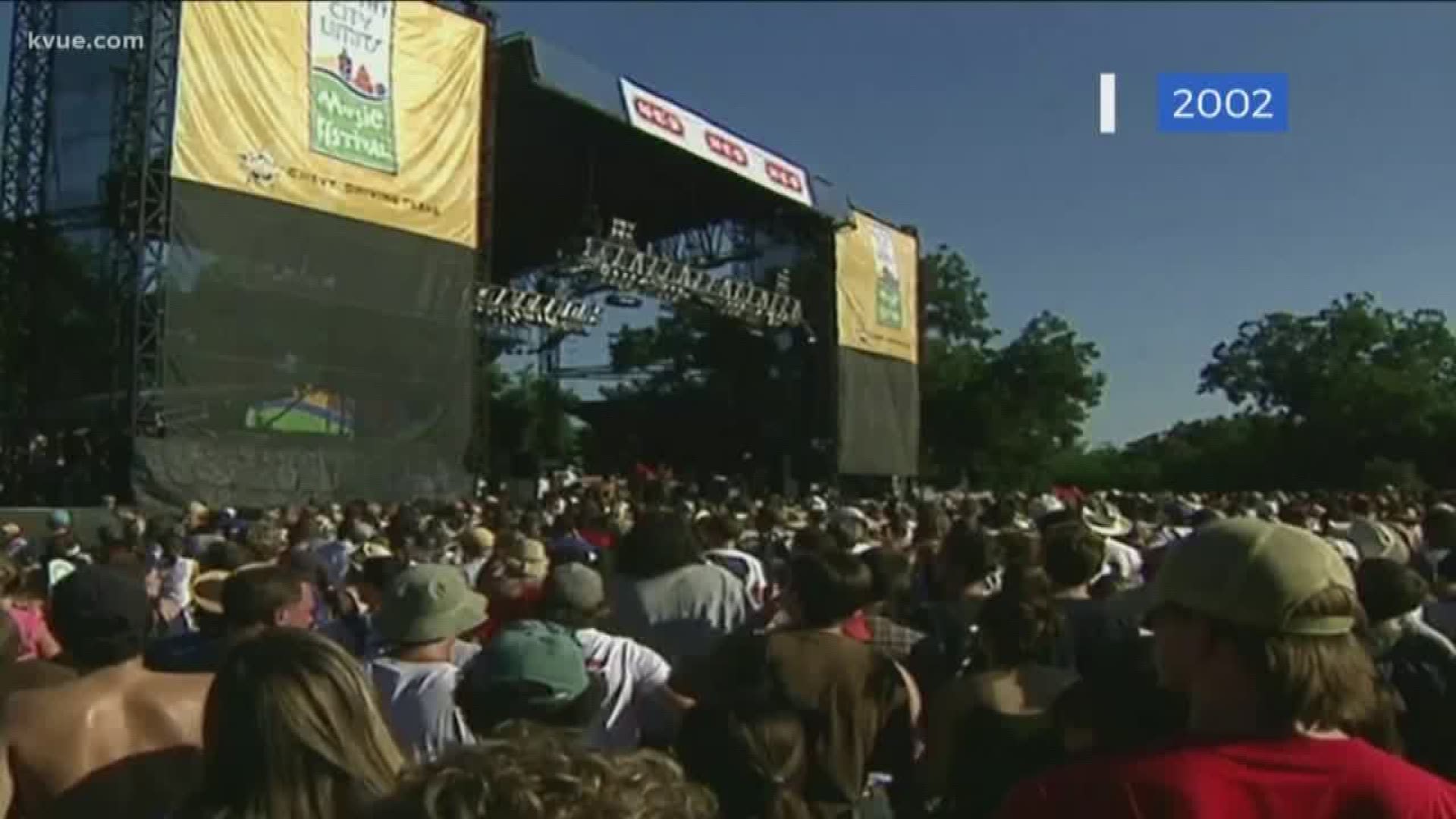 AUSTIN, Texas — They weren’t expecting a particularly large number of attendees for the first Austin City Limits Music Festival in September of 2002. Promoters had hoped 25,000 would show up, but 43,000 came – and an annual Austin tradition was launched.

Now, 17 years later as ACL gets underway this weekend, it is one of Austin’s – and the nation’s – premier music events.

KVUE took a look back at the early years of ACL – including the infamous “dust bowl” and “mud bowl.”

RELATED: ACL 2019: Why does the Star Wars theme song play when the gates open? There's a simple answer

Sure, there have been complaints about crowds and traffic and noise in nearby neighborhoods, but festival attendees have witnessed some of the most memorable music performances of our time.

It’s a boost to the local economy. Organizers say that since 2006, ACL has added nearly $2 billion to Austin's economy.

There have been a few changes over the years. In 2012, the festival was moved from September to October, and ACL was expanded from one weekend to two in 2013.

And so, with the start of ACL year 17 on this Friday, it’s more music and more proof – as if it's needed – that Austin truly is the Live Music Capital.