The new frame was painted by local artist Joel Ganucheau. 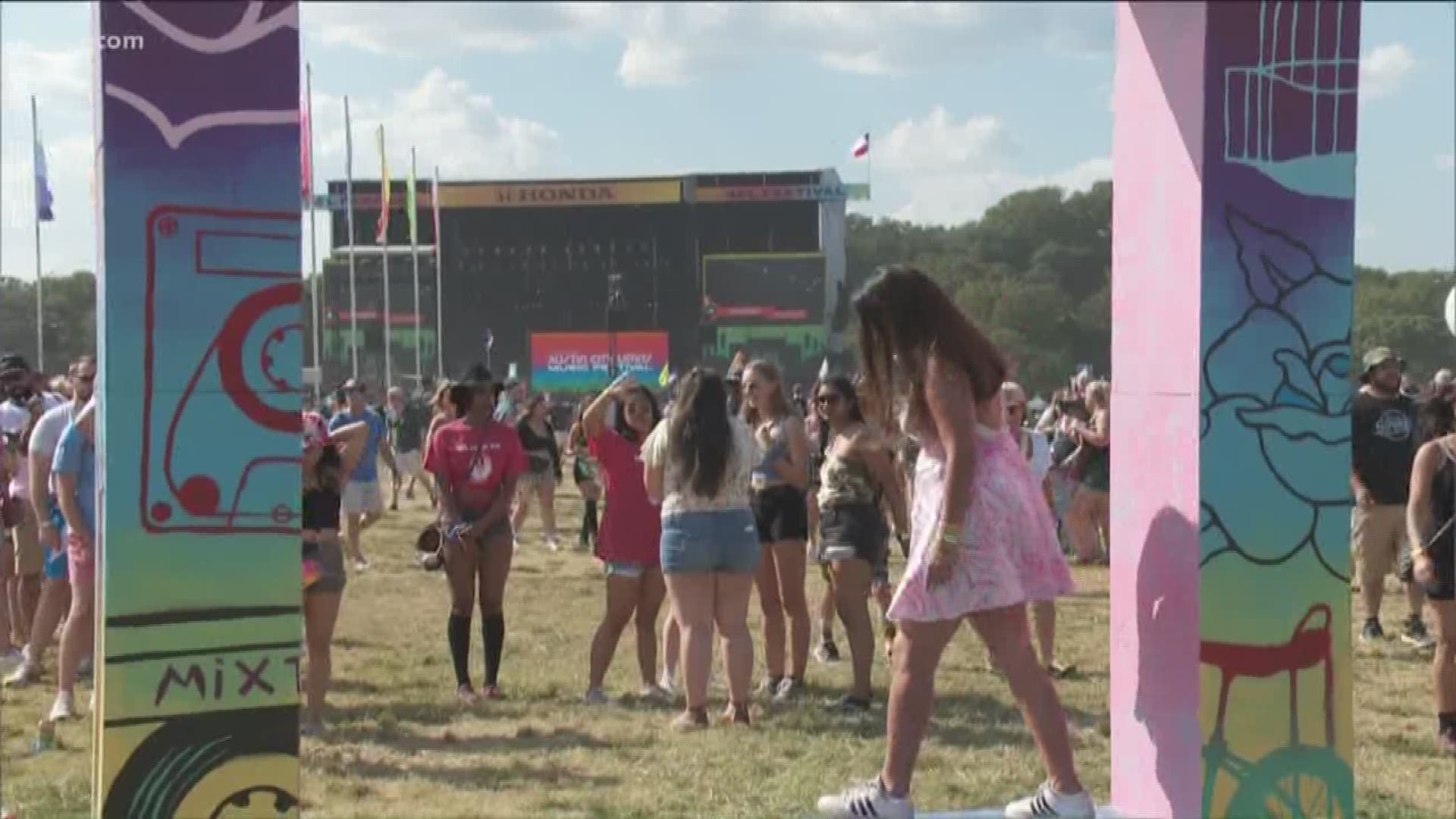 AUSTIN, Texas — In all of its years, the Austin City Limits Music Festival has had some constants: music, food and a great view of downtown. But this year there’s a change to one iconic spot at the event, as the classic ACL Festival frame has been painted by a local artist.

In previous years, the frame was brown, but Austin artist Joel Ganucheau wanted to add vibrancy and color. He was inspired by this year’s ACL Festival poster, and then added his own personal touch.

RELATED: ACL Weekend 2 will be much cooler after record-breaking heat in Weekend 1

“There are just some of my designs and some of the things that I incorporate in my paintings,” says Ganucheau.

He was given three days to paint the frame, and worked mostly nights due to the heat. He started painting on Tuesday and finished on Thursday morning at 3 a.m. Gates for the festival opened Friday at 12 p.m.

With 75,000 people attending the festival every day, there’s almost always a line to take a picture with the frame.

“It’s pretty crazy," he said. "Usually, if I’m at the festival, I’m usually in our Austin Art Garage booth or checking out bands, and I’ve never really noticed that there’s a line for that. We just cruised past it and there’s, I don’t know, 100 people waiting in line and that’s pretty mind-blowing, so I’m really grateful for the opportunity and having my name down below it.”

Joshua Brown, a witness during the Amber Guyger murder trial, was killed in a drug deal