The all-girl trio persevered through the Texas heat and technical difficulties. 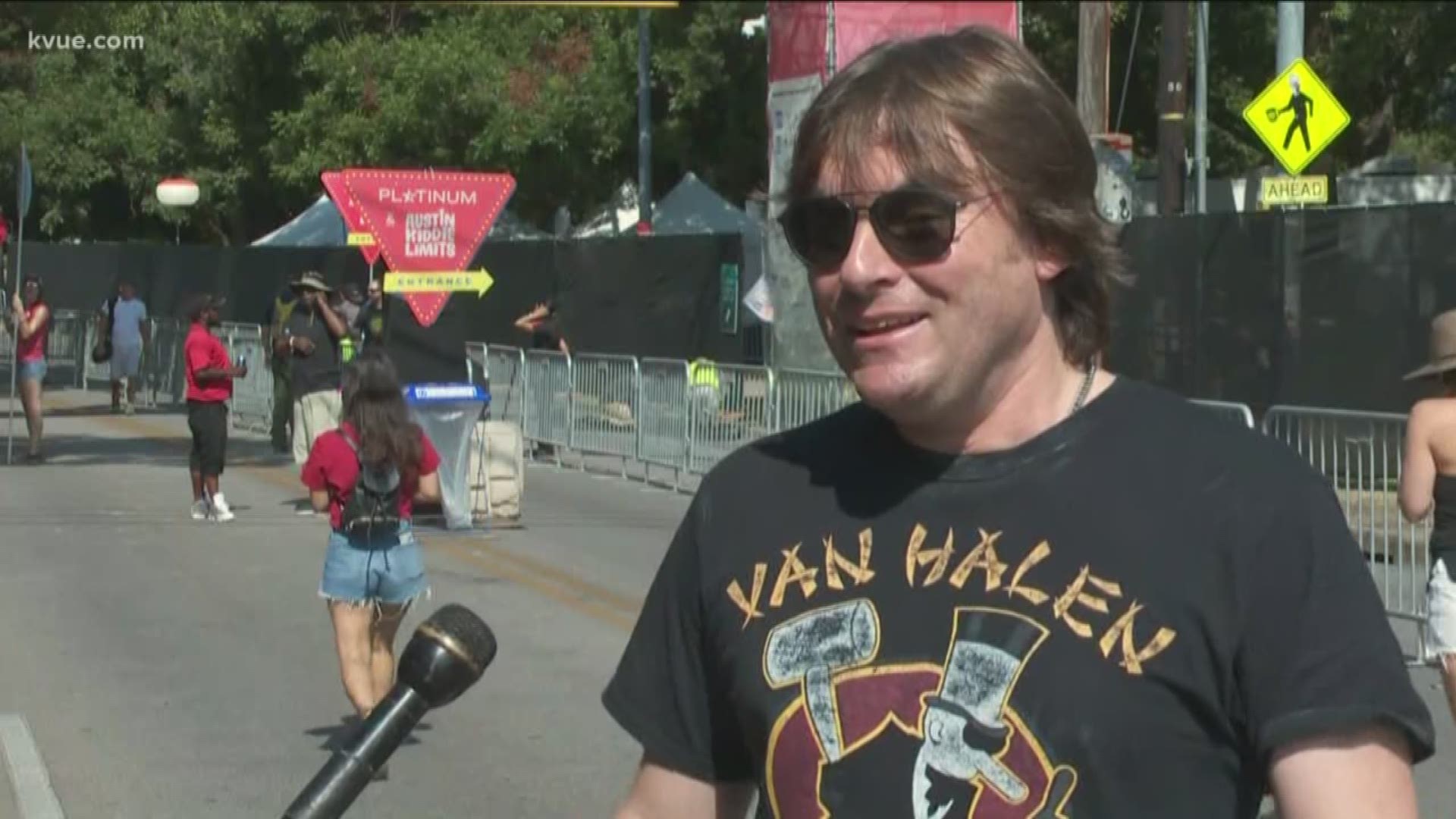 The Californian all-girl trio brought an interesting mix of sounds to the festival, easily transitioning between chill indie, punk and classic rock.

When they first took the stage, front woman and guitarist Melissa Brooks let the crowd know that “Texas is hot as f---,” which was followed by bassist and backup vocalist Keilah Nina who said, “Let’s get sweaty!” The band told the crowd very quickly that the California weather has spoiled them, and that they were going to be babies about the heat.

Nina told the audience that she smells “like a water park,” due to the amount of sunscreen she was wearing.

The first part of the set was defined by a few of their calmer songs, really leaning into their indie-rock sound. A few songs in and the band experienced a big technical difficulty.

Rather than being beaten by this struggle, Nina entertained the audience while a fix was being made.

“When I was little, I was convinced Texas wasn’t real,” said Nina. “So, haha, public school.”

While the crew was fixing the amp and bringing a new guitar, the girls did a cover of punk-rock band Black Flag’s song, “TV Party,” which proved to still be a high-energy performance despite the lack of guitar.

The stage crew brought out a working guitar for Brooks and Nina quickly asked the crowd, “Are you ready to rock?” Brooks quickly responded, “Wait, no I’m not ready to rock, I’m so out of tune,” and proceeded to get the new guitar tuned and the show was quickly back on track.

Their first few songs back started to lean more towards classic rock and quickly transformed into punk rock.

“This is called ‘Rich Boys,’” said Nina. “It’s about getting drunk and throwing up in a boy's car.”

The themes of their songs ranged anywhere from about being “ghosted” to the struggles of being an all-girl rock band.

They ended their set by letting the ACL crowd know how appreciative they were to be at the festival and shouting out Megan Thee Stallion, who’s playing the same stage on weekend two.

“It’s so crazy that we get to share this stage with so many incredible artists.”

With nearly a dozen planned bars, is Manchaca the new Rainey Street?